CentralSauce » [SINGLE] Zed’s Dead: Dropping It Like No One Else Can 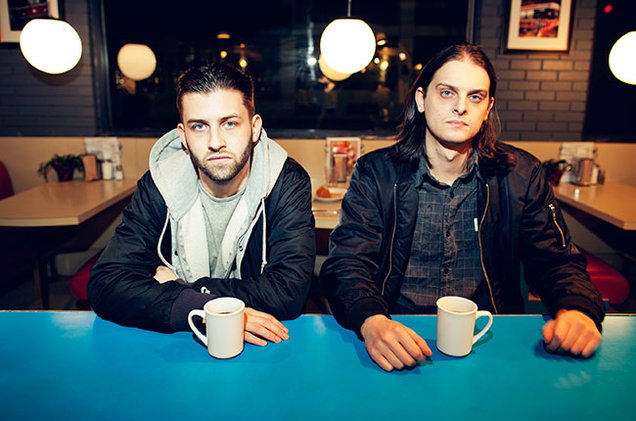 Canadian dubstep duo Zed’s Dead has been melting faces and shaking the ground since their breakout remix of Eyes on Fire hit the airwaves in 2007. Since then, the duo has gone on countless international tours, released three full length albums, and started their own bass-heavy label.

Today, Zed’s Dead dropped a bumpin’ new single that gets back to their drum and bass roots. “Lights Go Down” will be a breath of fresh air for Zeds Dead fans who fell in love with the duo for their thumping, quick-tempoed, energetic bass lines engineered to get people moving.

After the radio-friendly, house-dub sound of their most recent album, Northern Lights, “Lights Go Down” hopefully signals a pivot back to their dance-centric, drum and bass roots that they do better than anyone else in electronic music. If you vibe with the single, check out these few examples from their past.

Zeds Dead consistently puts on some of the best live shows not just in dubstep, but all EDM. I was absolutely blown away after seeing them for the first time at the first (and last ever) Magnetic Music Festival in Kennesaw, GA, and swore I would never miss a chance to see them live when they come through my city. If you’re a real basshead and haven’t seen them – even if EDM isn’t your thing – do yourself a favor and go. Tickets are never too expensive and you’ll walk out of that venue at the end of the night on an absolute emotional high. Check out a few absolutely wild clips from their last tour stop at Washington, DC’s Echostage below: