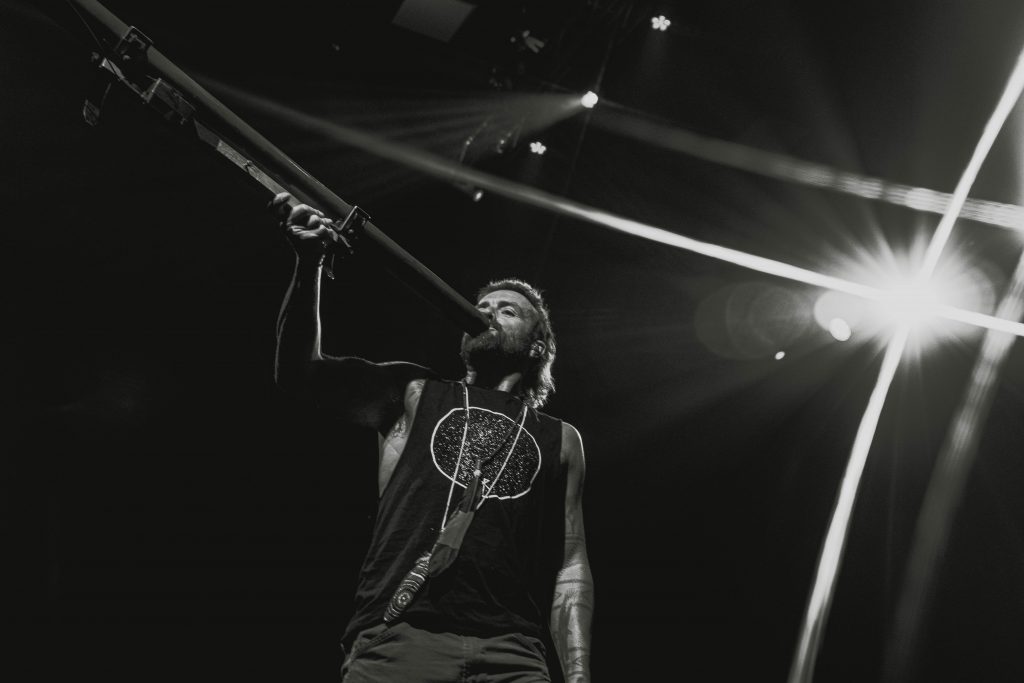 Friday, September 20th, 2019. Orlanda, Florida. One of the final shows in the midst of a month long tour through North America. Far from Australia. Very, very far…

Living in the United States, I don’t usually hear about artists from other countries, save for some rappers from the UK or the occasional “second drake” (that usually never makes it out of their own 6). The same was the case for Xavier Rudd, an artist from the other side of the world. I didn’t know who he was up until about a month before his show in Orlando. Growing up with Jamaican heritage, I knew reggae existed outside of Jamaica, but I never really listened to it. That all changed as I was doing some research on Rudd and traced him all the way back to the surprisingly substantial reggae scene growing in Australia. To be honest, I was a bit skeptical at first due to my Jamaican-American biases. But Rudd’s distinctive approach to reggae and his indigenous melodies quickly won me over. Safe to say I was looking forward to seeing what this intriguing man could do live. 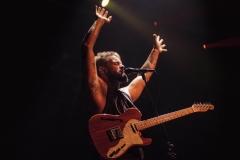 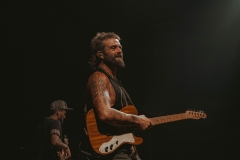 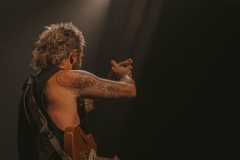 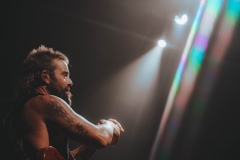 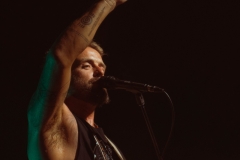 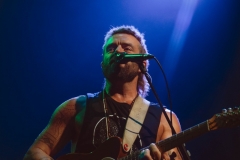 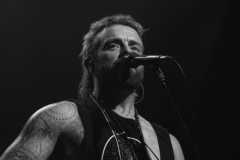 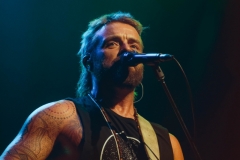 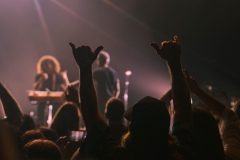 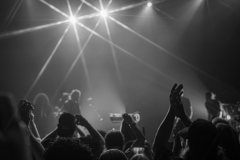 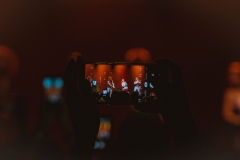 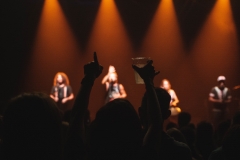 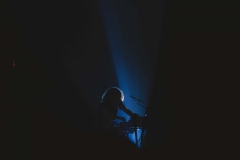 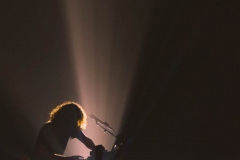 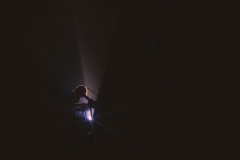 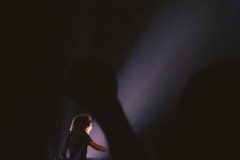 As the show room filled with fans, I studied the crowd. There was a healthy mix of people in their 30’s and 40’s; those who loved going to concerts back when they had youthful vigor, but still needed that dose of a live guitar solo every third Friday of the month.Sprinkled here and there were some college kids and old heads who could still handle loud concerts. As I turned from the stage to chat it up with some of the fans in the front row, I could gauge that this show might have a slightly livelier atmosphere than I anticipated. A fan in the front row was telling me how he’d been waiting years to see Rudd, the excited look on his face made him seem like a 4 year old on the car ride to Disney. As the lights dimmed, I asked him why he’d been looking forward to this show for such a long time. He replied, “You’ll see one thing at this show that you probably won’t see anywhere else.” 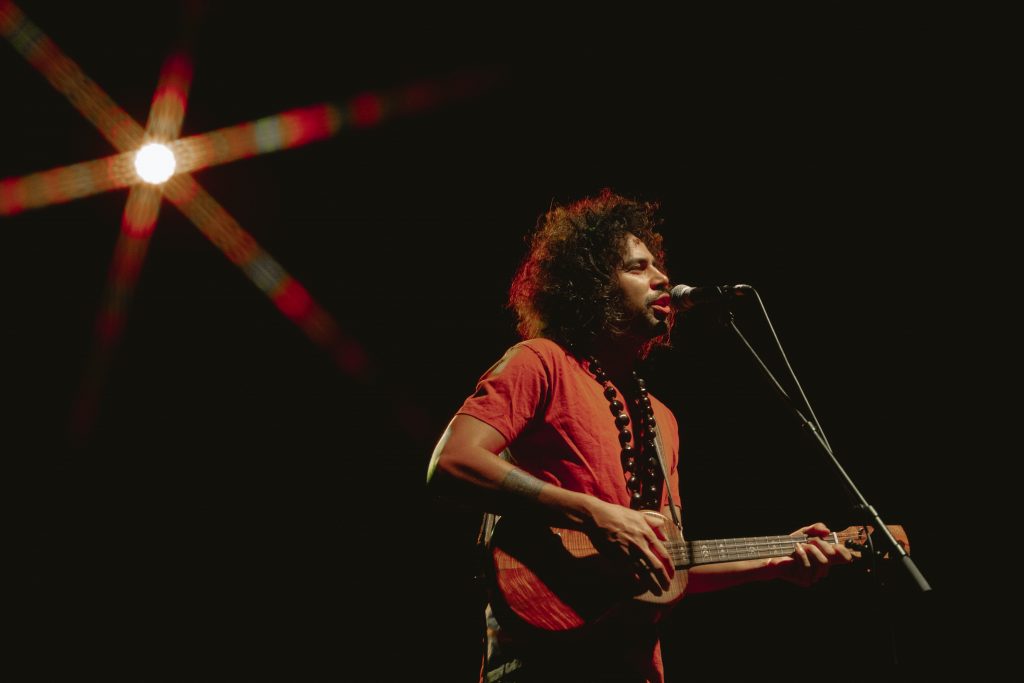 Suddenly a spotlight flashed on. It was shining brightly down onto a curly haired man with a guitar in his hands, sitting in front of a drum set and a microphone. He didn’t even look at the crowd, but you could sense this confidence, this vibrant and radiant energy about him. He uttered not one word, opting to let his fingers do the talking instead. The crowd was feeling the music as every strum of his guitar sent a beautiful melody into the air that was met with cheers and whistles. After his first song, he stopped, and in that unmistakable Australian accent he said

“Hi, my name’s Bobby Alu, and I’m so happy to be playing for the first time in this wonderful city. I’ve never been to Orlando, but you guys are great.” – Bobby Alu (2019)

Even though only half of the venue was full, it sounded like it was two times over capacity. The fans loved this man, and for good reason. He was there to show that he really loved doing this music thing, and that the money that he gained from it was just a byproduct. After the roar from the crowd died down, Bobby Alu took a seat at a drum set covered in flags and other small toys. He explained that this is how his room looked from age 4 to age 24, and that it probably won’t ever change. He pulled put his drumsticks. This next melody was something I hadn’t ever heard at a show, only something you’d heard if you watched the history channel as it had a very unmodern sound to it. Bobby then took off, you could see him enjoying every bit of the drum solo he had started, and he planned to finish with it a bang. Cheers and whistles grew louder as the solo went on, by the end of the song the entire place was in an uproar as Bobby stood up with an ear to ear smile on his face, safe to say that he liked playing in Orlando. 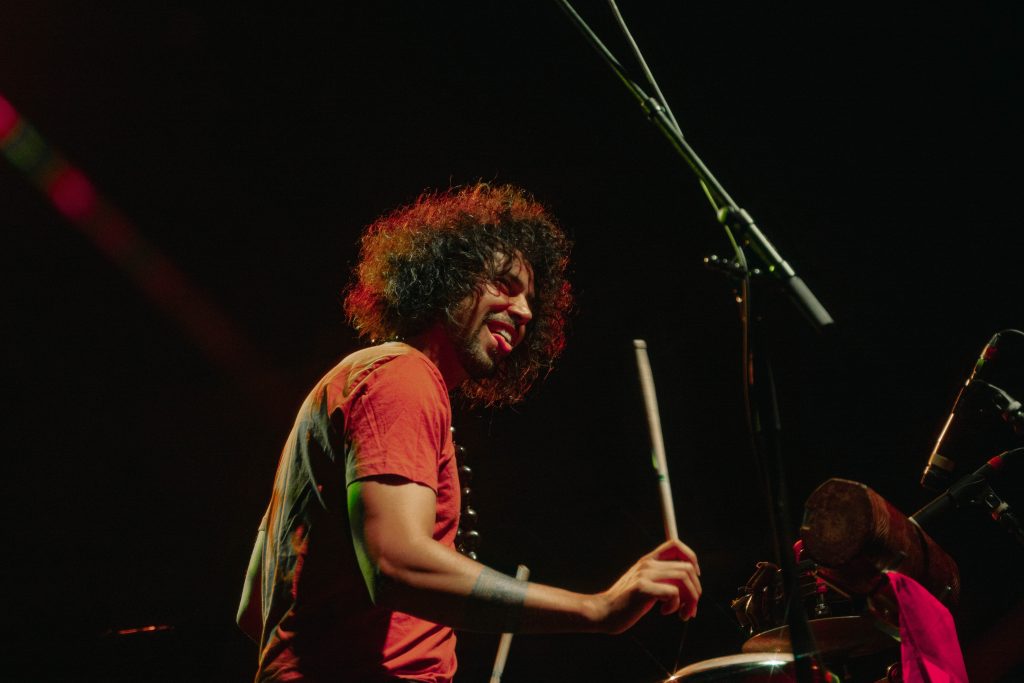 After the intermission, I could hear the show room filling up again, this time with many more fans than were present for the opening act. To ready myself for the organized chaos that was going to be the start of Rudd’s performance, I went down to the direct center of the photo pit. The sound of excited chatter filled the air as I turned around to see an ocean of smiling faces behind me, ready for Rudd to appear. One of the fans was practically bouncing with excitement and about 3 seconds later, she, along with every other person in the front row started screaming as they watched Xavier Rudd step out onto the stage in near darkness. 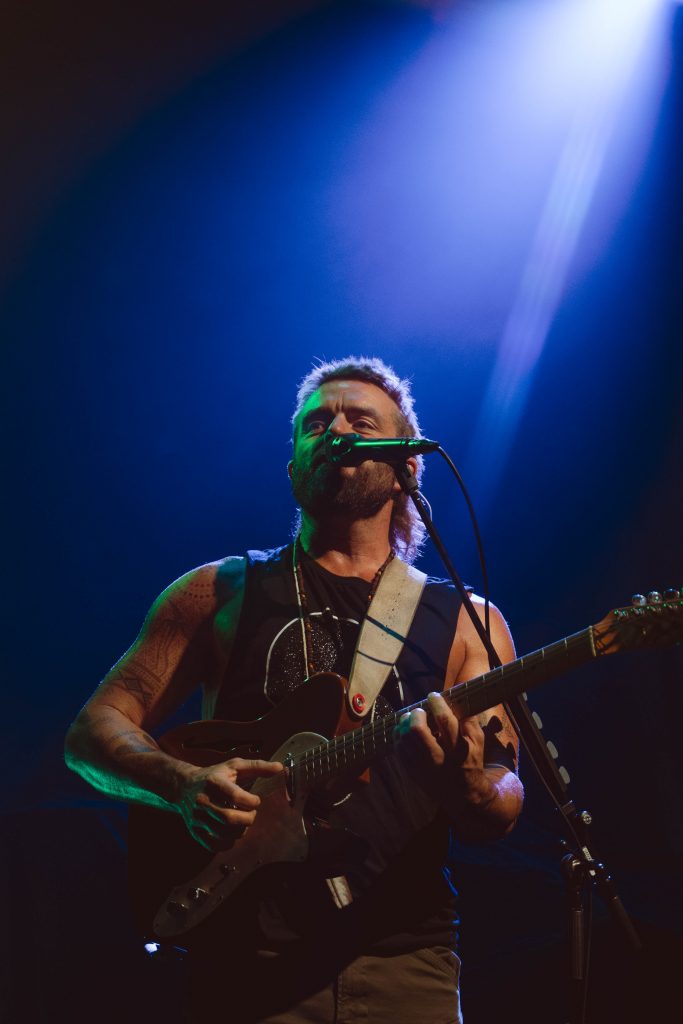 A solitary spotlight was cast down upon him upon him, illuminating only himself, his guitar, and a wooden instrument that looked like it came straight from Australia. Rudd sat quietly in his chair, guitar in his lap, his band accompanying him on stage. A keyboard began to play, softly at first, but then louder, and louder still. As the sound grew, the crowd’s cheers rose to match it, together building a perfect introduction for Rudd’s first sounds. Rudd led with his guitar, a smooth up-tempo melody, before he started to sing along to the beat. Then the rest of the band kicked in, and the stage lights flickered on. The crowd went became more and more silent as the minutes passed by, their heads swaying back and forth, enjoying the moment, only letting slip a whistle here and there, they just wanted to enjoy the music.

After about four or five minutes of playing, Rudd finally acknowledged those standing before him. He explained that he and crew had come with peace and love in his hearts, and everyone had come from all walks of life to protect and the earth we live on so we can enjoy it for years to come. I could tell that this man was just living life and enjoying every second of it, a nice “feel good” reggae tune played in the back. The fans all had wide grins on their faces, there was no doubt they were enjoying the show too. He used this mini speech to transition into song, and the beats got faster, the band failing to miss a beat. The crowd was full of energy, and the light show was fantastic. 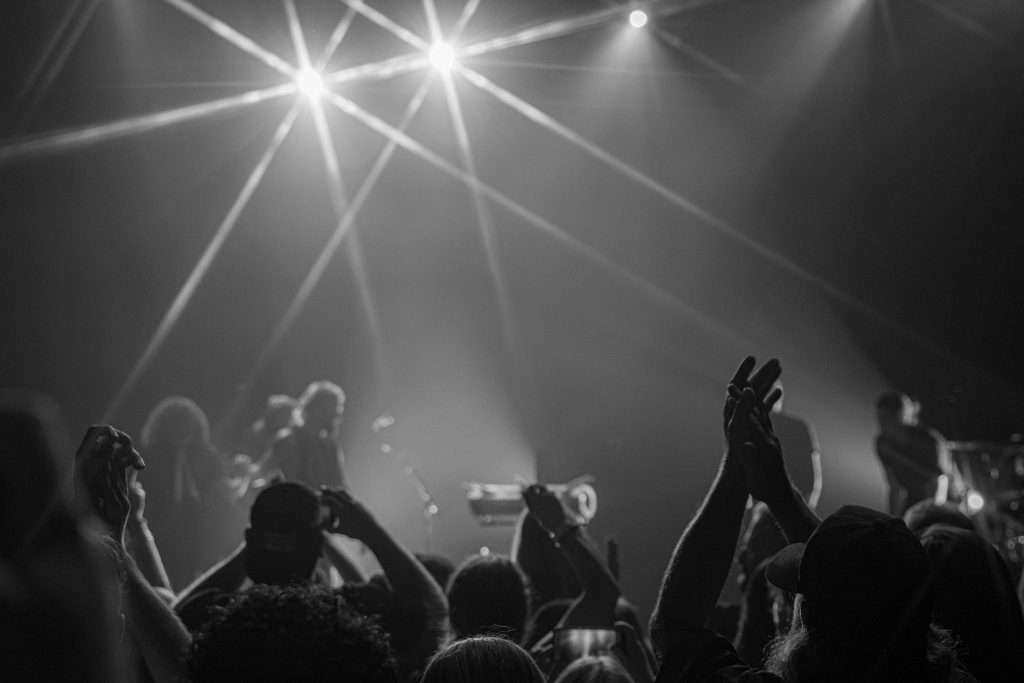 After a few more songs, the lights started to flicker off, one by one until just a single light was shining on his face and another was lighting him from behind. Xavier Rudd leaned forward to his didgeridoo and started to blow into it, a perfect transition to the next song. This was met with attentive silence rather than cheers, as people wanted to hear what such an instrument sounded like live for the first time.

The didgeridoo had a very low and rumbling voice, almost like a storm coming, but autotuned to sound like a techno beat (for lack of a better explanation). Rudd picked it up, and that’s when his drummer went ham, banging on the drums as fast as the lights were changing. Mr. Keyboard ditched the keys for drumsticks and joined in, and Rudd’s Guitarist picked up a giant Australian Aboriginal flag and started waving it around viciously. 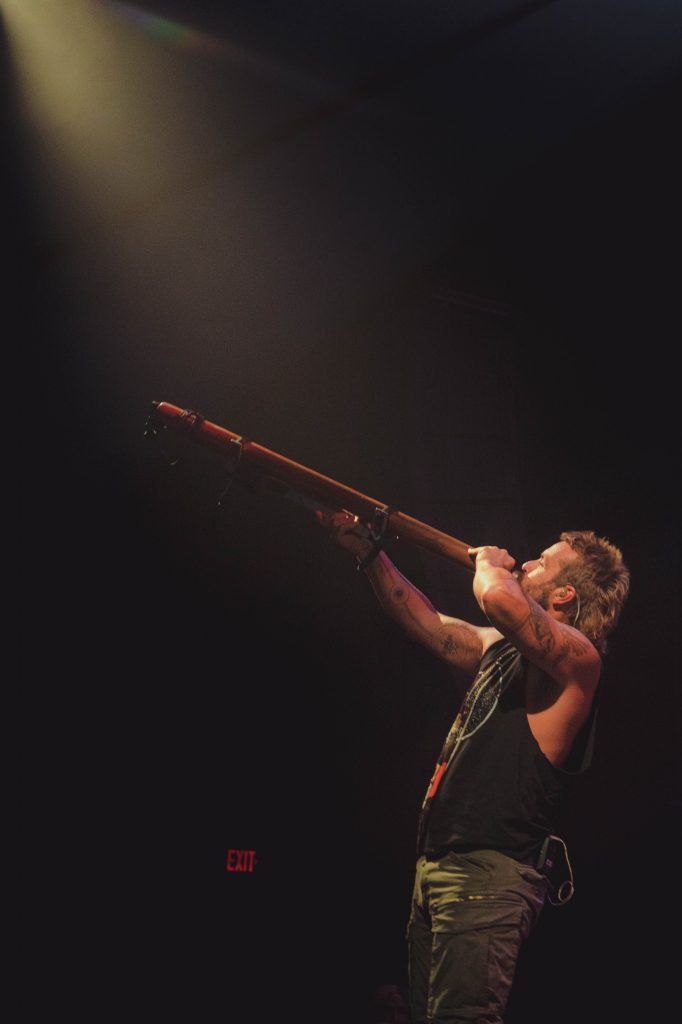 The quiet that had filled the room was quickly replaced with an enormous roar that shook the show room walls. Organized chaos. Towards the end of this first song, Rudd pointed it towards the sky and played it like a horn, like something out of the hunger games. This signaled the end of the song as all of the music suddenly stopped, and the lights flashed back on.

After nearly two hours of Rudd and his band switching smoothly from guitars to drums to singing to the didgeridoo with the crowd swaying left to right as one, Rudd’s band left him alone on the stage as his guitar took on a bittersweet tone. His voice sounded timeless. Each long note he sang was accompanied with cheers and whistles. The fans proceeded to finish the last song for Rudd, the lights slowly dimming to sync perfectly with the end of the tune. As they did, he sat there with closed eyes, and felt their voices; I could tell that this was the reason he loved to perform. 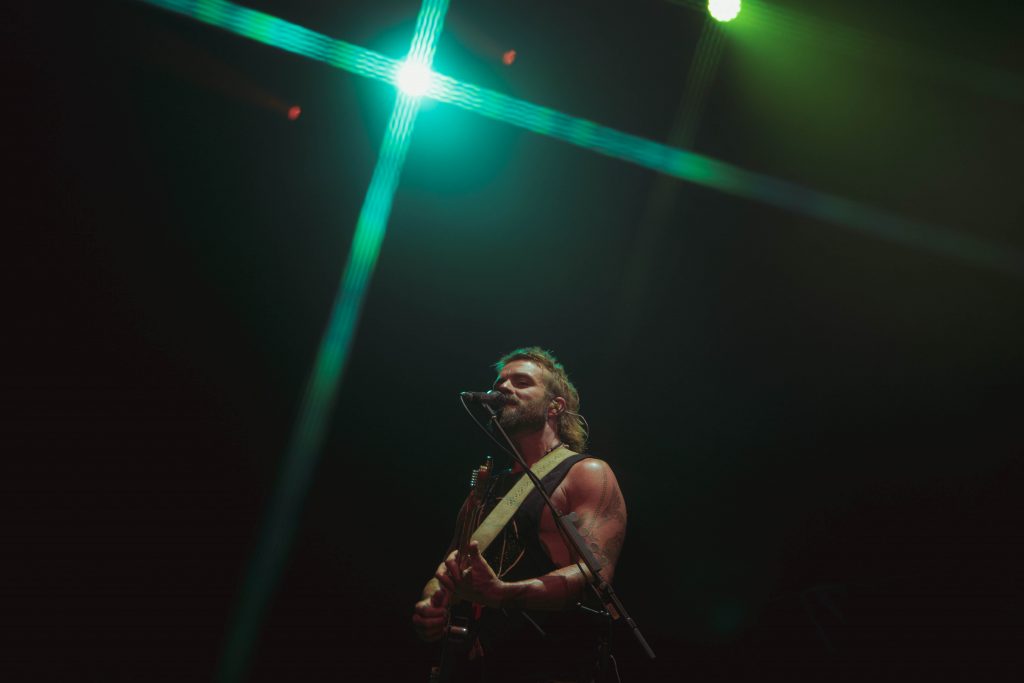 When the lights turned back on, Rudd stood on stage, arms outspread, holding his guitar in one of them, welcoming the raucously rowdy applause from his fans. He took his flag and started to wave it about, while thanking everyone for coming. He then called his band back on to the stage and greeted each one of them with an endearing hug before they all took each other’s hands, bowed, and turned around so their backs were facing the crowd. They all jumped in unison as if to capture the picture perfect end to a great night before walking off the stage. The crowd clapped them off.

The thing about concerts is that you can never really go to a bad one as long as the performer brings the right attitude to the stage. The energy that Bobby Alu and later Xavier Rudd gave off was reciprocated by the crowd for the entire show. It was evident that they loved interacting with their fans, people from all walks of life, no matter how far from Australia. There was never a time in the performance where I felt like there was something missing, and despite not knowing any of the words, I had a great time, as did everyone quoted in this piece, as did everyone who came out that night. It was on that night, that I became a full-fledged fan of Bobby Alu and Xavier Rudd. 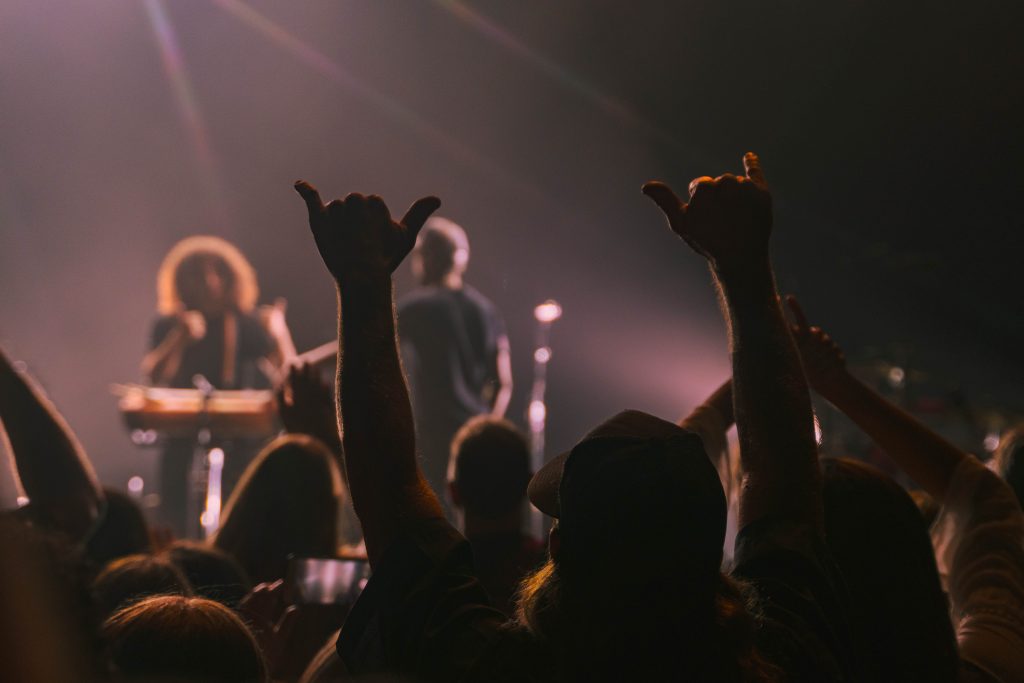