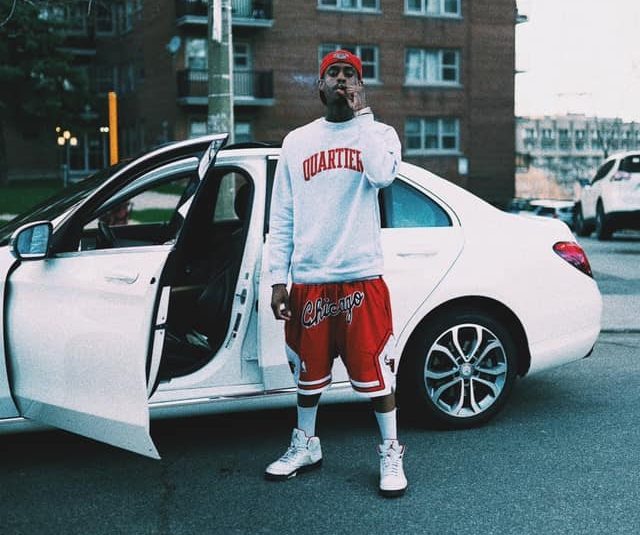 Nate Husser kicked down the door to our SubmitHub inbox last week, and he had some help from Chicago’s own Jean Deaux. “Sleep Like A Baby” rattles on the low end, laced with light lyrics and no small amount of laughs. An irreverent take on a seemingly unsustainable lifestyle, Nate and Jean are simply built different — and taken atop this beat, it’s a claim more convincing than most.

In spite of the title, there’s not much chance of you sleeping like a baby when Nate Husser is on. A heavy-hitting flex that flaunts his rockstar lifestyle, “Sleep Like A Baby” shows an emcee at the height of luxury – taking each chaotic day in stride before sinking into soft sheets and sleeping with a clear conscience.

The Montreal emcee’s sense of humour jumps from the track, with Nate channelling a “fuck you, pay me” attitude as he talks down on competitors that act hot but “look like a fish.” His chaotic presence plays a mile a minute, and when he raps about trying to meet God, you can’t help but believe him. His is an interesting boast: no matter how hard Nate goes, he’s all but invincible… at least, until the music video takes a turn.

A guest appearance from the infallible Jean Deaux slots perfectly between refrains, her malleable energy complementing Nate’s nigh-cartoonish enthusiasm. Her lively verse builds to a sharp summary, one that distills the vigour of the whole track – “These hoes is not hard, that’s why they hate me / Kill like a rockstar, sleep like a baby.”

The fun music video centres about fictional television station Adult Supervision, rendered in VHS hues and featuring such products as the Krib 3000 – “by gangsta babies, for gangsta babies” – and The Trap Next Door, reachable at 1-877-TRAP-TRAP-TRAP. Nate appears as a technicolour TV special, a curious baby in a decked-out crib, and a dying hospital patient, while Jean cuts in for the most raucous weather report you’re likely to ever see.

Related Sauce:   Why We Like It: Lucy Lu’s “Insomniac” (A COLORS SHOW)

They’re all wild, outlandish sketches, but more than just some random aside, they’re great companions to the track – though no sight gag could ever reach those heights of unhinged bass-heavy mania. 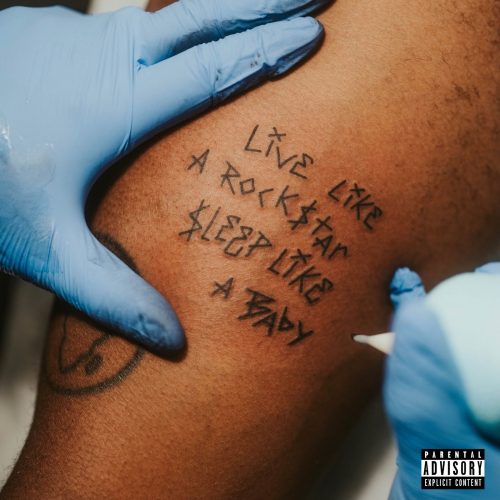 If “Sleep Like A Baby” wasn’t proof enough, Nate Husser has been around for a minute.

His first record, Geto Rock For The Youth, arrived in 2017, lead by popular single “Catherine.” That was just the beginning, and in the years following he dropped small projects such as Minus 23, 6 Degrees, and 23 Plus. Singles include collaborative efforts “are you stoopid,” “STRIP,” “Foot On They Neck,” “On Lock” and “I Been Doing Great (You Can Stop MFing Asking),” but more recent tracks lean solitary, with cuts such as “I Just Bought Another Neck” and “Punk Me.”

In the lead up to his recently released EP, Adult Supervision, Nate has dropped a string of singles including “JELLY,” “Iced Out Baby-G,” “Gang Signs,” “Water With The Candy” and the Mick Jenkins-featuring “Teriyaki.” All this is to say, “Sleep Like A Baby” is just a taste, and you should go check that new record out.