The Extraordinary Heir of Tyler, the Creator: Meet Tierra Whack

If Tyler, the Creator founded Odd Future in 2018, what would the collective look like? Who would he draft? The admittedly easy and popular first pick would be Brockhampton, the boy band branded as Odd Future 2.0.

Although Brockhampton is certainly a solid choice, allow me to offer an alternative: a dark horse who fits Odd Future even better than some of its original members. I’m talking about none other than the unabashedly creative and enigmatic artist out of Philadelphia: Tierra Whack. 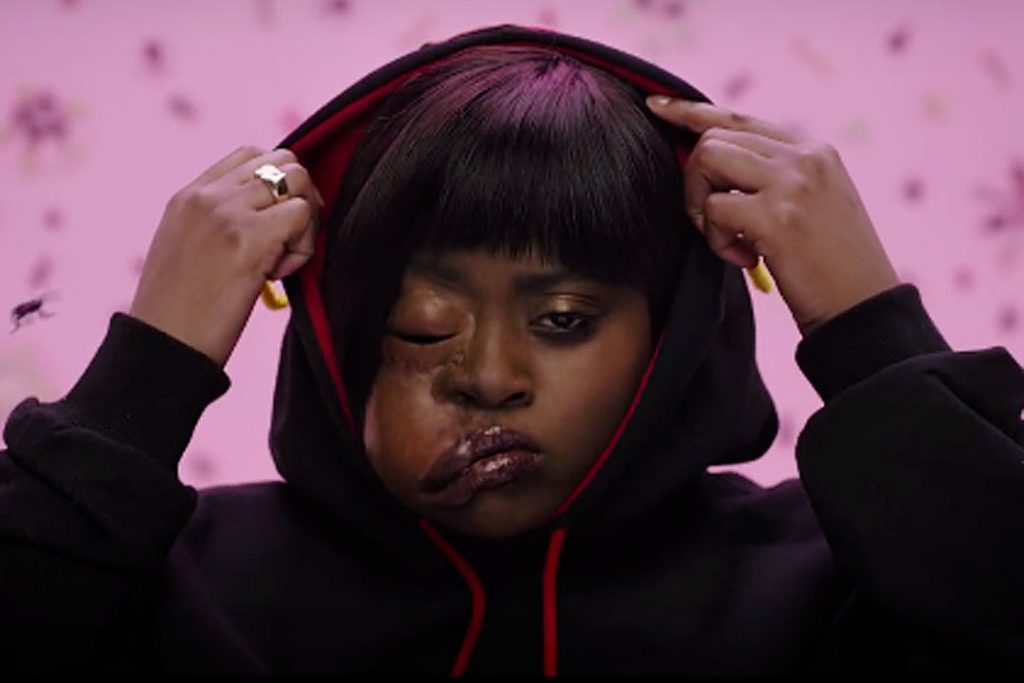 Tierra Whack is the mind responsible for the 15-minute, social-media-optimized visual album Whack World. Whack World is so riddled with surrealist imagery and imaginative concepts that many critics, including Anthony Fantano, struggle to liken her style to any artist not named Tyler, the Creator. Tyler’s passion for change and experimentation has defined his work for nearly a decade. The gritty beats and violent lyrics of “Yonkers”, the Pharrell assisted grooves of “IFHY”, the cacophony of musical noise that is “Deathcamp”, and the toned down, melodic brilliance of 2017’s “Boredom,” are all prime evidence.

Tyler has met his match in Tierra Whack. Although she is a relatively new artist, Whack matches Tyler’s proficiency in a wide range of styles, from bubblegum pop and late-night R&B to faux country and incisive rap. What is most astounding is the fact she manages to garner such an illustrious comparison with a 15-minute visual album as her only major release.

To suggest Tierra Whack is nothing but a ‘Tyler, the Creator clone’ wrongly dilutes and misses the individuality of both. However, the comparisons are not completely unwarranted. Whack, on several occasions, has cited Tyler as something of an inspiration, and both the sonic and visual aspects of her work will seem weirdly familiar to fans of Tyler.

It’s really impossible to not love you. https://t.co/ISLQOfJNeu

Considering Tyler, the Creator’s decade long run from his teen years to now, at 27, it is reasonable to expect plenty of artists cite him as an influence or inspiration. But Tierra is different – with Tierra the similarities aren’t surface-level. Her entire creative approach is extremely advanced for someone so early into her career. From her remarkable ability to skip easily between sonic stylings and genre or her expression of visceral thoughts and feelings through surrealist visuals, Tierra Whack’s artistry is the perfect microcosm of Tyler’s legacy. There are many traits Tierra and Tyler do not share, but the few characteristics they do have in common are exceedingly rare and special. 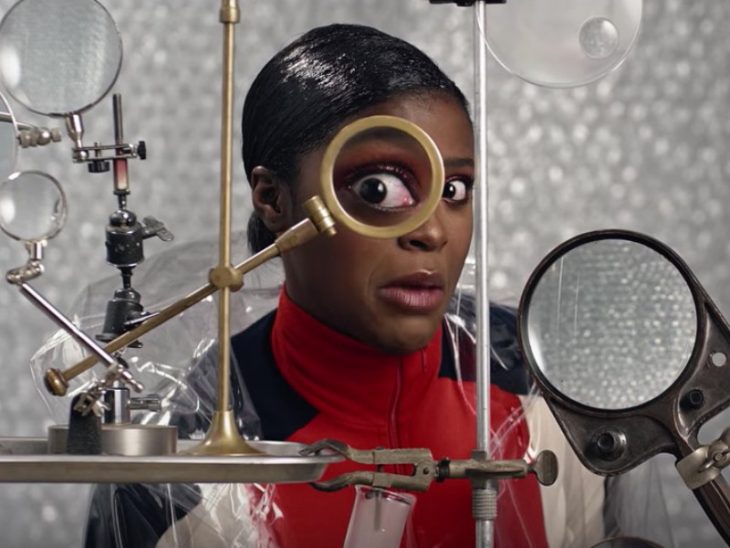 It demonstrates a rudimentary (but all too common-place) perception of music to expect any artist to continue to sound exactly the same throughout their career. This single line of thinking gave way to the weirdly necessary TLOP interlude “I Love Kanye,” a Kanye penned response to persistent cries of “I miss the old College Dropout Kanye” which have followed his post-Late Registration discography like the plague.

But as most artists change styles and sounds they progress in a near linear fashion, moving from one point to another, occasionally dipping back into old styles and rehashing old themes or sonic stylings. In some cases, artists simply try on a different hat before returning to what is normal, (think Lil Wayne’s “rock” album Rebirth).

Tierra Whack and Tyler, the Creator

Tyler and Tierra do not adhere to the linear model of artistic growth whatsoever. What sets these two artists apart is not that they have successfully created music in a variety of different styles, but rather they simultaneously exist in a variety of different styles. Where Kanye transitioned from chopped-up soul samples and rapping on College Dropout and Late Registration to a noticeably poppier affair on Graduation, Tyler the Creator and Tierra Whack oscillate between different styles in sequential album tracks.

In the above video, Tyler the Creator pairs the Charlie Wilson assisted crooner “Fucking Young” with the maximalist electronic blur of “Deathcamp.” The blend of disparate sounds in such close juxtaposition is a perfect example of Tyler’s impressive capacity for juggling dissimilar sounds.

On Whack World, Tierra Whack makes a habit of effortlessly transitioning between genres. Never more noticeable than the shift between the country twang of “Fuck Off” to the brazen dismissal of an ex hidden in the pop of “Silly Sam” on the 9th and 10th tracks of the album.

Where most artistic growth seems to exist linearly, Tyler and Tierra’s artistic variety is best illustrated as a Jackson Pollock work. They seem to be something of a single person with multiple personality disorder because of how authentically they exist in such a diverse range of sonic expressions. The result is music which challenges listeners to appreciate a mosaic of sounds and styles all at once, a talent few artists wield with such grace. 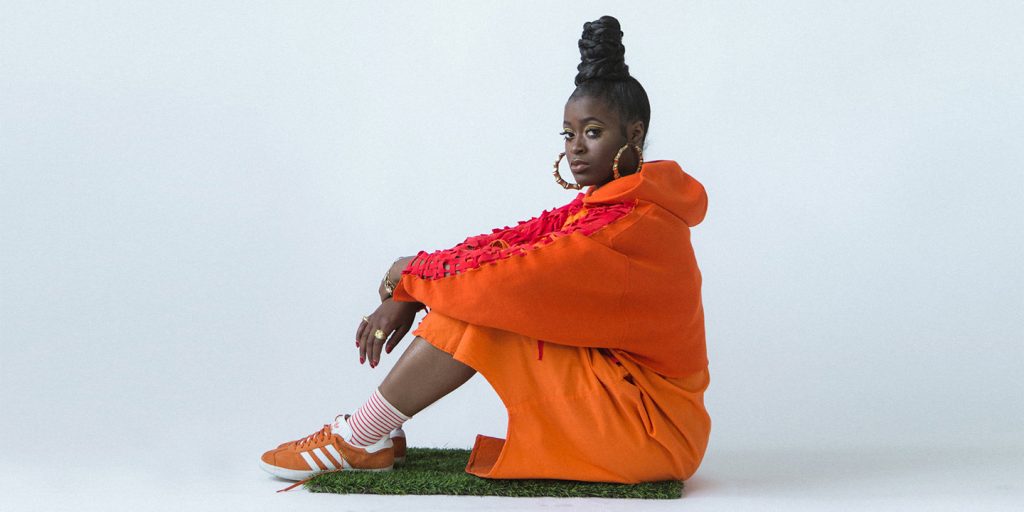 Surrealism is an artistic and philosophical movement of the 20th century, born out of response to the unforeseen violence and tragedy of World War I. Its central tenant was expression; expression in its rawest and purest forms.

To achieve raw expression, surrealist artists, thinkers, and writers sought to create by putting things together in ways distinct from reason. Early surrealist artists frequently painted images distorting common things and exposing them in juxtaposition with unlikely symbols and objects. This distortion was how surrealists expressed the true depth and complexity of human thought, conscious and unconscious alike.

Tierra Whack and Tyler the Creator

Tyler the Creator and Tierra Whack’s visual art are some of the best examples of surrealist philosophy in modern art. Each artist crafts videos reinterpreting the images of childhood and everyday life as pawns in mature retellings of love, loss, tragedy, and a complete range of feelings and emotions.

In the above video for “IFHY” from his 2013 album Wolf, Tyler, the Creator reimagines a lover leaving him with dolls in a dollhouse. The video is striking because it illustrates dark and mature content of love and loss on a landscape of childish joy: dolls, dollhouses, and bright colors. Tyler’s doll first claims “I fucking hate you/but I love you” after being placed against a wall in the dining room of a doll house, coming to life as he begins to express himself.

A closer look at Tierra Whack’s video for the 8th track of Whack World, “Pet Cemetery” reveals a similar intention. The track grapples with being robbed of a loved one – of an actual dog or a friend (hence “dawg”) – and does so in a cemetery. But Tierra takes it one step further by filling this cemetery with cat puppets and is dressed in a playful manner, all the way down to the clips in her hair. The music that fills the dark cemetery is not comparably dark, conversely it is a bright and pop-tinged instrumental resembling the cartoonish images she fills this stereotypically gloomy setting with.

Tyler and Tierra refuse to express themselves plainly or in easily palatable ways. Rather, both artists act in accordance with surrealist philosophies of reimagining the ordinary by juxtaposing dissimilar objects and ideas to express humanity’s complexity. The effect is expression: raw and unfiltered.

Our public figures are often shrouded in mystery; it is difficult to know everything about them no matter how much TMZ reports on them. But for every notoriously reclusive artist (looking at you, Frank Ocean), there are some artists that have a personality they simply cannot keep to themselves. Tyler the Creator and Tierra Whack fall into this category.

Tierra Whack and Tyler the Creator

Both artists are immediately necessary follows on social media: Tierra for her frequent interactions with fans on twitter and outlandishly hilarious Instagram stories, and Tyler for his unexplainable selfies and eclectic outbursts of creativity through remixes or obscure images. Neither are shy with their vibrant and resultantly hilarious personalities.

Tierra’s Instagram is a goldmine of quirky satire. From her touching tribute to her late turtle Troy to her tongue-in-cheek interpretation of modern art, Tierra Whack does not lack Tyler’s knack for comedy.

In their early days, Odd Future was as notable for the casual yet hilarious videos of them just hanging out as they were for the horrorcore music they were making. The group felt like a skateboard collective of teenagers who happened to have a platform, Tyler at the center of all the attention. Their personalities were recognized with their Adult Swim show “Loiter Squad,” the sketch comedy format being the best example of Tyler and the group’s eclectic personalities and hilarious chemistry.

One could imagine if Tierra Whack was given the keys to a show it would be sketch comedy, allowing her to pose as any character her mind wanders towards, and drawing laughs with any voice or costume. Her Instagram story might one second be her posing as a telemarketer for a gas company and the next covering a driver’s eyes because the headlights of oncoming cars are too bright. This same spirit is evident in Whack World as one second she’s sitting in the aftermath of a candy and game fueled party on 10th track “Silly Sam” and then reminding you to eat your vegetables on 11th track “Fruit Salad.”

Tyler and Tierra are not shy. Their personalities shine through not just their music, but in every way they interact with the world. Few artists posture themselves so prominently in the public eye, and none do so with results nearly as hilarious and entertaining as these two. 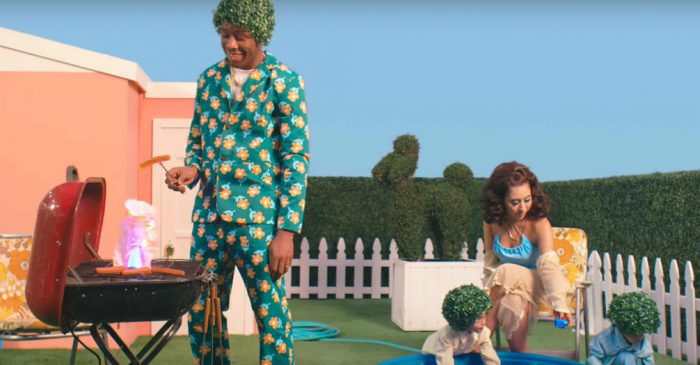 Tyler and Tierra: The Sharks of Hip Hop

Tierra Whack is best described as an object in perpetual motion – even if only because of the equally fascinating and maddening format of her debut project, Whack World. Sharks are frequently described by their physical inability to be still – they must keep moving at all times to continue to live. Tierra, like a shark, constantly strides forward out of necessity; her disdain of boredom and stagnation constantly propelling her. Few other musicians share this addiction for growth, but her closest compatriot is Tyler, the Creator: the 27-year old who has been perpetually pushing and dominating hip-hop trends since he was just a teenager. Both are unwilling to remain in a fixed artistic place, sometimes pushing the envelope forward solely because they can.

If Tyler and Tierra found themselves in the same room they would be fun house mirrors of each other: similar but still distinguishable exaggerations of the other. But Tyler is the established veteran and Tierra is the burgeoning star, making her an artist to keep an eye on. 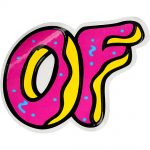 Tierra Whack’s rise is inevitable. As Tierra’s brand and reach grows, you can only imagine her vision extending beyond music. Much in the way her idol Tyler has created an empire on the back of a successful clothing line it is conceivable Whack launches something to compete with the ubiquitous OF donut, maybe even a jewelry line as she hints at on “Hungry Hippo.”

Regardless, Tierra Whack is a distinct talent whose music has thus far only given us a taste of what is coming next. While she shares a host of similarities to Tyler, she has her own distinct sound and style. For now we wait in a Whack World satiated with excitement for whatever Tierra does next – and the Tyler, the Creator and Tierra collaboration we all know (and desperately hope) is coming. 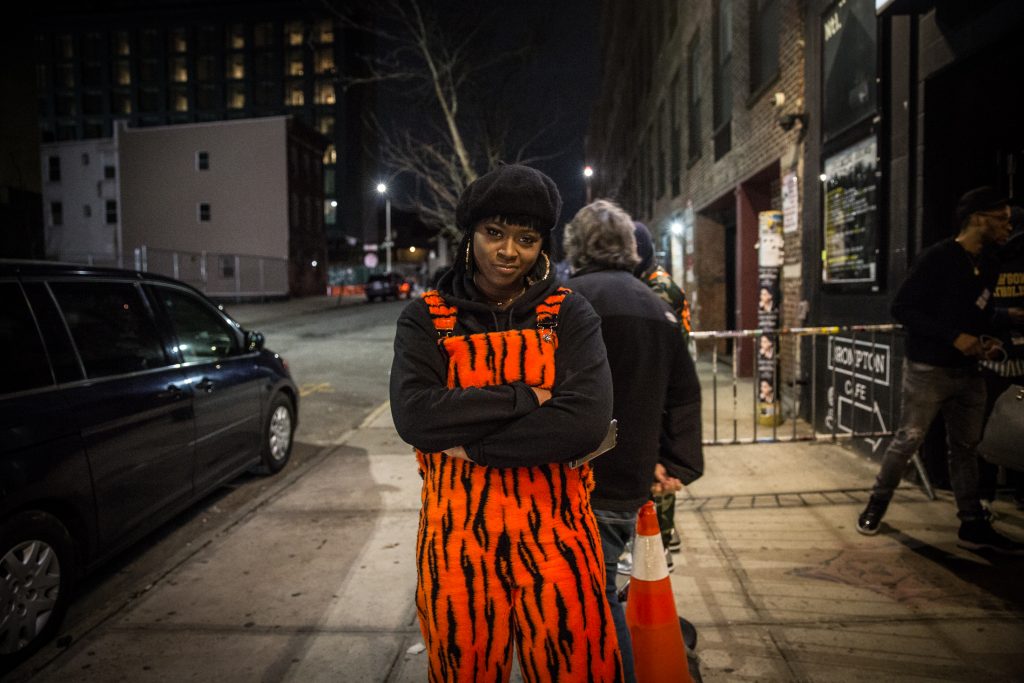