CentralSauce » Why We Like It: Tré Yung aka Donnie Durag’s “No Laughin’” Ft. Sky Johnson & HighGrades 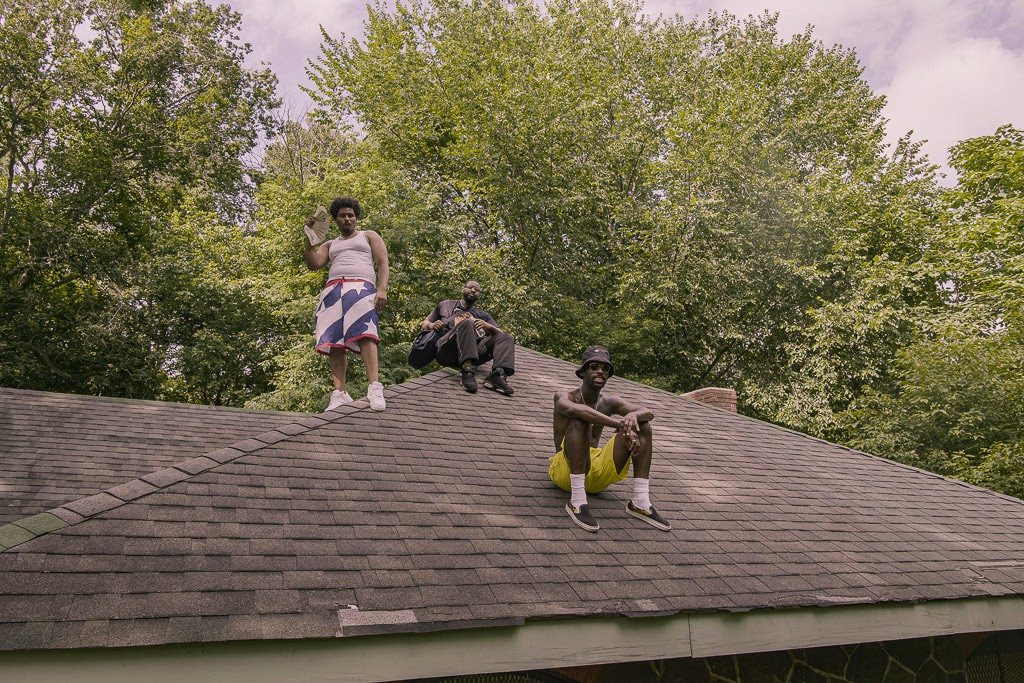 I have exciting news to share with you! Donnie Durag, along with 6 other indie artists who’ve become mainstays on our Discovery Series, is performing at SauceFest1.0 on April 10th.

Tré Yung aka Donnie Durag is the homie. Gotta put that out there. His consistent releasing of solid projects and visuals is top-tier. It must also be said that the finesse, ease, and magnetism with which he performs other rappers should take notes on. When he dropped his new video and single “No Laughin’,” it exudes so much of his essence, love of his hood that raised him, and inclination towards natural camaraderie I had to write about it. Tré Yung aka Donnie Durag wrote the song on his birthday. He had a few homies in the session and got them to throw verses on it. Sky Johnson threw his verse on that same night and HighGrades laid his verse down two weeks later. Llama handled all the production and the track was mixed and mastered by Wizard Lee. Yung says, “We were just scrolling through beats and once the beat dropped on this one, I had him load it up.” Birthday energy elite. Nothing excites me more than to highlight when the homies shine. As Donnie would say, “Tap In.”

If Meechie Darko, Zombie Juice, and Erick Arc Elliott are the Flatbush Zombies, then Tré Yung aka Donnie Durag, Sky Johnson, and HighGrades are the Parkside Z Warriors in terms of fictional beings. While the Zombies represent the darkness of the undead, the Parkside Avenue via Flatbush crew represent the wide-eyed enthusiasm, energy, and swagger of the “DragonBall Z” Saiyan’s. The video for “No Laughin’” even uses animated effects to give off a lowkey Brooklyn infused animé vibe.

Related Sauce:   Why We Like It: Otis Mensah & Hemlock Ernst’s “Breath of Life”

The beat for the track delivered by Llama (who also shot the visual) has a looping synth that, when combined with the thumping percussion, induces a laid back shoulder shimmy and a stank face. It’s the perfect foundation for the three Saiyan’s to glide into a kamehameha all over the track. Yung comes in first with a blistering hook that gets locked in your mental like Babidi’s Mind Control. He raps, “Money off the rap ting, put the Parkside onna map ting.” Yung reps Parkside Avenue in his native Flatbush, Brooklyn like Drake reps Toronto or Nas repped Queensbridge. He mildly inserts slight patois as a nod to the culture of his block and declares his desire to make his street what Drizzy and Esco have made where they’re from.

We then get into the real spittin’, fusing each of the rappers strengths to create a bars version of Super Saiyan Blue Vegito. Donnie raps to close his section, “I hold it down like a anchor, I see the shell out the chamber / I see my share of pachangas, buddies to now playing strangers / see it from all different angles, I did it all with no favors, eh.” He describes his lucid vision of the identities of opps similar to Pachanga from Carlito’s Way, and he leads the pack like Goku. Right as Yung’s part ends Johnson comes in like Vegeta after he officially aligns with Goku and raps, “I’m the best of the best, say that with my chest, solute next or shoot me I earn my respect.” Like Vegeta he proclaims his superiority yet in this context it is only in alignment with his whole crew. Johnson’s verse floats with slight melodic finesse that truly offers a different vibe that is like glue for the whole song.

To close it out HighGrades booms on the track with a deep tone and delivery that truly produces one of the waviest 2020 verses out there. He enters and raps, “That’s Dooleywop Grades uh huh, I know what for me the streets don’t love me n***a I ain’t no dumb dumb, Donnie and Sky that’s my son son’s, touch em ya done done.” Grades must be Bardock, father of Goku aka Tré Yung aka Donnie Durag as he claims. He delivers like a wise powerful elder to seal the deal on the song. But don’t confuse his wisdom for weakness.

Yung delivers one last run of the hook to close out with a repeat of the initial thesis of home team pride, style, and flex. Parkside is their Planet Vegeta.

From Tré Yung aka Donnie Durag

Parkside is home for me. Flatbush, in general, honestly is who I’m putting on for, but Parkside is just specifically the block I’m from. And the sound is motivating, music to drive to, shit you play when you tryna impress a girl lol.”- Tré Yung aka Donnie Durag for CentralSauce 2020

Yung dropped two incredibly dope projects in 2019 Dark ‘N’ Sharp, and Yerr! With producer Kimchi Sawce. My favorite tracks from each are “What We Had” Ft. Dallas James and “Pepper Jack & Sawcelito” Ft. HighGrades. He also dropped a string of great singles in 2020, my favorite being “Usain Bolt” Ft. Birthday who he also dropped an ep with called Blue Monday Vol. 1. Also follow Yung on Instagram and Twitter. Do the same with Sky Johnson (Instagram, Twitter) and HighGrades (Instagram, Twitter). I would lastly be remiss if I didn’t link you to my forever favorite HighGrades song “Proud.” Enjoy.