CentralSauce » Why We Like It: The Urban Renewal Project’s “Will to Survive” Ft. Vic Mensa 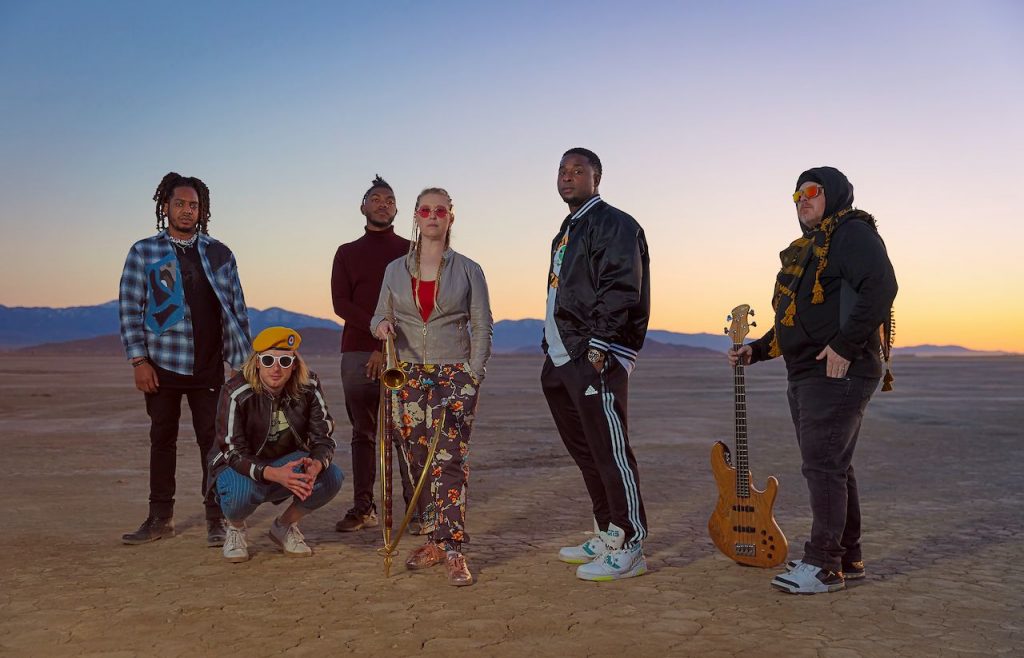 “The Will to Survive” Ft. Vic Mensa — The Urban Renewal Project

From exclusive seven-inch Record Store Day single to our SubmitHub inbox, “The Will to Survive” sees sixteen-piece genre-bending collective, The Urban Renewal Project, partnering with Vic Mensa. Bringing period instruments from the ancient Mediterranean, the single was paired with an original manga that follows the adventures of a young recruit from North Africa in the Roman Legion.

Through literature and film, I’ve long held a reverent fascination with ancient clashes of sword and spear. Many scenes have tried to capture the horror and chaos of thousands upon thousands of soldiers clashing in mud and blood in a bid to stay alive. Place yourself in the frontlines of “Game of Thrones’ Battle of Bastards,” amid the thunder of hooves and indiscriminate hail of arrows, or on the receiving end of Russell Crowe’s order to “unleash hell ” in the opening of 2000’s “Gladiator.” Such scenes, more often than not, follow the hero — a prince or general — as they narrowly avoid the death sentence of cold steel through a last-minute intervention or pure chance. But “Will to Survive” by The Urban Renewal Project zooms in on the warrior without plot armor. The song characterizes the single-minded focus of surviving against all odds within the most chaotic moments of history.

The track begins with the blare of a lone horn known as a cornu. The same instrument that signaled the actual Roman legion into battle formation with its triumphant bleet, announces a Vic Mensa verse just as fierce. “I’ve got urban survival syndrome / Mahogany my skin tone,” he opens the song. By immediately likening the survival state of American inner cities to the soldier within the chaos of battle, he sets up a metaphor that flows through the track on multiple levels.

Mensa’s verse details a hostile environment that necessitates his warrior mentality. He raps: “Hot as the sun, we from the zoo learnt the Art of War / I put my destiny in my hands like Arthur’s sword.” He’s even right about the heat. Decades of racist housing policies — known as redlining — that partitioned America’s cities by race have created conditions that still result in a measurable disparity in neighborhood temperatures and rates of heat-related hospitalizations. The concrete and brick of racial ghettos reflect much more heat than the trees and open spaces of areas not affected by redlining. It’s just one aspect of Mensa’s urban survival syndrome that drives him to claim his destiny not as a dreamer, but as a warrior. In his hands that survival instinct is a shining Excalibur, but what made Arthur a great king in the legend isn’t that he pulled the sword from the stone. It’s that he knew where to aim it.

In the novel, “The Once and Future King” by T. H. White, Arthur’s first act as King is to change the course of warfare. Previously, battles were fought as contests of attrition. The wealthy and well-armored knights of rival lords would slash through foot soldiers from a point of practical invulnerability until one lord decided they had lost enough workers to make surrender economically favorable. In the first battle defending his throne, King Arthur instead directed his knights of the round table to ignore his rival’s conscripted peasants and slay the nobles who treated battle like sport. It’s a tactic similarly expressed by The Urban Renewal Project’s own Elmer Demond on the second verse: “Assassinate the assassin.”

Lyrically, “Will to Survive” references a wide range of warrior philosophies. Mensa nods to medieval Europe with, “my block’s slinging rocks like a catapult,” and feudal Japan with, “Death before dishonor baby / Rather fall on my own sword or katana baby,” but it’s Demond’s verse that consolidates the ideology. Bars like “I am the architect of the flame that consumeth Empire,” and, “Deep are the waters that cleanse the mind of God,” strike like Puritan fire and brimstone, imbibing the emcee with the righteous fury of divine judgment taken into his own hands.

Demond is an architect of the pen as well as the sword. He raps, “Jesus flipped tables to show us the Lord willeth,” and “Martin spoke peace, but the bullet still stretched him,” identifying the need for self-defense of ideals and life. The emcee’s response to MLK’s assassination solidifies the active philosophy of the verse with the last line: “Assassinate the assassin, it’s the only way we save him.” The bar emphasizes that Demond’s survival instinct is one of action over inaction. Like Mensa, he knows where to aim the sword. The cornu blasting victoriously on “Will to Survive” was an instrument of organization among chaos, but it was also tipped with a blade of its own. 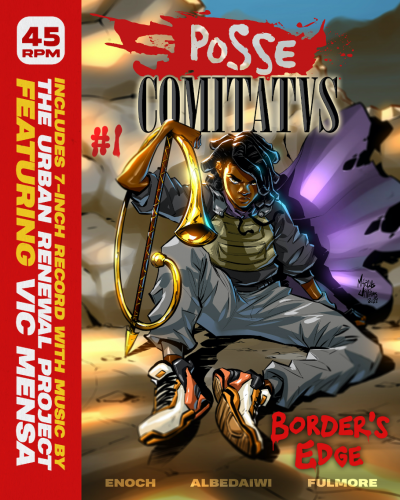 From The Urban Renewal Project

[The cornu] was a spear-tipped horn used in the Roman Legion to signal formations and as a means of self-defense for the hornblowers in battle. It’s status as a tool of both creation and destruction was the point of inspiration for this single, as well as the accompanying comic book Pᴏssᴇ Cᴏᴍɪᴛᴀᴛᴠs that was released with it last month.” – R. W. Enoch of The Urban Renewal Project, for CentralSauce

Thought itself for me is infinite and often, when we seek comfort in identifying with fixed positions we begin to go blind. Few things in life in my mind are that simple. The vast majority of things we classify as good/evil switches positions based on the contextual lens we use to view it. Our personal paradigms in relation to the world around us are what matters the most.” – Elmer Demond of The Urban Renewal Project, for CentralSauce

More From The Urban Renewal Project

You can purchase Pᴏssᴇ Cᴏᴍɪᴛᴀᴛᴠs and “Will to Survive” here. Follow The Urban Renewal Project on Instagram and/or Facebook to keep up with future releases. “Will to Survive” will be coming to streaming soon so look up the group on your streaming platform of choice to keep an eye and an ear out and check out some other music like their 2019 single “Shake Those Hips,” which was featured on the Netflix reality game show, The Circle.

Find Vic Mensa on Twitter and I definitely recommend giving VTAPE a spin.