CentralSauce » Why We Like It: The Spice Cabinet’s “Bittersweet”

“Bittersweet” certainly lands on the longer side of the submissions we receive in our SubmitHub inbox, but that arrival still feels like something of a clown car moment. The three-word mantle betrays the depth of the outfit, and taken alongside their collaborators here, it almost makes for just half the roster.

There’s more moving parts to this largely instrumental, partially spoken-word track than many of the most intricate arrangements we see, and that only makes the harmonious result all the more impressive. It doesn’t make it any more compelling, though – that power comes from the song itself, wonderfully wistful as it is.

The Spice Cabinet’s “Bittersweet” folds in nicely with an old familiar adage: it takes a village.

You know, the old one about raising kids? It’s just as true of any truly ambitious venture, and on “Bittersweet,” that ambition takes the shape of a trans-Pacific musical odyssey. A ten-strong group led by bandleader and keyboardist Terry Hseih, The Spice Cabinet counts Chris “Cui-Ge” Cui on bass, Alex Cummings on flute and tenor sax, Kaitlan Thomas on baritone sax, He Haocheng and Noah Hocker on trumpet, David Diao on reeds, and two six stringers: Zhang Jing on guitar, and James “Butch” Ford on rhythm guitar. Anthony “Dongdong” Vanacore holds it down on drums.

In normal circumstances, I wouldn’t go about naming each and every member of a group, but “Bittersweet” is such a sweeping effort, all parties deserve their share of the shine. The track opens with a poetic oration, one that muses over the impermanence of life and the relentless march of time. “So hard to put one’s finger on the passage of time, the days mercilessly ticking by unrelenting,” reads Kate Ettinger in a musical cadence, “the feeling of only having so much time, wondering how much of it might’ve been wasted.”

Needless to say, it’s heavy stuff. That’s not to say that a bleak piece, just that it takes some large and oft-uncomfortable ideas and thrusts them front and centre. If there seems an opportunity for brooding darkness, it’s quickly undercut by the arrangement: punchy horns keep a melody as drums play about that reliable phrase, strings sweeping in without as much as a warning. If that catches you off guard, just wait for the sweet Slum Village salute, with that unforgettable “Fall In Love” lick a welcome slice of familiarity.

Related Sauce:   Why We Like It: Talya Amira’s “Float”

The track finds strength in their shared spotlight, with instrumentalists more than willing to recuse themselves to emphasize a touching solo such as Al Strong’s trumpet prowess. The vocals that were once so prominent return throughout, each time more mired in the many sounds of The Spice Cabinet, their tight hustle-and-bustle conjures images of inner city blues. That might just be me, though – I’ve always found that jazz such as this thrusts me on some metropolis sidewalk, an insignificant swept up in the ever-complicating flow of humanity.

When Kate returns to invoke “some unknown adventure” that “awaits us just past the horizon,” she touches on what really moves me about “Bittersweet.” There’s an anthemic quality to it, and it seems like the perfect soundtrack for that inner city shuffle, but even more than that, it’s a song that calls to mind all those far-reaching possibilities. There are few things more empowering than what may be, and on “Bittersweet,” The Spice Cabinet conjures not only the interconnected nature of modern life, but the many ways that the far-flung and distant may one day collide.

I can only hope that, whatever adventures life might hold, they’re worthy of such a sweeping score! 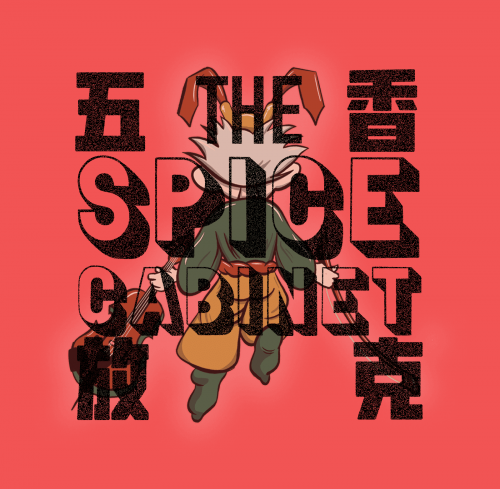 From The Spice Cabinet

Terry Hsieh: At the time that I wrote the song, Bittersweet was just a bassline—that little tag that you hear at the end of the melody. It’s a little riff that I personally connected with because it could swing like a jazz song, or it could be a straight modern bassline—the idea was to have something that really falls between a loose samba and a modern jazz song that was just really open for interpretation.

I should probably say there was lot going on in my life, professional and personally, something about a girl, blah blah, and I was really just trying to put all of that into a bunch of songs that was writing at the time—we all know what’s about: Bittersweet is supposed to be a musical representation of the feeling at that exact moment when you finally accept the reality of your situation, and it’s both heartbreaking and overwhelmingly cathartic—you still feel these intense things for this person, but you’ve finally set them free from the shackles of your mind, like a final goodbye.

On a more objective note, I always wanted to find a way to make a “happy” song sound sad—there’s a couple of great examples out there—”What’s Going On” there’s this melancholy that Marvin Gaye just oozes all over the lyrics, “An Angel From Montgomery” by John Prine (the Bonnie Raitt version is also tear-jerking), and “(Sittin’ on) the Dock of the Bay’ by Otis Redding. There’s just something quintessentially sad about these songs, even though they’re technically “happy” sounding songs if you changed the lyrics. My challenge was: how do I do that without a vocal melody?

About the composition—I normally live and work in Beijing, China, and my band is generally there, too. In mid-January I went home to North Carolina to visit my parents for Chinese New Year, and was slated to fly to Taipei shortly after for a gig with A-Lin, the Taiwanese songstress in mid-February. AS a result of the COVID-19 epidemic, I ended up staying in Taiwan after the gig (I got to Taipei literally as the borders closed to China and Hong Kong).

Long story short, Spice Cab’s album wasn’t finished, and I had to find a way to do it without having direct access to my musicians to record. That meant that I really had to compose the whole thing not just on paper, but to essentially record the entire song as a backing track and then send it out to everyone to play. One of the benefits of working with pop music industry professionals, is that they already know how to play with a click track and have their own home studio setups for recording. Over the next five months, I wrote pretty much an entire album of music from my hotel room in Taipei, sending the parts out to groups across the world and having them record with my click tracks and sending them back. Leah Metzler, my good friend my Oberlin Conservatory days, who is the cellist, saved my ass by helping to organize the fantastic ladies in her group The Orchid Quartet—a veritable star-studded group of industry professionals based in LA: Molly Rogers and Desiree Hazley on violin, Kiara Ana Perico on viola, and Leah on cello. They all recorded separately and sent me their parts.

The decision to add lyrics throughout the song was actually a last-minute one as I was putting the song together. Kate Ettinger is a good friend of mine from Oberlin and a fantastic composer to boot, and as I was listening to the strings section, I kept hearing her voice in my head. She recorded at home in LA, as well, and then later on, I had Diana Lizhao, a young, talented fourth-year filmscore student at Berklee, add the Chinese version behind her. The final piece of the puzzle was Lawrence Ku, in Shanghai, who recorded his codas on his own and I just kind of nudged things around in protools till I felt satisfied with their placement.

The Spice Cabinet were named “Editor’s Choice for Best Local Band of 2016 by City Weekend Beijing,” which speaks to an excellence that matches their longevity. Their transition from live staple to studio sessions seems to have taken some time, and it shows in the sharp synchronicity of their 2020 efforts such as debut single, “Thank You,” sophomore effort “Wang Jiang Ting,” and recent release “Pie Boy Moon Bone.”

The Full Metal Spice Packet, released last year, shows the group tackling hits with that same virtuosic edge. Covers of “Thinkin’ Bout You” and “Come Together” juxtapose the familiar with more challenging elements, such as abrupt segues and musical asides, that prize attentive listening over a reductive muzak-esque approach. You can keep up with these styles by following The Spice Cabinet on Twitter, Facebook or Instagram!