CentralSauce » Why Tekashi 6ix9ine is the Biggest Bust in Rap History 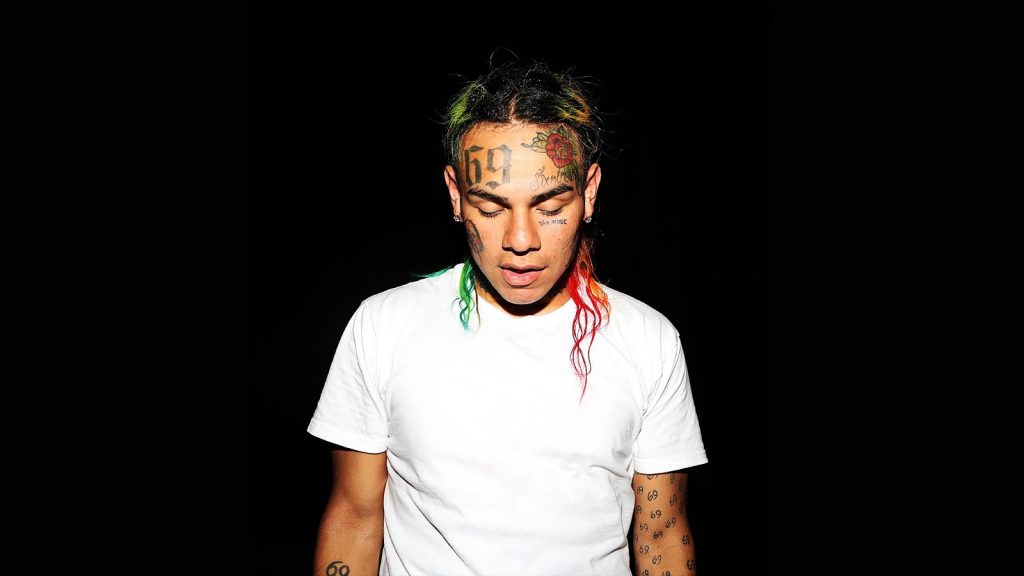 How do you become the laughing stock of the industry after climbing the music charts and inking multi-million dollar publishing deals? More simply, how do you become one of the biggest busts in the history of hip-hop? A look into Tekashi 6ix9ine’s career holds all the answers.

Unless you’ve been living under a rock, or don’t have a Twitter, you’ve witnessed the collapse of Tekashi 6ix9ine. With his street credibility enhanced by the Nine Trey Gangsta Bloods, the Brooklyn-born screamo rapper and czar of Instagram trolling gained global notoriety with undeniable street hits and high-profile rap grudges. But suddenly, the partnership between Nine Trey and Tekashi soured. On July 22, the Nine Trey members who stood side-by-side with 6ix9ine in the video for his breakout hit “Gummo” allegedly kidnapped the rapper and threatened his family over money. At least, that’s what Tekashi claimed.

6ix9ine, whose real name is Daniel Hernandez, testified against his Nine Trey affiliates for three straight days in a federal court late last month, pointing fingers and recounting details that break every street code the rapper claimed to live by in his songs. Tekashi’s court statements started circulating on Twitter, and the hip-hop community has since branded him a rat and a fraud.

As jokes circulated about who was really a Nine Trey affiliate and how Martha Stewart kept it realer, discussion among hip-hop pundits about Tekashi’s future music career started to intensify. But one discussion surrounding 6ix9ine hasn’t taken place yet: How big did Tekashi 6ix9ine bust? 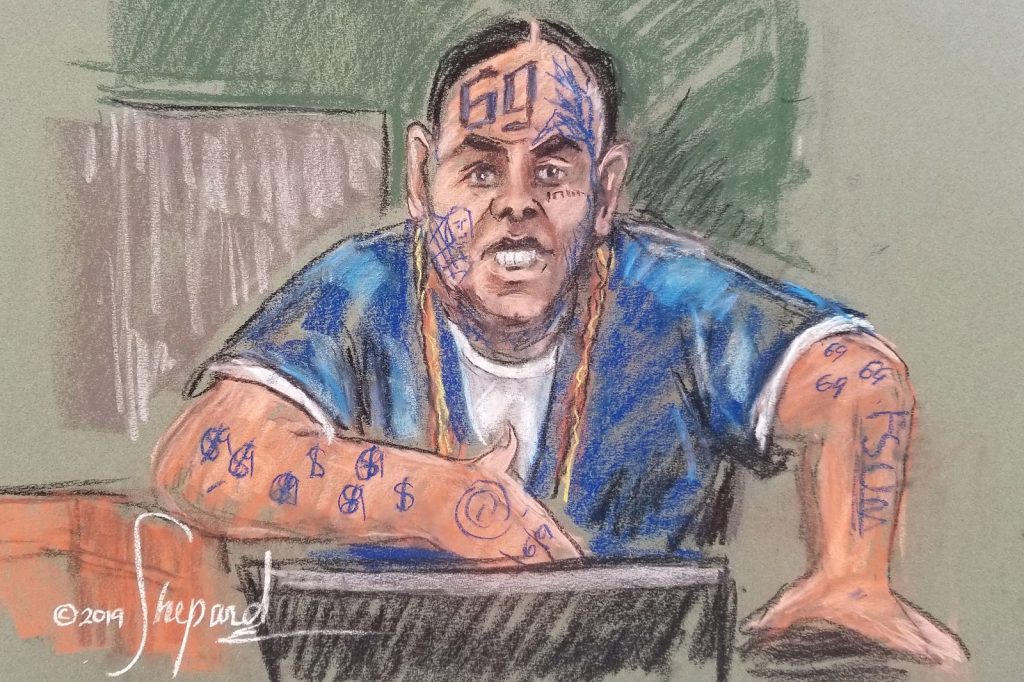 It’s a question with a long-winded answer and explanation. His crash and burn is on meteoric proportions, and Tekashi won’t get much sympathy for the dramatic turn to his career.

Maybe he would have more supporters if he wasn’t guilty of using a child in a sexual performance in 2015 or admit to years of domestic violence since 2011, or if he didn’t engage in social media feuds with YG, Chief Keef, and countless others to validate a brand he was destined to betray. His online bravado put others in dangerous situations, like the drive-by shooting at his video shoot where both Kanye West and Nicki Minaj were on-site. And let’s not forget the shooting at the Barclays Center that prompted the new Brooklyn arena to ban him from performing at the premises ever again.

Without his antagonistic behavior, the world would have endured Tekashi trolling 50 Cent, who the rapper supported at one point, and other goofy antics that seemed like immature stunts when isolated from his more toxic actions. Those moments may have even seemed endearing, but in the infamous words of Marlo Stanfield, Tekashi wanted it “one way, but it’s the other way.” He wanted to be a lovable gang member, a real-life Angelica to his fellow Rugrats in the rap community, but he was exposed as nothing more than an infant in over his head.

The irony of how 6ix9ine’s career has played out is glaring, from once proclaiming himself a real-life gangster to cooperating with the FBI as their star witness. But the height of his fall is a never-before-seen moment within hip-hop––a high-profile artist with a perplexing knack to create hits and generate social media attention, only to see it all rapidly crumble. Some of his peers have come close, but none have done it worse.

Desiigner, a fellow Brooklyn rapper who made waves closely resembling Future on his smash hit “Panda,” is the most recent bust to strike memory. Placement on XXL’s Freshman cover, a feature on Kanye West’s The Life of Pablo and a spot on the coveted G.O.O.D Music label wasn’t enough to fully transition Desiigner into a star. The music never hit (he hasn’t landed a charting single since 2016, and his latest EP L.O.D barely cracked the Billboard 200), and his shine quickly faded.

The same can be said for Fetty Wap, who hasn’t been able to find the success he enjoyed from his radio hit “Trap Queen” except when he teamed up with 6ix9ine on “KEKE”; and Memphis Bleek, who was an innocent casualty in the Roc-A-Fella split after being Jay-Z’s protege.

Canibus, despite his celebrated lyrical talent, has been widely considered rap’s biggest bust until this point. His underwhelming albums and an embarrassing rap battle loss to then-megastar LL Cool J has tethered him to mediocrity. Unlike his fellow busts, Tekashi was able to deliver hits, which only makes his implosion even more significant.

Within two years, 6ix9ine was able to earn more Billboard charting singles (10) and platinum singles (2) than Canibus, Bleek and Fetty combined. Desiigner and the like may be considered busts because of their disappointing music, but none of the aforementioned artists self-imploded a rap career as big as 6ix9ine’s.

Tekashi had the world in his palms. With Nicki Minaj as his first superstar feature, “Fefe” reached No. 4 on the Billboard 100 and became his highest-charting single, and his collaboration with Anuel AA on “Bebe” proved he could have success in the burgeoning Latin hip-hop genre. Dummy Boy, his debut album that was released days after being incarcerated on RICO charges, was No. 2 on the Billboard 200 behind Travis Scott’s Astroworld. 2019’s breakout star DaBaby knew 6ix9ine’s star power and said in a radio interview with Big Boy that collaborating with Tekashi before he turned fed would “have brought me some bread.”

Simply being locked up (without snitching) would make his situation similar to Lil Kim, Gucci Mane, Bobby Shmurda, or Max B, artists who had their success cut short or put on hold because of jail time. They were able to outlast their prison sentences and came home to a community praising and supporting their release.

6ix9ine will likely see the opposite; there’s an angry mob already throwing tomatoes at him online, and another real-life mob that might threaten his life for violating street code. If Tekashi tries to continue his music career, he’ll have to display a personality antithetical to the one that helped him become so captivating. We’re only left to wonder what could have been.

Where would Tekashi’s trajectory land if he was genuine, or if he avoided a career buoyed by gang affiliations and unnecessary rap beef? He still wouldn’t have been living his raps, but that ethos is a lot more navigable in today’s music. Validated street credentials aren’t exactly necessary to deliver street raps anymore.

Rap legend Melle Mel made bold claims in 2017 that fellow legends Eminem and Jay-Z are posers themselves, saying Jay is a “white guy” and that he would beat Eminem in a rap battle. Both did just fine after Mel’s comments.

In 2008, Rick Ross was ousted as a former corrections officer when photos of Rozay in uniform surfaced online. 50 Cent labeled him a snitch, and despite Ross confirming he was a C.O. and that he would “do it again,” that blip on his career hasn’t hindered his success. His very next album, Trilla, debuted at number one on the Billboard 200, and three of his next four albums (Deeper Than Rap; God Forgives, I Don’t; Mastermind) also debuted at number one.

Ironically, on Ross’ newest album Port Of Miami 2, the late Nipsey Hussle––who has previously commented on Tekashi––dissed 6ix9ine on “Rich Ni**a Lifestyle.” “I can’t name a fake ni**a who was not exposed / How all yall niggas surprised Tekashi told? Ain’t a real street ni**a unless you got a code.”

Montana of 300 rapped “Don’t need a big posse ’cause ni***s Tekashi / They run into 12 and then ni**s’ll tell,” on the remix of “Middle Child.” Posting guns on Instagram is usually all the accreditation necessary to rap about the lifestyle, but snitching and pretending goes against hip-hop’s community guidelines.

Now other artists are starting to blacklist Tekashi. DaBaby made it clear he wouldn’t do a song with 6ix9ine now that he’s a snitch. Bobby Shmurda held a similar stance, saying he “don’t even wanna be next to that man.” Even Charlie Puth had to delete his tweet saying he would work with 6ix9ine again after receiving backlash from fans.

2 Chainz really out here sayin’ he ran into 6ix9ine in New York pic.twitter.com/gvTBd34D3h

Among hip-hop circles and beyond, 6ix9nine is the Milli Vanilli of hip-hop. His saga is what Chris Rock unknowingly predicted on the 1993 satirical comedy CB4, centered around a group of suburban rap nerds who steal the identity of real gangster rappers to live out their dreams.

The end credits for 6ix9ine’s movie haven’t run across the screen just yet. Even though the masses have already concluded that his career will never be the same, he reportedly plans to spurn the Witness Protection Program and try to continue his music career. His previous label, 10K Project, is giving him a $10 million deal to prove himself and everyone else wrong, and his expedited sentence date means the world might see him earlier than expected.

But Tekashi’s best efforts may prove irrelevant. The lifestyle he experienced as a platinum-selling artist and social media star evaporated the minute he took a plea deal. Hip-hop has labeled him a snitch, and it won’t let anyone forget.

If that wasn’t enough, his snitching could have even more implications that negatively affect other rap artists and their losing fight with differentiating art and real-life within courtrooms. With a career marred in vile acts, controversy, and ultimately being discovered as a fraud and a snitch, it’s hard to imagine anyone being a bigger bust than Tekashi 6ix9ine.