CentralSauce » Why We Like It: Tall Black Guy & Ozay Moore’s “Runnin Away Ft. Malaya” 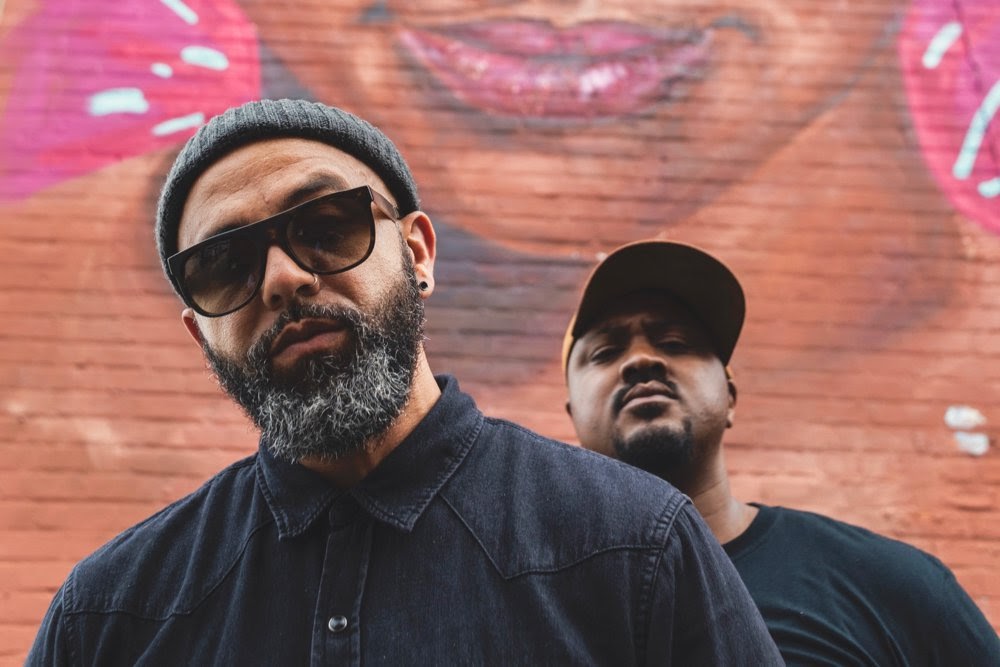 Picked up from our SubmitHub inbox, we have producer-rapper duo Tall Black Guy and Ozay Moore. “Runnin’ Away” is a taste of their debut collab album, Of Process and Progression. This is Tall Black Guy’s sixth full-length project having been steadily releasing solo and other collab projects since 2013. It wasn’t until 2017 when Ozay Moore released his debut album, Taking L’$, releasing two more projects before Of Process and Progression.

I am a strong believer that to create art means to explore truth, but our relationship with truth is inconsistent, it’s flaky. We all appreciate the idea of truth, in concept it is pure and righteous. Appreciate it we do, from an ever-increasing distance as we instinctively run as far away from it as possible. This hypocrisy is something Tall Black Guy and Ozay Moore confront.

The track serves as a litany against “Runnin’ Away,” the hook — from featured vocalist Malaya — carrying an apologetic sorrow. She repeats, “you can’t keep running away,” in an implied admission to letting herself down. This calm sorrow runs through the track, radiating most notably from Tall Black Guy’s instrumental. Rather than capture the stressful chaos that comes with fleeing your issues, Tall Black Guy opts to reflect the ever-increasing clarity that comes with acknowledging truth while filling the track with kinetic drums that signify a journey back towards it.

Ozay Moore kicks off his first verse spilling out a difficult truth with passion, complexity and balance, as if it had been swirling around his brain and caught in the closing walls of his throat for years.

If you’re a bleeding heart, how long before you end up bleeding out? / Devoted, devout, principled, committed, content / And all that’s left inside your cup is a sip / If all you need is a swallow, you prolly honestly content with your spit / Sacrifice is Godly, but let the modest vent” – Ozay Moore on “Runnin’ Away”

This frustration voiced here towards the taxes of honesty, humility and a myriad of virtuous traits we are supposed to have is brave. The feeling that you are doing everything right but the universe is still against you is heartbreaking. These feelings make you question, ‘Am I allowed to feel this way?’ making it easier to reject it as a part of your truth. Similarly, the second verse sees Moore paint the picture of someone embodying the worst traits of their parents, the ones they specifically vowed to never retain.

Denial of truth is easy to justify as it is a desperate attempt for the flawed to see themselves in a perfect moral light. It’s human instinct to want to be good, sometimes some mental gymnastics are required to uphold that. However, the journey that Tall Black Guy, Ozay Moore and Malaya take us on is one towards coexistence with our truth, flaws and morality. 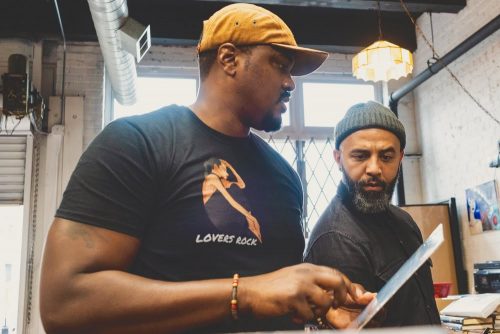 Ryan: What do you love about collaborating with each other?

Tall Black Guy: I think the thing I most enjoy about collaborating with Ozay, is that his content and message in his words is what I’m all about. He has a way of tapping into different scenarios or thoughts that I really relate to and if I was a writer, I would want to talk about. He gets the funk as well. It’s an unspoken language and he totally gets it.

Ozay Moore: What I love most about collaborating with TBG is that his production seems to resonate on the same frequency I find “balance” in. Drawing from funk, jazz, soul, and lived experiences, his work feels like the soundtrack to my life. I stay inspired by his output.

How do you feel like you compliment each other’s styles?

Tall Black Guy: Because this cat is so ill with the pen and he writes from a space of knowledge, wisdom and understanding. I love to make space for him to get his point across. I want him to have the blank canvas for him to say what he feels is important. I try to put a lot of emotion into the music to bring out certain emotions in his lyrics, almost like a spiritual connection between words and sound.

Ozay Moore: I think because we have so much in common in regards to what drives us as people, how we approach the creative process, and our commitment to quality, collaboration comes easy. We’re close friends and the music is essentially an extension of our conversations. TBG knows how to create space for an emcee like me while ensuring the music is on point.