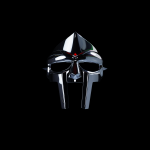 Every supervillain deserves a good origin story. After his fallout with Elektra Records, Daniel Dumile would disappear for a time to process his brother’s death and his slight at the hands of an industry he had given heart and soul. Years later he returned with a plan. If any villain has managed to mold the world in his image, it’s MF DOOM, the metal-faced adversary who broke out of NYC’s underground and achieved a kind of subterranean domination.