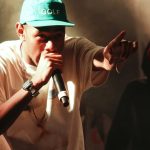 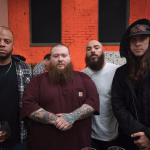 Trash Talk brings the fury of hardcore to places it’s never been. Their tie-dye thrash vibe is exactly what you didn’t know you needed. View this post on Instagram Played on the Vice rooftop tonight. Power went out. 🚫🔌 @bambambaklava @tydollasign 📹: @newyorknico A post shared by 💭 (@leespielman) on Dec 4, 2017 at 5:47pm […]