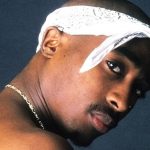 Imagine if Drake released his record-breaking album Scorpion in 1988, the year Straight Outta Compton hit the airwaves. Not only would the music would seem totally out of place, but he’d be straight up laughed out of the room. Now let’s flip the picture: imagine a young group of artists releasing Straight Outta Compton in […]