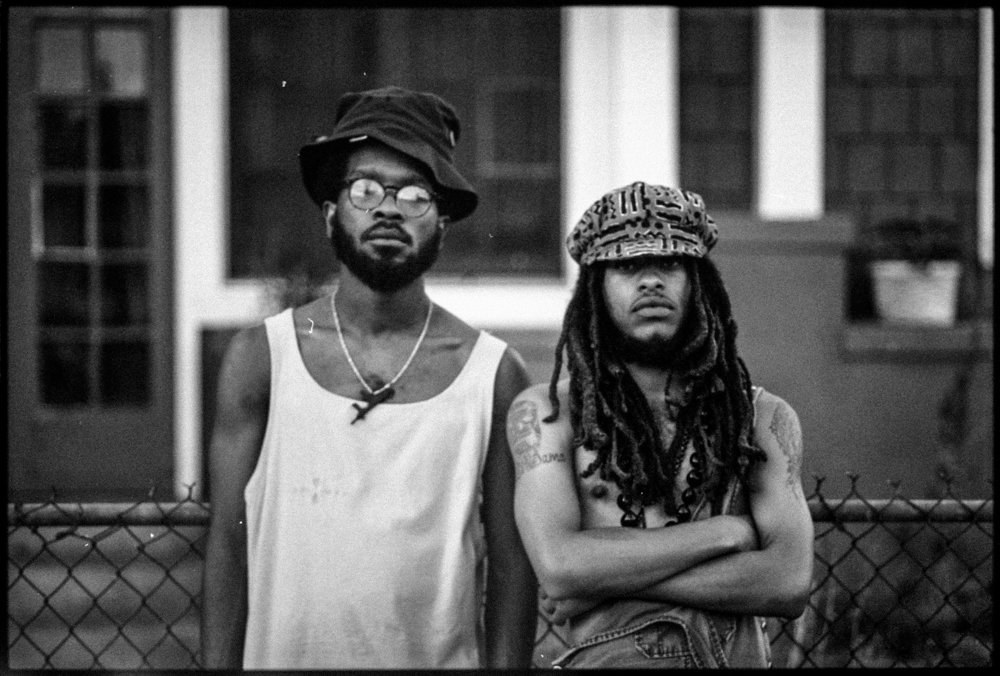 It’s now March, which means it’s time to reflect a bit on February––and boy was it a doozy. I live on the West Coast, which gives me a couple advantages: 1) new music Friday is really new music Thursday night for me, so it’s almost like I get new music 3 hours ahead of my East Coast friends, 2) morning news that has set the world (read: Twitter) on fire strikes while I’m still sleep, so a lot of bad takes are already filed and dealt with by the time I sit down at work and make my coffee, and 3) we don’t get the crippling gloom of cold and snow in LA.

So in reflecting on February a bit, I know it was an abnormal month because 1) new music Friday kept me up well past 1am a couple times, 2) there were so many bad things happening in the news cycle that things were popping up throughout the day which made the drama of the morning news cycle look like penny stocks, and 3) it’s been really (ok not actually, but relatively) cold and grey in LA.

But because I was inside more than I like—let’s blame the weather for that and not my own reclusiveness—I found myself listening to more music than I normally do and really trying to sort out life amidst the chaos of the shortest month of the year.

To match the frenzied energy of the news cycle, this past February had a sizable wave of new music, although there’s a Twitter chorus saying it’s been a slow music year so far. How about some proof to the opposite?

For starters, we had Theon Cross come through to prove that we’re all listening to music on inept speakers with the looming low ends of his tuba on his album Fyah. Ghostface joined forces with Czarface for CZARFACE Meets Ghostface following last year’s Czarface meets Metal Face, a collaboration with MF DOOM. Doja Cat linked up with Rico Nasty to launch beyond the meme-fodder that was “Moo” on the high energy “Tia Tamera.” Personal favorite Tierra Whack is proving that 1-minute is not the magic number with “Only Child” and “Clones” (even though Whack World proved the potency of the short song). And MadGibbs (Madlib and Freddie Gibbs) are back to follow-up 2014’s Pinata with “Flat Tummy Tea”, and yes I am dieting now.

Related Sauce:   Why We Like It: Madame Gandhi’s “See Me Thru”

I’m going to stop there, but only because there’s a playlist below for you to listen to. We usually try to keep it 20 tracks and under, but this month I snuck in the wondrous Carti cosplay that is Goyard Park, slat. Enjoy and stick around after the break (what is this, a talk show?) for a conversation about our featured artist of the month: B. Cool-Aid’s Syrup.

I’m obviously biased, but Black people do breakfast the best. The ubiquity of syrup helps: the sticky and sweet stuff I’ve had to wipe off the corners of my mouth more times than I’d like to admit, or had to clean off baby cousins like they were splashing in thick puddles of mud and not eating waffles. Syrup goes on everything, on waffles and pancakes, yes, but also on biscuits and if it finds itself spilled over on bacon there are no complaints here and have you ever dipped hash browns in syrup?

So, it’s from the booth of a Waffle House that vocalist Pink Siifu and producer Ahwlee (together known as B. Cool-Aid) size up the breakfast and requisite syrup sitting on the table in front of them to find inspiration. All the while posturing Black brilliance with deft sampling work, well-paced production, and Pink Siifu’s direct suggestions of as much (“black people be the God”).

Syrup is a fitting entry point for each artist. Pink Siifu’s amorphous vocal styles are as apparent here as they are on his statement album ensley from last year. His rapping paces just behind Klevah’s stellar verse on “Howigotover” and his distinctive whispers fit in between the loops on “Me&U” until they break forward and take center stage on their own. Ahwlee weaving mind-gnawingly sticky samples—characteristic of his entire production discography—into “Syruphands” and waiting patiently for Pink Siifu to slow on “Background” before queuing up a Mary J Blige sample like he’s controlling the crowd at his Boiler Room set.

Pink Siifu is a Cincinnati-raised, Alabama-born Los Angeles transplant. You can feel an impenetrable touch of eclecticism in the full range of his discography, something less attributable to his nomadic life than it is the internet’s prying tendrils and his disorienting passions. And Ahwlee, while a Long Beach native, shares this same wide-range of experience, something born of crate-digging, in both a literal and figurative sense since middle school.

There’s an entire wave of talent bubbling just under the surface of mainstream appeal. It’s starting to get noticed in moments like Solange featuring New York group Standing on the Corner all over her Houston born album When I Come Home or Earl Sweatshirt taking a veritable gang of talent from the likes of MIKE, bbymutha, Liv.E, and Na-Kel Smith on tour. Pink Siifu and Ahwlee are right there with them. Pink Siifu often celebrates the wins of his friends and contemporaries on twitter with sincerity. He recognizes the power of community, the insulated appeal of building with a group of like-minded creatives. And B. Cool-Aid is an extension of this belief.

Related Sauce:   Why We Like It: Benjamin Carter’s “Fragile” Ft. Appleby 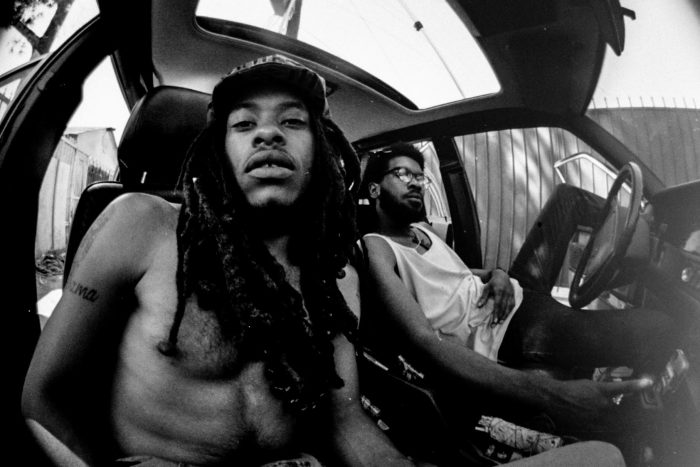 The duo has a monthly NTS show where they give us a glimpse into the music soundtracking the world around them. They previously linked up for BRWN, a 2017 offering that leaned even more into Pink Siifu’s soulful crooning and, even then, Ahwlee was lining every breathy line with tightly bound drums twirling around soul samples like guard rails of guiding freeway wrapped with vines.

The time between B. Cool-Aid projects was as much an incubator for each of their talents as it was a painful stretch apart. Pink Siifu––the band geek turned rapper––explored his producer alter-ego iiye, released a punk project, and strengthened his streak as a prolific artist. Ahwlee refined his talents with releases of remixes and scattershots of beats across hip-hop––like the dubiously sourced “Reginald” for Mick Jenkins which shows up again on “Howigotover”.

B. Cool-Aid - Syrup Hands
Syrup’s sweet touches soak into the vocal samples that are becoming commonplace in B. Cool-Aid offerings, like the saccharine sign-off inviting us into the joyful conversations of 2006 film ATL on “Wafflehouse.” This album’s grand statement is not needing to define something in the negation of another––Black women, men and people are gods at the expense of no one else. The joy and companionship shared over breakfast in the visual to “Syruphands” isn’t at the expense of anyone else or in spite of anything. Life happens, and here, life happens to be community and joy.

Breakfast food is comfort food. It’s also the most important meal of the day, and like any reasonable person knows, breakfast isn’t complete without an abundance of syrup. Over a brief 16 minutes of music distributed by UKNOWY Music, Ahwlee and Pink Siifu fill every second with layers of syrup. Confidently poured until every inch of our sonic palate is doused in the uplifting touch of the Sauce. And, holding up one pancake stuffed fork, we say thank you and start looking forward to the next offering from either or both artists. 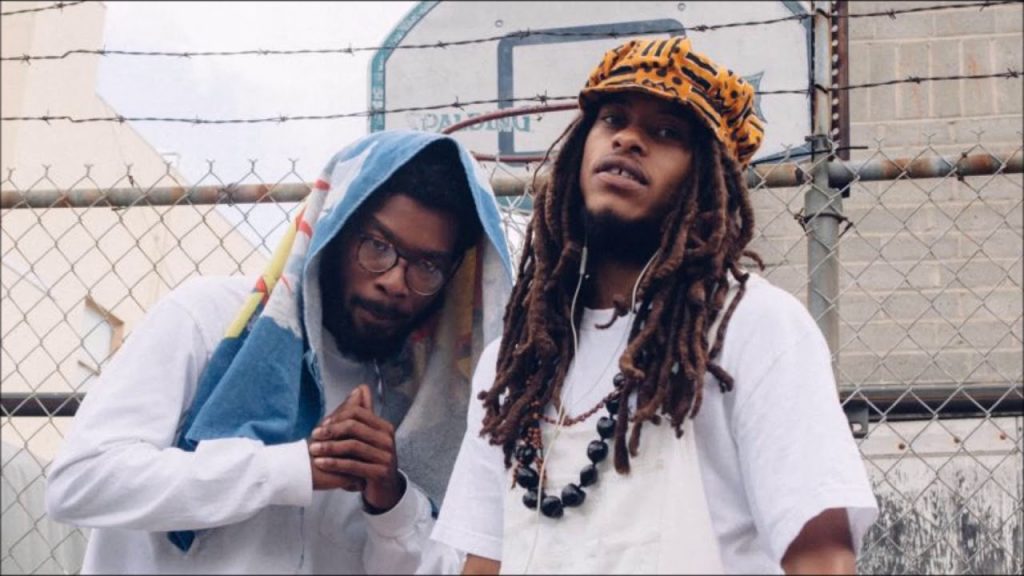