CentralSauce » Why We Like It: STORRY’s “Worth” Ft. Thurz 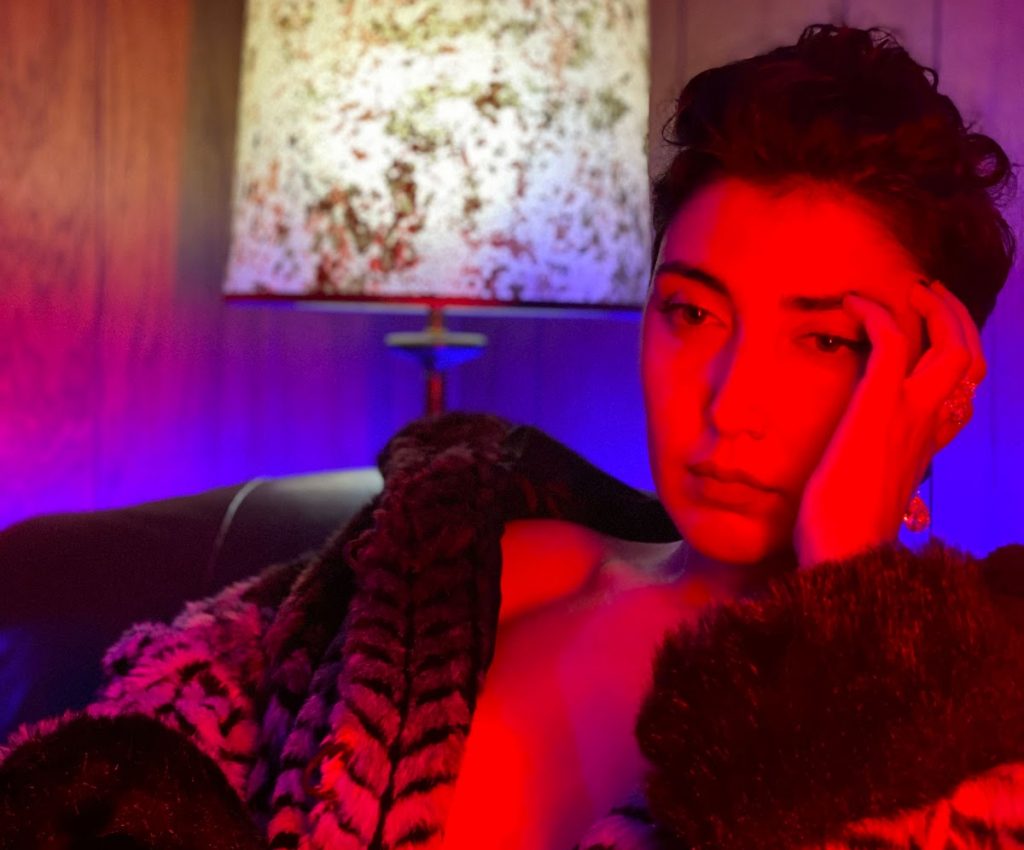 Gearing up for the release of INTERLUDE 19, STORRY drops off the final single for the project in our SubmitHub inbox. Finding peace in each record written, Toronto singer-songwriter, STORRY, finds a new revelation in herself through this pandemic isolation to create records that breathe new life into creative reflection.

Self love is the best love but more times than not, that love is the hardest to find. Instagram is the new reality and we’re stuck with eyes glued to it. People judge themselves and others through photos that are chopped and screwed to skew the perception of people’s own bodies. They pick themselves apart until the bag is secured to have a doctor cut you up enough to create a new picture and to them, that picture is beautiful. It’s how they feel to be their best. They feel complete. But for others who don’t get it filled find the hole centered in self still isn’t filled and the broken pieces no longer fit the soul. It’s a case by case basis as everyone does it for different reasons. Plainly speaking, it sucks and when you’re stuck inside with only time to yourself, that mental image in your head can be hard to look at. It was for me, and finding self-worth at times was hard to see but after hearing this melancholy, reflective record, I felt I wasn’t alone in that sentiment.

STORRY’s latest single “Worth” has her look at the woman in the mirror and some parts of herself that’s worth loving and the others that she is working on loving. Written during quarantine, there’s a push and pull in the record. Literally putting herself under the microscope and picking at every flaw, wrinkle, and gray hair until there’s nothing left. She considers body modification, working out, makeup, and more solutions to cure the ailment that’s her imperfect physical frame. She equates this form of hers to almost a blemish and how that stain is one that can’t be purified in death. Even in untimely demise, God will deny her entrance to the pearly gates in an almost rap-sung delivery.

STORRY isn’t alone in the dumps. Guest feature Thurz delivers a verse of inadequacy from the male perspective. He’s laid-back but not cool. He delivers his verse as if he’s gotten done with a long day and spilling what’s on his heart to his therapist. It’s less passionate and more apathetic. While STORRY has a snarky, almost sarcastic tone of getting better/ improving herself, , Thurz seems exhausted from his hateful perception of himself.

I met Thurz at a really cool event he was putting on in LA called “Party In My Living Room”. I think it was my first or second night in LA. Thurz has since been a great friend of mine. He’s a phenomenal writer, musician, father, and all-around human. And he has the best smile! He’s always working so damn hard and truly tries to bring all of his friends up with him. I know he’s done his best to give me opportunities the few times I travelled out there.” – STORRY for CentralSauce (2020)

Both of their verses together in the song, are a mediation of self and pondering on whether they think the current selves that have to get up every morning and look in the reflection are enough for them to live with. Because at the end of the day, whether you do something to “fix” yourself on the outside or not, are you going to love what’s left when you’re alone in bed at night with your own thoughts. I think at the end of the song, with the repetition of “you’ll never make it,” she’s accepted this fate of never truly reaching this standard that’s not only set by herself but society as well. It all comes to that self love and realization that if no one’s got me, at least I got me and that’s okay.

Related Sauce:   Why We Like It: Duckie Mr. Poetry's "You Was Family"

As I look at myself in the mirror, I’m going to remind myself that whatever I see isn’t reflective of the inside and that my outside is just fine. And if I don’t always love it, I can change it in due time. No shape, body, or size is a crime and I’ll learn to value myself because I’m worth it all the time. 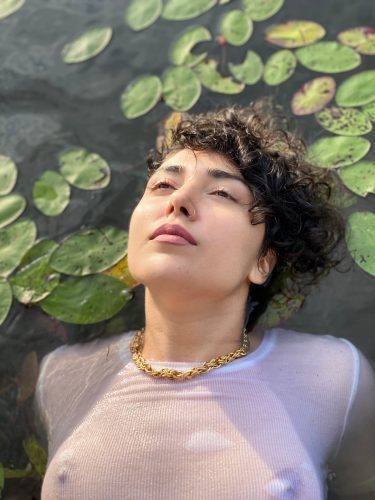 Tyler: When writing this single, what space/mindset were you in?

“Growing up, I was all about being natural. I’d try to convince my mother she was more beautiful without make-up and that she didn’t need those expensive so-called anti-aging creams or beautifying procedures. She was perfect just as she was and would age with grace. To be fair we couldn’t afford those creams or surgeries anyhow so that was definitely a relief for her to hear.

As I got older and grew, my breasts stopped growing with me. They just decided to stay at their 12-year old state which sucked especially when boys I liked said that I’d be hot if I wasn’t flat as a board. But honestly, getting breast implants never crossed my mind.

Then, I worked in a strip club for many years, and every girl with breasts my size slowly but surely and inevitably, got breast implants. Butt injections. Lip injections. Botox. Or some sort of procedure. I watched family, friends and acquaintances who weren’t selling their beauty, reach for this idea of perfection. Chasing after youth as if they could somehow catch up. I didn’t understand and continued to live au naturel, barely wearing anything but a hint of lipstick and mascara from time to time.

Then, I started pursuing my music career heavy. Literally using every penny, every resource I had, every moment of time I could scrounge to make my dream of being an internationally renowned singer a reality. Time and time again I was asked about my age. And when I would disclose it, people would say I was getting old and that I better hurry (even many years ago).

So, I hurried. I worked day and night. Sleeping 5-6 hours. Trying to make my art so incredible that no one could deny me entry. And as I was doing this, I also watched the clock. I hated every birthday. Every time I’d smile my wrinkles would sink deeper in, and every time I didn’t smile my cheeks seem to droop further down. The more I stressed, the more grey hairs I’d find, and the more grey hairs I’d find, the more I’d stress. And now, the idea of surgery became more and more enticing to me. If only I could stay young just a few years more. Just until I made it!

I wanted this song to include a male, and to express a man’s perspective on this. Though we are all human and all fear aging, insignificance, loss of power, not becoming ‘enough’, it’s not quite the same for men. So, I asked my friend Thurz, a magnificent and socially conscious artist from Inglewood, to feature on this track. I’m so blessed he agreed to participate. The infamous Junia-T produced this song as well.

We live in a world where new is better and what becomes old is an increasingly shorter window. Our value seems to be tied to our physical beauty, especially as women and even more so for women in the music industry. I’ve even had people negotiate the terms of my contract based on my age being a risk to their investment. So, trust me. This song means a lot to me. Because it’s something I struggle with every time I look at my hands, every time I walk past the mirror, every time I put on a pair of jeans that just doesn’t fit the same.

How old am I you ask? I’m ageless, just like my music is timeless.” — STORRY for CentralSauce (2020)

INTERLUDE 19 comes out September 3rd but in the meantime, check out her first single for the project “FOR NO ONE” and our Why We Like It piece on the song. You can also check out her debut album CH III: The Come Up and the Why We Like It for album highlight “You Don’t Know Me (Nah Nah).” To stay updated on new music and archives, you can follow STORRY on Twitter and Instagram.