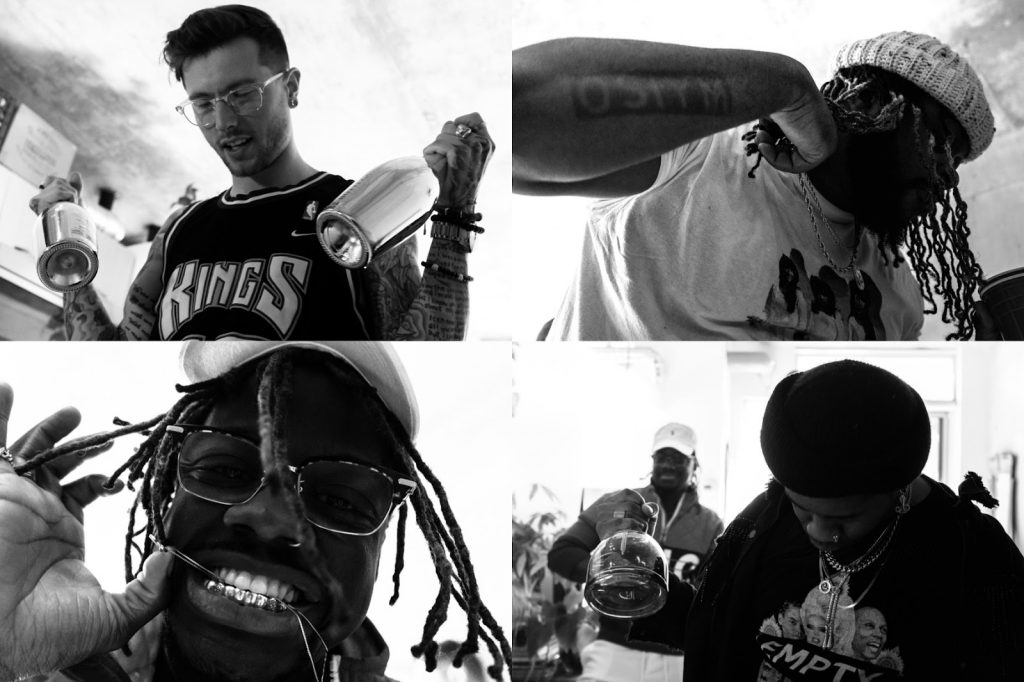 Sometimes our SubmitHub inbox gets blessed with a heater. This one, “WUSSUP,” is produced by Zep Fire for the four-piece alternative hip-hop collective STAYOUTLATE. They are the latest Canadian exports making noise due to the group’s mixed bag of musical talents. Founded back in 2014,Tremayne, Scotty IV, Charlie Noiir and YoungWolf combine their shared skills across rap, songwriting and production, and produce fully-fledged flex-filled compositions that you can’t help but bump at high volume.

Drums that glide, horns that soar, and vocals that dip and weave in a relentless assortment of styles and vibes make up the Toronto collective STAYOUTLATE’s latest single “WUSSUP.” On the phrase, “My bitches loyal and nasty,” vocalist Charlie Noiir enters the track first on the hook with a perfect blend of triumphant sauce. The middle ground between tap dancing raps and melodic croons as they meet the backing trumpet in the beat makes you wanna run a few laps with your hands in the air, go shower, then hit the club with your people.

As each new voice enters the soundscape, you feel each individual and unique essence. Verse two from Tremayne speeds up the flow and gives an acrobatic dissection of the pocket of the beat. Verse three from Scotty IV yearns through sleekly autotuned tone mastery. The verse four feature from Casino Costa takes the track out with guttural West Indian tinged proclamations. The feeling you get after the song concludes is that each voice found a different organic purpose through the beat to lay out their aura. You have no choice but to run it back so you can see if you can catch a bar you may have missed the first time.

This bombastic offering is the perfect intro to the sound of STAYOUTLATE. It gives you the exact amount of energy required to grab you but also makes you want to deep dive more into the full project. It gets the CentralSauce nod not just because it is a playlist must, but because it is an astute use of the submission tactic to introduce us to a sound we will continue to pay attention to. 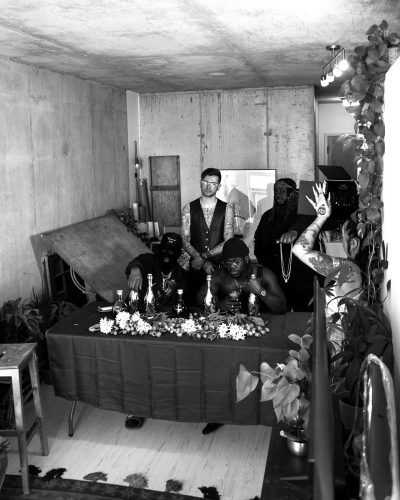 Tremayne: My sound on this project is slightly different from my solo sound. There’s a little less urgency, a little more arrogance and a little more playfulness than what you’ll hear on the majority of my solo music. I think in general, our voices blend well because there’s a bit of commonness in all of our origin stories that makes it easy for us to always seem like we’re biological brothers just talking shit at the cookout.

Charlie Noiir: I always like to play with different pockets voice-wise, sometimes I lean into a raspy delivery, sometimes I just do straight melodies. Really depends on what the production is giving me. But I think we blend so effortlessly because we all approach records with the mentality of doing what’s best for the song!

Scotty IV: The production or the vocals that are already on a track always inspire the sound I approach with and the ideas usually flow from there. With this song, I knew what bases Charlie Treymane and Costa had covered so I ran with the sultry smooth rockstar flow. I think it hit.

This single is a part of a 9 track album, Fabergé. The group has a slew of other great songs from the project that deserve your full ears. Follow STAYOUTLATE on Twitter and Instagram.