The Collective Rise of the Social Experiment, Donnie Trumpet, and Chance the Rapper

Chance the Rapper has grown into his influence and fame at amazing speed, especially considering his decision to reject all label interest for artistic independence. But Chance did not do this alone.

Chance the Rapper’s growth is closely intertwined with the rise of his band, The Social Experiment. The Social Experiment consists of Nico Segal (the artist formerly known as Donnie Trumpet), vocalist Chancelor Bennett (Chance the Rapper), keyboardist Peter Wilkins (Peter Cottontale), drummer Greg Landfair Jr (Stix), and the producer who brings it all together: Nate Fox. 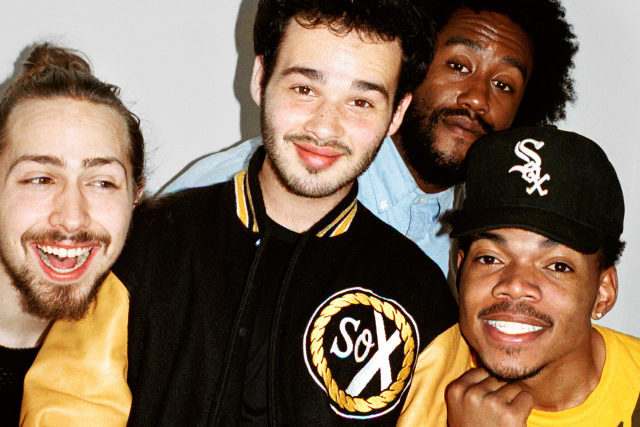 In its embryonic stages, the Social Experiment was a self-contained group of creatives similar to the likes of other new age collectives like Brockhampton or Pivot Gang, another group from Chicago. Nowadays, The Social Experiment of old has ballooned into a much larger sphere of influence, including international tours and Grammy awards. In an age dominated by rappers and hot beats, successful bands like The Social Experiment are few and far between – but that’s exactly what makes them so special.

This is the story behind one of the most distinctive bands in hip hop history: The Social Experiment. 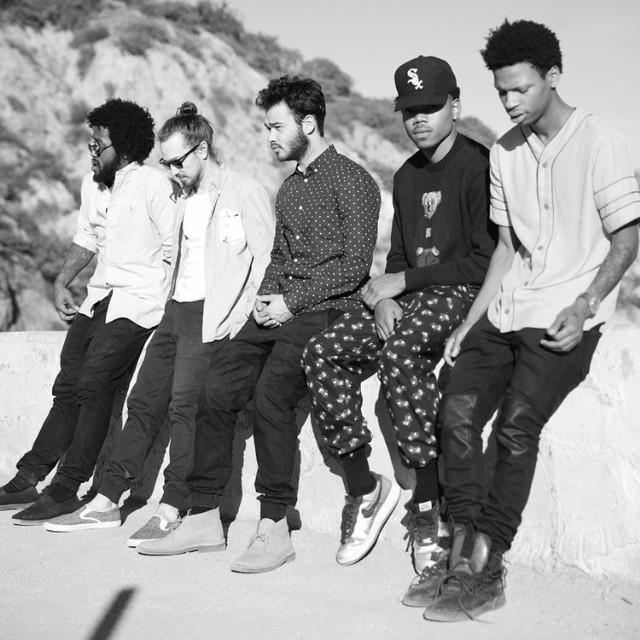 A Close Encounter with the Social Experiment

I met Nate Fox once.

Before we go any farther, this isn’t nearly as glamorous of a story as it sounds: but it’s got plenty of allegory!

I used to work at a movie theater, and it was a random Tuesday night so the theater was empty. A man and a woman walked up to buy tickets and order some of our, admittedly stale, popcorn. The woman was wearing one of those classic black “Sox” hoodies that the band is known for, and I had just spent what most of my meager earnings on a ticket to the Social Experiment Tour.

So naturally, being the stan I was, I mentioned something about the sweater and was told that her male counterpart was in the band. I looked at him and racked my brain, but couldn’t figure out who he was. 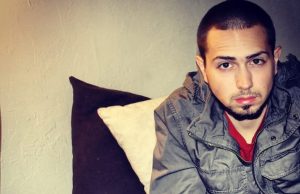 Then it dawned on me after he walked away. That was none other than Nate Fox. This was the guy behind some of my favorite Chance songs in “Juice” and “Chain Smoker,” so naturally I freaked out and had a starstruck moment, we’ve all been there. Later, I was able to briefly talk to him again on his way out. What a day for a stan like me!

My tangential anecdote holds the root of something very indicative of The Social Experiment in its early stages: a group thrust forward by ravenous fans of their front-man, Chance the Rapper. And their plan worked worked – soon to follow were features with Justin Bieber, Kit Kat commercials, solo albums and solo tracks, spots on late night, Grammy wins, and electrifying Grammy performances.

Related Sauce:   Internal Affairs, 20 Years On: The Return of a Lost Classic

As we gear up for the second half of 2018, fans are abuzz with excitement over the possibility of new Chance projects – he recently teased a 7-track Kanye produced album and the release of his long-awaited Childish Gambino collaboration in an interview with Peter Rosenberg – now is the perfect time to take stock of some of the diverse work both Chance and his Social Experiment bandmates have produced. 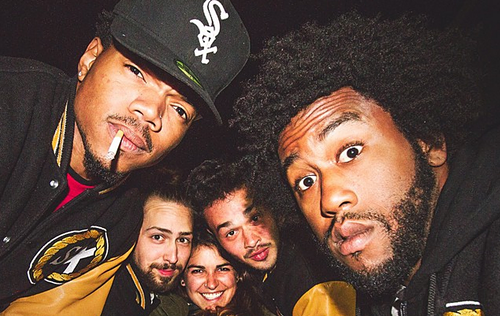 The Rise of Donnie Trumpet, The Social Experiment, and Chance the Rapper

There’s only one way to truly understand the collective rise of Donnie Trumpet, Chance the Rapper, and the rest of the Social Experiment – by tracking the product of the experiment: the music.

This playlist exists as a collection of a few of the most vital Social Experiment related tracks, and to provide the necessary context a full playlist guide is featured below. So click play and read along, unpacking the context behind each song to build credence to the myth of The Social Experiment. I invite you to become a test subject, part of the collaborative effort attempting to complete the experiment.

Origin Stories of the Social Experiment

The Social Experiment were collaborators before they ever declared themselves bandmates. This section of tracks explores some of the early foundation, the tracks foreshadowing the promise of palpable magnetism the friends would enjoy.
[table id=8 /]

Chance the Rapper and the Formation of the Social Experiment

After releasing Acid Rap, Chance found himself staring at a mountain of success building on his name. His solution, climb it with his friends. So, he launched The Social Experiment tour becoming a household name off the strength of his mixtape and live performances. This next wave of tracks chronicles the early releases of the band released in this era of their burgeoning success.
[table id=9 /]

Riding the Wave: Donnie Trumpet and the Social Experiment

Surf is credited as being created by “Donnie Trumpet and The Social Experiment.” Chance spoke about how important it was to Nico Segal’s own individual legacy to release this album under his own name and not by using Chance’s name. The album is really Segal’s project, but inspired and created under the collective efforts of The Social Experiment. This next section is going to select two moments from Surf representative of the group’s dynamic.
[table id=10 /]

Coloring Outside the Lines with Chance the Rapper

After Surf the world’s appetite for Chance only grew, not taking long for people to begin clamoring for another Chance solo work. Chance labeled Coloring Book his third mixtape, a free release landing on Apple Music first (supposedly for $500,000) but eventually being available everywhere. The work forced the Grammy’s to reevaluate their music viewership process by recognizing, for the first time, music not sold commercially. Coloring Book continued the growing ethos of The Social Experiment, just less directly. As Chance grew his bandmates did as well, there are 8 tracks on Coloring Book with “The Social Experiment” labeled as producers and another 2 tracks with production credits to an individual member of the band. But if Surf was a springboard project employing big names to achieve great results, Coloring Book was a cannon launching The Social Experiment into larger spheres of influence through work with names as big as Kanye, Lil Wayne, Justin Bieber, and Young Thug.
[table id=11 /]

Related Sauce:   In Conversation: Where Did Solange's When I Get Home Come From?

A New Direction for the Social Experiment

In the aftermath of Coloring Book, Chance the Rapper went generally silent. In the seemingly wide void left with Chance’s silence The Social Experiment have still been active. Through new ventures, producing for other talents, and surprise releases the group reminds us what we’re missing. They have constantly left us wanting more but have not let us forget who they are and what they are most notable for. This group of songs embodies the current position The Social Experiment is in, not a prolific output but an intentional and impactful one nonetheless.
[table id=12 /] 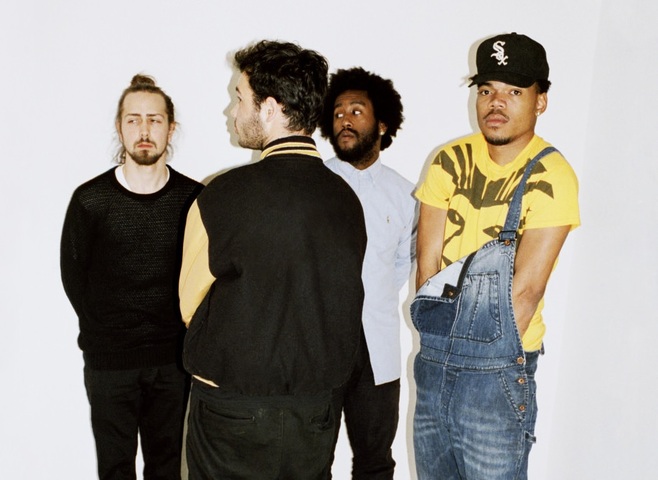 In its early stages, the Social Experiment was just a self-contained group of creatives. They quickly expanded their reach and grew capable of working with established and growing talent alike to continuously create well received music.

The Social Experiment of old has ballooned into a massive sphere of influence. Features with Justin Bieber, Kit Kat commercials, solo albums and solo tracks, spots on late night, Grammy wins, and electrifying Grammy performances. The Social Experiment has grown to stardom from humble beginnings, mostly on the back of its fearless leader Chance, but not without proper consideration for its less noticeable stars.

Chance is teasing a 2018 which might include him in Kanye’s recent run of 7-track albums and the release of his Childish Gambino collaboration. But understanding Chance and his discography thus far, means it is unlikely he moves into these ventures without bringing along his bandmates for the ride in some capacity.

“Forever Always”, “Jubilee,” and “First World Problems” signify the collective expansion of musical talent in each artist. This wave of the experiment is a current of musical growth running parallel to the growth of the relational bonds formed early on. These bonds hold the unique flavor of The Social Experiment; at their core these bonds tether each of the 5 together as collaborators but, more importantly, as friends. 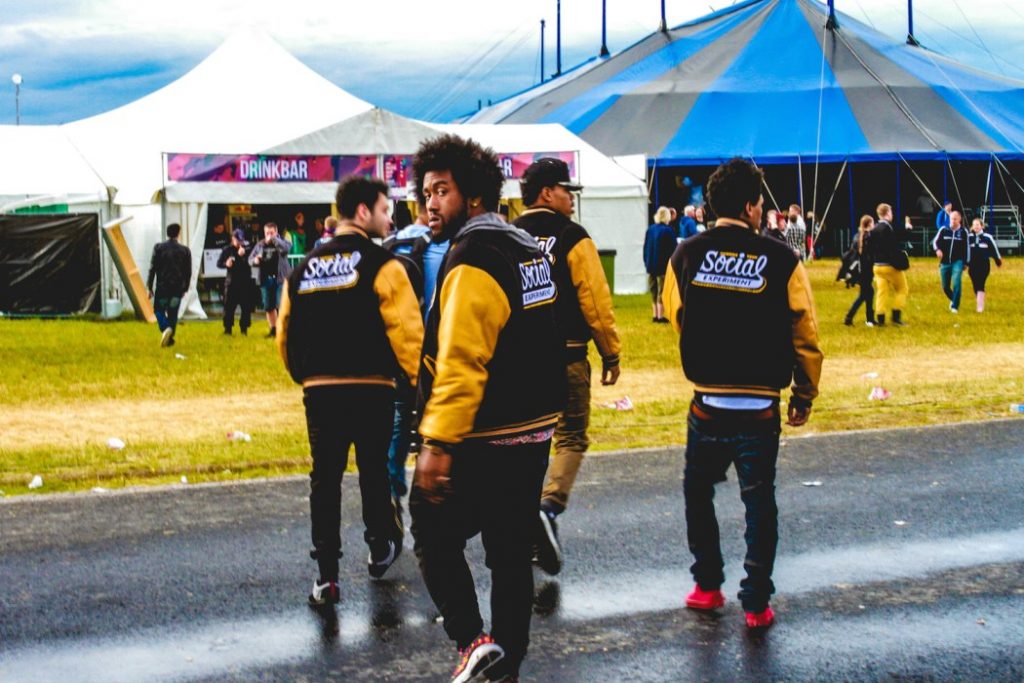