CentralSauce » Why We Like It: Sly Wes’ “I Wish” 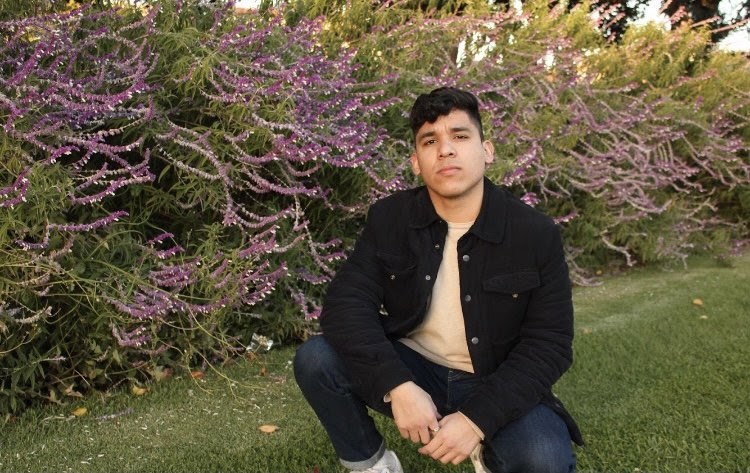 Born and bred in L.A, Sly Wes’ musical endeavours found his work in our SubmitHub inbox. Wes has been around music his whole life, eventually going to performing arts school and becoming the multi-instrumentalist he is today. In 2019 he released an album of demo instrumentals called Cloud Violet (Demo) and is now back with a genre-blending new single.

Have you ever heard a song combine reggaeton, synth pop and funk with lo-fi elements?

The beauty of “I Wish” is that it is truly singular, a testament to human individuality and experimentation by simply existing. Genre blending is nothing new, but to have these disparate elements grow out of each other like vines bursting out in different directions from the same roots, exercising their sovereignty while intertwining with one another is a sign of genius.

Soft synths rise through the wires in your earphones and slowly lift you out of the atmosphere as if filling you with helium. Before you can appreciate your cosmic surroundings, a reggaeton rhythm section sends you sprawling through the empty vastness. Once Wes’ almost drowned out vocals arrive, adding the perfect amount of melody without overrunning the instruments, the song starts to feel both comforting and obscenely danceable. “I Wish” makes me feel like I’m having an extraplanetary therapy session.

The funkadelic-inspired guitar solo brings the song home, completing what has been a magical mystery tour through modern musical history. Seeing these sounds tied to different eras, originating from different parts of the world to express completely different tones interact with each other will always fascinate me, but “I Wish” takes the extra step and not only makes the track an impressive cauldron of sound, but also a bop for the ages.

Ryan: The song picks up sounds from quite a few different genres, was it difficult to make them all work within the same track? Did it take a lot of experimenting?

Related Sauce:   Why We Like It: Prime Society’s “Plans”

Sly Wes: Rather than a lot of experimentation, it was an intuitive process for me. The best way I can describe it is as a “stream of consciousness” that revolved around the guitar. Once I got the guitar to tell the right story, it quickly instructed how the other instruments were going to support it. Throughout my time as a musician, I’ve listened and learned how to play different genres like Jazz, Salsa, G-Funk and Trap music to name a few. So combining genres became enjoyable and second nature to me. And I approached this song the way I do most: if it sounds good, then keep going. I still wanted it to have a level of familiarity but I didn’t let that get in the way of the final vision of the song.

I know there aren’t a lot of lyrics on the song but could you give me a little rundown of what you’re singing?

It is me wishing for a certain outcome and the obsessive nature thoughts can sometimes take when desiring it so badly. Ultimately, life goes on and we can choose to continue to ruminate or let go. This is reflected in the ambiguity of the lyrics “it’ll have to be.” Another way this comparison between desiring something and life’s spiral forward is highlighted is through the dynamic guitar playing and the more-static synth pads, respectively.

Keep track of Sly Wes’ next musical moves by following his Instagram @slywes9. Also, his 2019 project, Cloud Violet (Demo), is more than worth your time.