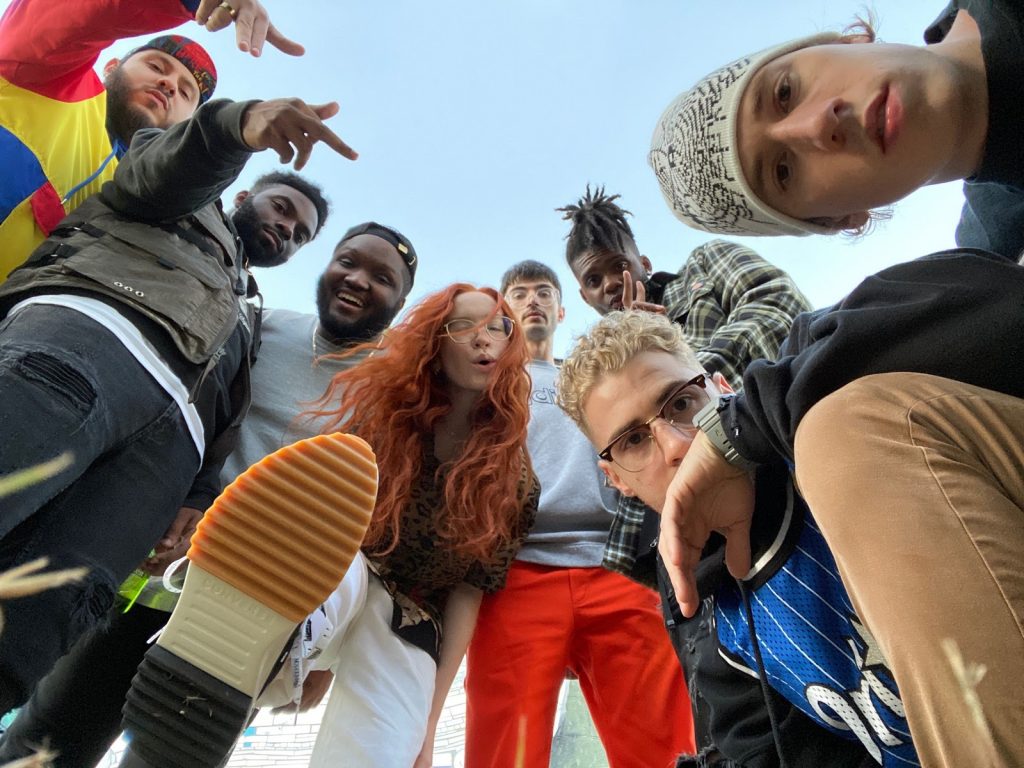 The nine person Florida collective, seeyousoon, drop off a message to the haters in our SubmitHub inbox. The nine — Ignacio (Iggy), Kenny, Denny, Maddie, Josh, Dre, Drex, Lucas, and Mitch come to ignite fire in every part of your soul. With the mission statement of “appealing to all senses”, they come with multiple flows and melodies to stick to that promise. As the last single released for their debut album, VIDÉ, they didn’t come to play with “Shut Up”.

There’s something about hollow echoing beats that catch my attention. They’re strange yet hit a chord of intrigue with me to where I’m captivated from start to finish. Coincidentally, I followed the directions of “Shut Up” to listen up.

Groups are kinda a speciality of mine. As someone who is used to learning 13 different members of a Kpop group (S/O Seventeen) there’s something refreshing about seeing a large group of singers, rappers, and producers in hip-hop. Brockhampton was the newest incarnation but brand themselves more as a boy band. seeyousoon or SYS, embrace their numbers and use each the best they can on whatever track they land on. You can hear Maddie doing a slight ad-lib during Lucas who first comes in with “Crept in / dressed in what I slept in / check my name off the guest list.” An introduction that set the tone perfectly. It’s hard yet cool. Effortlessly smooth, he sounds like a guy who drips swagger with every word he spits. It’s the complete opposite when Mitch comes in with the second verse. He’s threatening and energized as if he’s ready to grab the mic out of your hand and then fight you about it. They’re different yet work together thoroughly.

After the first verse, you get a hook that’s strangely catchy and a little monotone declaration of nonsense before Dre comes with a sly “shut up,” bouncing into his verse. His vocals are layered to add some texture with one being more chill and other being hype. The striking duality of his verse drew me in. Lastly, Drex comes in prepared with energy to match the whole group. He delivers with aggression that’s not being shouted from the rooftops but in the bathroom before he hurls a punch to whoever pissed him off. After all the present verses, and final hook delivery, it culminates to this anthemic yet combative repetition of “SHUT THE F*CK UP” as the voice in the background agrees and the track cuts. I was triggered to press play again as I vibed in silence. 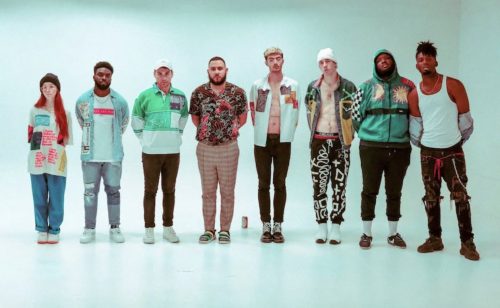 It started out as a joke, that turned into an actual track I made for Joshua in 2016-2017. I’d get bored and send him funny beats I made on iMaschine. Throwaways with me freestyling some gibberish over them. I did it to make us laugh! One time, he said ‘Ayooo, I actually like that one throwaway idea!’ So I lobbed the instrumental over to him. Josh writes and records his parts at our friend Julian Cruz’s studio few weeks later and I get a call that night from Josh saying, Cruz loves my hook. I said ‘What Hook?!?’ They ended up keeping my vocal reference on the track.

Fast forward to I think the end of 2018, Joshua FaceTimed me and introduced me to Iggy and Kenny. Instantly clicked, shared beats, etc. SYS later became a thing and eventually Iggy heard “Shut Up” and convinced Joshua to use the track for the group. With my iPhone voice memo ‘hook’ and all. So yeah , Shut Up was made on an iPhone 6s. With a blend of stock sounds, sampled sounds and some recorded straight into the phone mic.” seeyousoon for CentralSauce (2020)