CentralSauce » Why We Like It: SadoSan and Sentry Sinvil’s “Infinity” 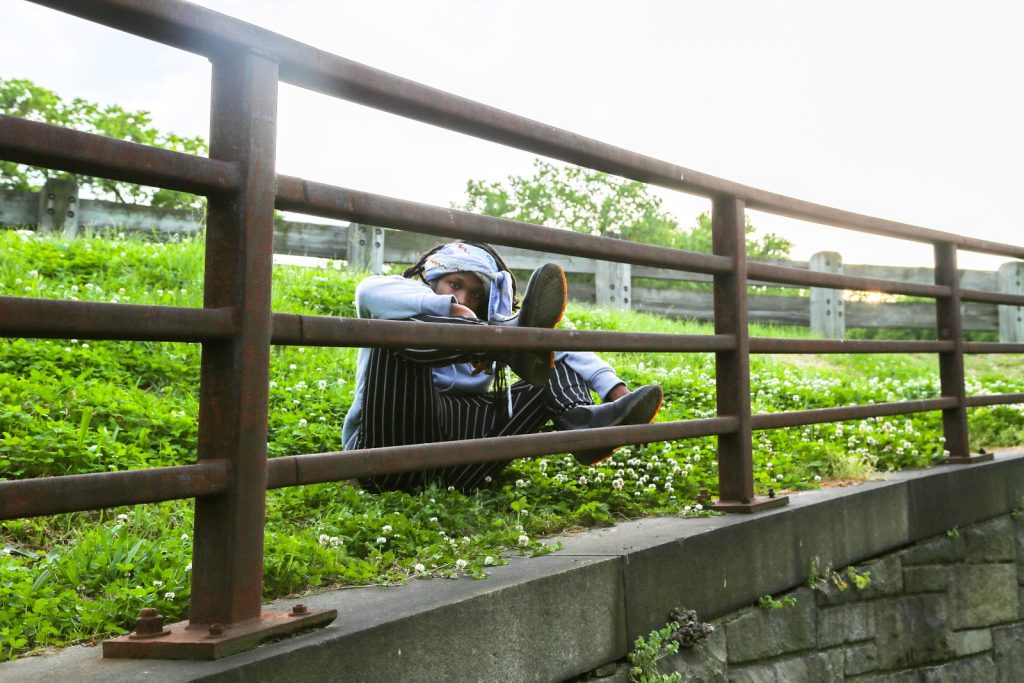 It was SadoSan himself who threw this fleeting joint into our SubmitHub inbox, the one-two punch of unconventional sounds and heady bars a knockout combination. There are elements of lo-fi tradition on display here, but the arrangement is striking in its uniqueness, and New Yorkers SadoSan and Sentry Sinvil make the most of the potential it holds.

There’s something intriguing at the heart of “Infinity,” a bold and inspired track waxed in some more familiar lo-fi textures. That comes courtesy of a unique recording process which favors live instrumentation, field recordings and, above all, adaptation. It’s to SadoSan’s credit that he feels so at home in this unconventional landscape, with his rhymes riding atop the murky, horn-punctuated loop.

Lyrically, both SadoSan and Sentry Sinvil are drawn to monsters, their nature unknowable and motives mysterious. It’s these enigmatic threats that dot a city where “most folks don’t feel safe without the chrome,” and in what feels like a fleeting COVID allusion, SadoSan takes to measuring “his safe space by the feet.” He even manages to throw in some music theory, comparing parallel fifths – a musical practice ‘forbidden’ for the better part of 400 years – to “the lies we live,” prohibitions that endure until “we abandon the chorus that tells us we can’t.”

Sentry Sinvil channels his animated vocal presence into a vivid verse exploring both the spoils of his vision and the fears of his station. There’s a “Mind Playing Tricks”-style paranoia at hand, one that manifests in mirrors, mentality and the mind’s eye itself, the “conquistadors moving forward to [his] moral compass.” Sentry’s painfully aware of the insidious attacks on his values and virtues, that callous treatment illustrated in shades of Spanish slaughter. It feels like more than just a simple metaphor, and as we move towards some connective tissue, Sentry admits it’s a quagmire: “this life stuff gets too complex.”

He’s not wrong, but with their sharp bars, bold contentions and intriguing approach, SadoSan and Sentry Sinvil are certainly well-equipped.

Related Sauce:   Why We Like It: Louis Baker’s “Love Levitates” 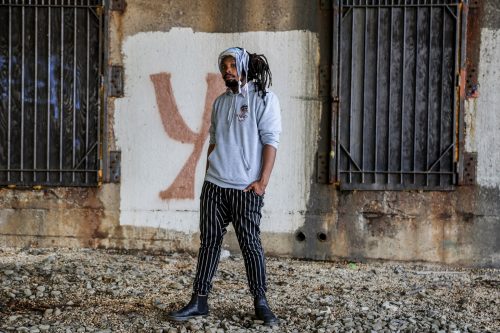 All the musicians featured on the track are long time friends of mine from university. The recording process is a bit unconventional, I tend to employ field recordings, as opposed to studio recordings. So the music featured is actually a sample from a live performance recorded via a zoom recorder. Almost all of my production follows this route. I can sample the audio from a performance or even a rehearsal. I find that there is some magic that happens with musicians when ‘no one is looking’ (recording them intently).”

And so obtaining this “source” material is what sets my work flow apart from my peers. I love sample based hip-hop, but as a creator it was hard for me to feel completely proud of what I made. If I sample a Marvin Gaye song, and the song I make is good, well the Marvin Gaye song was already great. I’d have to work hard to make it a bad song. I can’t take Marvin’s credit. I want to “sample” my friends. Sample my own work. Create something I feel I have more of a hand in!” – SadoSan for CentralSauce (2020)

If you were to take Spotify’s word for it, you’d think “Infinity” is SadoSan’s debut effort. Apple Music is a little better equipped, with his debut album, 2017’s Kinda Creature, also available to stream. His SoundCloud holds another gem in “Anti-Air,” a similarly band-based slice of brainy lo-fi from earlier this year featuring the very same band, producer and engineer!

Sentry Sinvil, a self-described “crooner turned rapper,” is similarly well-heeled. His 2017 LP, Rare Gems, is available to stream on Spotify, as well as his four standalone 2019 singles: “Money,” “Fucked Up,” “Celebrate” and “Get It/Too Much.” His Soundcloud is home to a host of loosies, interludes and extras, a handful of which find him reuniting with both SadoSan and producer Black Bradford. I’d also recommend checking out the video for “Celebrate,” which dropped just last month and recalls a time when going outside was a carefree escape… ah, back in the day!