CentralSauce » Why We Like It: Rouge’s “Closest Thing to God in the Flesh”

“Closest Thing to God in the Flesh” — Rouge

Closest Thing to God in the Flesh

All the way from Staten Island comes Rouge, a wordsmith and engineer whose latest single dropped into our SubmitHub inbox. “Closest Thing to God in the Flesh” is a pick from his debut project, War! which was released earlier this year. Rouge has a love for the experimental, and for this track, producer Chris Bruno helped Rouge realise these abstract visions.

“Closest Thing to God in the Flesh” is a song of overlapping phases, seasons and personalities. It feels as if you lifted your personality from each decade of your life, placed them on top of each other and lived as multiple people all at once, experiencing summers and winters simultaneously. Your tether to reality through this experience is Rouge’s melodic musings, a defined black-and-white throughline in this abstract and ever-changing soundscape.

It is not just Rouge’s voice that keeps you grounded, but the humanity in his words. He raps “I’m not enough for my family or my friends / On an open road to nowhere I’ve been facing how it ends / I’ve been trying to make amends,” reflecting relatable sentiments to anyone with low self-esteem. The instrumental glitches, switches and sweeps you from location to location but this honesty is what stops you from getting lost.

Honesty is a powerful thing, the lack of it is what keeps people imprisoned by their hubris or their pain. Feelings of supremacy and inferiority are always delusions, created from the difficulty of being honest. There is nothing Rouge is afraid to say to himself, allowing him to approach something like positivity by the end of the song. He ends with the lines “Growing up how God had made me / maybe I’m not a failure after all,” after almost three minutes of being consumed by his pain and contemplating suicide. Rouge reaches a realisation of his humanity, though perhaps too late.

Related Sauce:   Why We Like It: Lebbs’ “Right One” Ft. Daisy Vorakhanh 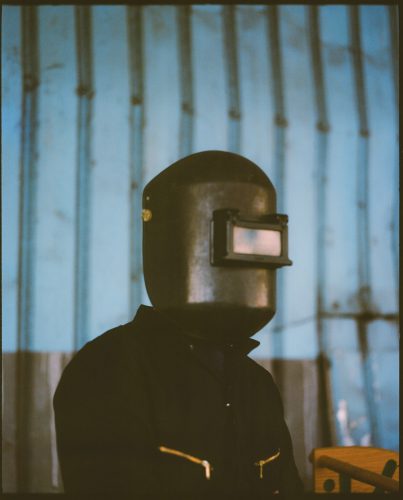 Exploring the Soundcloud producer scene and emerging subcultures/subgenres, I just became way more interested in creating music that assaulted your common sensibilities, especially since at that point, I was developing my “sound” so to speak and was actually getting bored with my taste. It’s interesting how we view experimental music through this lens of what we view as alternative or weird, but everything that’s popular started from experimentation, and I don’t even think experimentation necessarily means just doing weird stuff. It could be as simple as putting your lived, honest truth out there, or just having the vision to go where no one else is going. I might even go as far to say that’s the benchmark of what being a true “artist” is to me, the courage to experiment and put your own voice out there. And you’ll know it when you’ve done that, because nobody else has your voice but you. So I don’t think I view experimentation, at least not anymore, as anything but challenging yourself and whatever “establishment” you view as the normal.” – Rouge for CentralSauce

As previously mentioned, Rouge’s debut project War! is out on whichever streaming service you prefer. He plays with a myriad of sounds and styles which makes for a fascinating listen. Be sure to catch his future releases by following him on Instagram and checking out his website.