Rich Chigga kicked off 2018 by making headlines with a new single and a new name. Why did the polo wearing, budding bass god make the change to Rich Brian?

Rich Chigga (aka Rich Brian, aka Brian Imanuel) celebrated the first day of the New Year by dropping a new single via his twitter – along with some unexpected news. “See Me” was the least notable single in his short career thus far, but his announcement was anything but insignificant.

Related Sauce:   Brockhampton: The Video that Started it All

Why did Rich Chigga change his name?

Media outlets and fans alike seemed surprised by an up-and-comer like Rich Chigga making such a drastic pivot in his brand so early in his career. But the writing has been in the cards for years. In a 2016 interview with Fader, Brian was blunt about his intentions:

“I’m not going to make my music based around this ignorant ass name.”

Brian then went on to open up about his controversial alias:

“I’m really about seeing people and art for what they are. Like seeing people as humans and seeing art. I really don’t think [my race] should matter. Like I don’t think it should be a thing that needs to be asked, like, “Oh shit, are you an Asian rapper?” You know, I’m Asian, but this is part of the reason why I regret having Rich Chigga.”

Rich Chigga began as something that had a foot in Big Shaq-esque satire and Odd Future-esque provocation. As an Indonesian with little to no prior understanding of racial dynamics in America, Brian Imanuel clearly underestimated the extent of the controversy that his chosen alias would provoke. After undergoing an extensive Twitter thrashing and being subjected to attack pieces by the likes of DJ Booth’s Managing Editor, Immanuel had a choice to make.

It was clear that Imanuel had talent and legit starpower – but how seriously was he going to take his musical career? His decision to switch to “Rich Brian” before his debut album drops this spring gives us our answer.

Judging from the fact that he has already changed his name from “Rich Chigga” to “Rich Brian” on all the music videos on his YouTube channel, it seems that Brian is here to stay.

Yes I now go by “Brian”. I have been planning to do this forever and I’m so happy to finally do it. I was naive & I made a mistake. new year, new beginning, happy new years™️

How Brian Imanuel Became Rich Chigga In the First Place

In 2011, a friend showed young Brian Imanuel the video for Macklemore’s “Thrift Shop”. At that point, Brian had spent his entire life (all 12 years of it) in his native Indonesia and had never heard anything like rap before. He was immediately hooked. 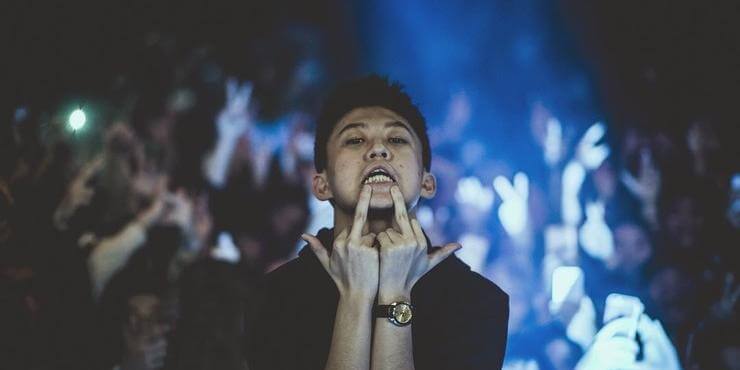 The Rise of Rich Chigga

Five years later, Imanuel dropped his viral single “Dat $tick” under the moniker Rich Chigga. The music video featured a skinny, teenaged Brian Imanuel wearing a pink polo and fanny pack. His friends backed him waving guns like they’d never held them before. He poured liquor on the ground in slow motion. He dabbed.

The video was hilarious – but the song was legitimately and uniquely artistic. “Dat Stick” featured high-fi production with heavy, blown out bass and a smooth flow that fits so well it’s hard to believe this kid hadn’t released any music before. “Dat $tick” quickly blew up to the tune of 80 million views (and counting), and took Brian international.

“My perspective of rap was just what I’d seen from the skewed lens of the internet. I was 12 when I was introduced to it and I just thought it was this cool thing – it’s explicit, edgy, it’s a fresh air from all the soft mainstream pop stuff [in Indonesia]”

Highlights from the Video: 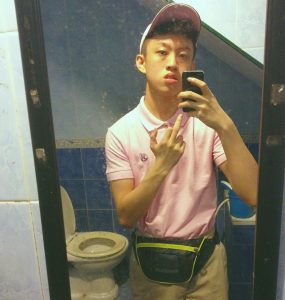 Flatbush Zombies: “He found a way to say n***a without saying it. This guy’s a genius.”

Tory Lanez: “This is the hardest n***a of all time”

Cam’ron: “I see the comedic side of what he’s doing, but what he’s spittin was dope though. His flow was tough.”

21 Savage: “They dead ass serious? I don’t know what the hell he is thinkin. He got a gotdamn fanny pack on.”

The Origins of Rich Brian

Brian Imanuel is a 90’s baby – but just barely. Imanuel was born in 1999 in Jakarta, the capital of Indonesia. He was homeschooled his whole life, and grew up a true child of the internet.

“I learned almost everything I know from the internet, even culture, basic common sense, cinematography, and I’m still learning.”

Imanuel originally made his mark online through clever, short-form comedy heavy on satire. His videos on Vine and YouTube, in particular, earned him millions of views. For a taste, check out his supremely awkward video tutorial on “how to microwave bread”, currently sporting close to 3 million views on YouTube:


how to microwave #bread 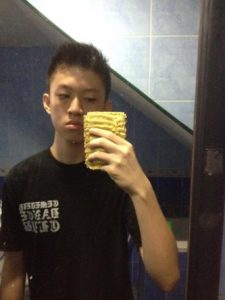 “[My comedy] is super satirical. Indonesian people don’t get satire, that’s the thing. There’s no thought in our humor. Every time I would post shit on Instagram, like I posted this picture of me wearing pink mascara and people are like, “Brian what are you doing? Are you gay?”

Although Rich Brian’s comedy carries through to his music videos, the laughs stop at the music itself. While the videos are clearly a tongue-in-cheek production, the music’s production, his flow and lyricism, and the video quality are memorable because they’re so genuinely artistic and it bumps hard as hell.

The pairing of comedy and bass brings to mind another controversial rapper: Tyler, the Creator. According to Rich Brian, the common themes in their work are no coincidence:

“I’ve been really influenced by Tyler, the Creator. I really like what he’s doing, when he mixes his music and his musical career with comedy. I really would like to do that in the future.” 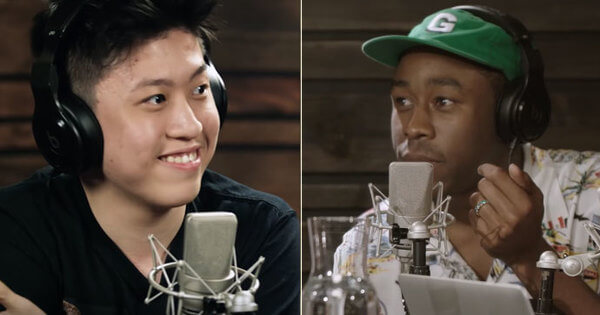 In addition to Tyler, Rich Brian cites Young Thug, Yung Lean, and Childish Gambino as his biggest influences, despite finding his way into rap through Macklemore, Drake, and 2 Chainz.

A Star in the Making

2017 was a big year for Rich Brian / Rich Chigga. He made his debut American performance at Rolling Loud in Miami, went on two headlining tours, won the award for Breakthrough Artist of the Year at the Indonesian Choice Awards, and earned collaborations from some big names, including:

While in LA to record in late 2017, Rich Brian also made rounds meeting the other rising stars of Alt-Hip Hop. He went to the BROCKHAMPTON Factory out in LA and hung with the entire gang – leaving us salivating at the thought of a potential collab.

Among other artists, he also met up with Post Malone – who got him a very weird birthday present in September – as you would expect from a goofy guy like Post Malone.

POST MALONE SURPRISES RICH BRIAN WITH THE BEST BIRTHDAY GIFT OF ALL TIME!! | WITH POSTMATES!

2017 was certainly big for Rich Brian, but 2018 looks even brighter for the Indonesian starlet – headlined by his highly anticipated debut album, Amen.

Judging from his singles and the statement of intent made with his name change, Amen is going to be one of the hottest albums of the year from an up and comer. We’ll be waiting for it when the clock strikes midnight on 2/2/18. In the meantime, hopefully this picture of Rich Brian will hold you over. 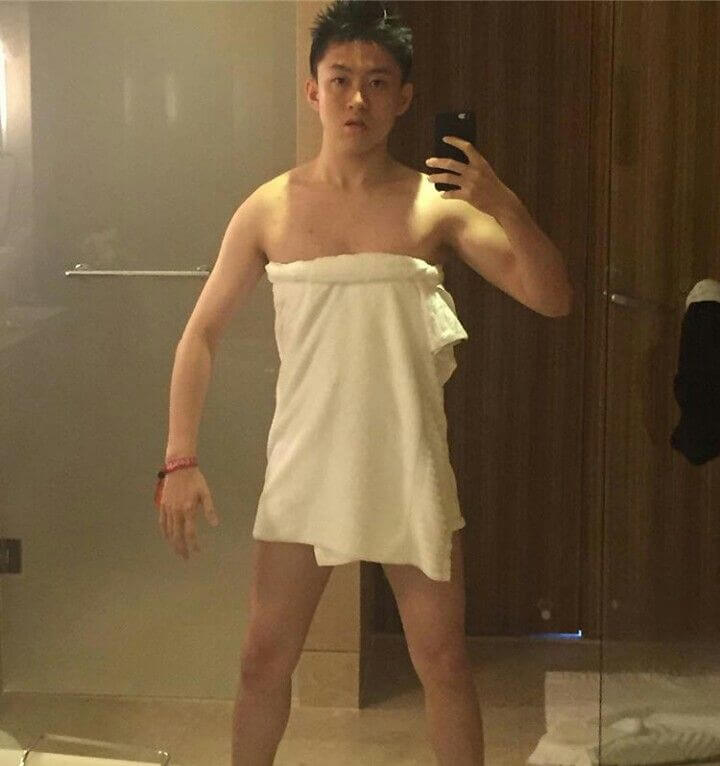