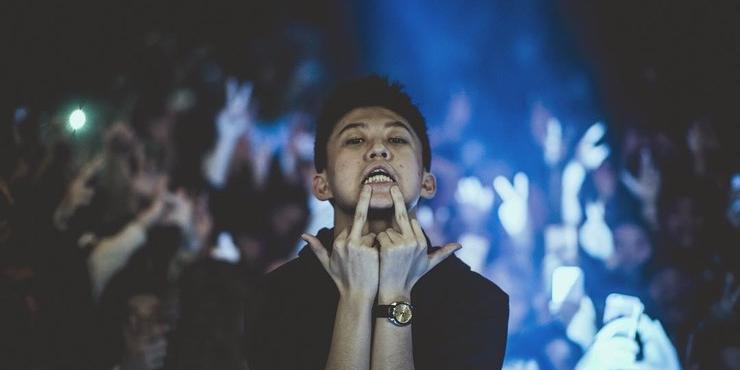 Rich Brian, formerly Rich Chigga, is steadily stacking hype with his new track “18”. It’s no random coincidence that he picked the number eighteen for the song’s title – Rich Brian, along with featured artist Trippie Redd, is just 18 years old this year.

The track is the latest step in an impressive run for Rich Brian since he dropped his viral single “Dat $tick” under the moniker Rich Chigga in early 2016. The music video featured a skinny, teenaged Brian Imanuel wearing a pink polo and fanny pack. His friends backed him waving guns like they’d never held them before. He poured liquor on the ground in slow motion. He dabbed. And then he blew up.

Brian’s music pairs original lyricism with themes from his biggest influences, including alternative hip hop artists like Childish Gambino, Yung Lean, and Tyler, the Creator. “18” is Rich Brian’s second single since he announced the release of his debut album, Amen, last December.

Rich Brian’s “18” has several extremely interesting features. The song has no less than four featured artists, continuing Rich Brian’s trend of welcoming collaboration in his music. As a former YouTube star himself, Rich Brian’s inclusion of viral sensations Baauer and George Miller makes us hopeful for an accompanying music video for “18” further down the road.

First off, “18” features Kris Wu, a Chinese-Canadian actor and singer who is a former member of the South Korean-Chinese boy band EXO. You might recognize Wu from his song “Deserve” with Travis Scott from last fall:

Next up on the track is Baauer, an American electronic music producer. Baauer, (real name Harry Bauer Rodrigues), specializes in trap and bass. You probably remember when his viral hit “Harlem Shake” made seemingly endless rounds on the internet a few years back.

The third featured artist on Rich Brian’s “18” is George Miller, a Japanese-Australian artist and producer. George is also partially responsible for the success of Baauer’s “Harlem Shake”, after creating the Original Harlem Shake video on his YouTube channel in 2013 that kicked off the craze:


DO THE HARLEM SHAKE (ORIGINAL)

The final featured artist on “18” is none other than Ohio rapper Trippie Redd. The 18 year old dropped his debut mixtape just last May, kicking off one of the most impressive rookie years of the last decade. You might recognize him from his stupid catchy collab with DRAM, “ILL NANA” – one of the best songs of 2017.