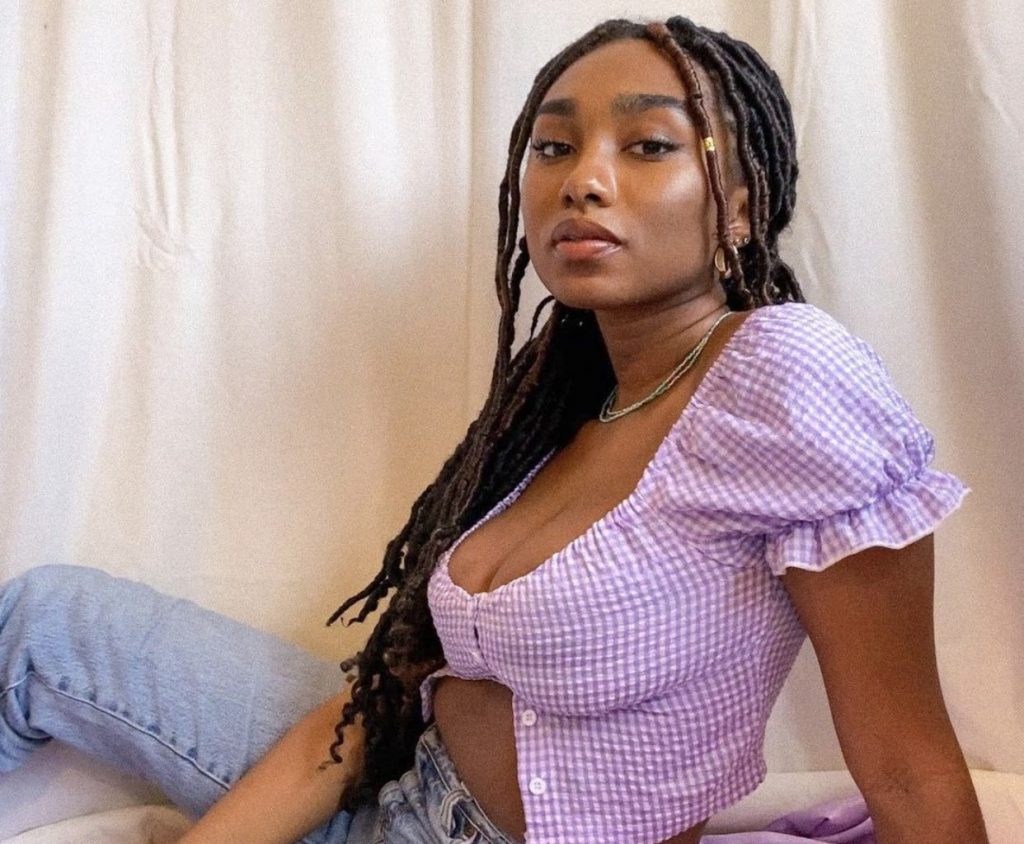 South London singer-songwriter, Raelle, embraces the days to come in our SubmitHub inbox. After impressing us before with her single “Sundown,” she decides to open up Spring with a single that truly encapsulates the season and all it represents. Taking hints of bossa nova and mixing it with her brand of R&B, she finds that refreshing feeling of the season.

As the second single to her forthcoming EP after “Sundown,” this song is almost a sister to its predecessor. Part 1 and 2 coming together to tell a greater story of not fearing change. Recently teaming with DMY Artists, she might have one more thing up her sleeve for listeners later, I think this offering shows her songwriting is just as elegant as her voice. It’s time to get lost in the “Purple Skies.”

Seasons change and with each change, there are songs that help transition my mindstate into the next occasional climate change. Upbeat celebratory tunes help me sizzle in the Summer heat. Tunes of relaxed, warm windy breezes bring about delightful Autumns. Cold and sad reminiscent harmonies soundtrack my Winters. March signifies another change as well. Spring is upon us and as the sunshine brightens my days while the rain waters my heart, I need music to give nutrition to my soul to better my spirit. Raelle’s blooming tune “Purple Skies” is the perfect song to score my new mood.

While her last song perfectly encapsulated the Fall season, her latest release brings the fresh warmth of new life. It’s groovy with its bossa nova rhythms and her silky, rich vocals to glide over my ears and bring me at ease. Last March, a lot of people saw the pandemic touch down and halt the world. “After I finished writing the song, I realized I had written it about my dealings with anxiety. 2020 was a rough year for everyone, and it brought with it so much uncertainty. So much of my life was derailed, it was a lot to handle”, Raelle says of the past year and how it shaped the song. Releasing on the last Friday of February, this song is the first bud in the flowerbed of this season to signify a calming, reassuring feeling of what’s to come. It doesn’t just bring me at ease, it brings me hope.

I had been listening to a lot of bossa nova and orchestral and psychedelic R&B over summer when we started writing it, and I just fell in love, so that’s why we included instruments such as the bongos and violins, flutes and the brass section.” – Raelle for CentralSauce

The song has this evolution instrumentally as well that’s gorgeous to experience. At first, there’s only the drums and percussion. After a few seconds, the soaring vocals that harmonize and tune the track gloss over with strings elevating her voice even higher. Once the flutes start, I’m blown away and I’m only 15 seconds into the song at that point. It gives warmth to the music and lets me know what I’m in for. The verses strip everything back but that gradual evolution begins again as the verse progresses but with additional horns are added. The instruments are in unanimity. Nothing breaks their bond as they are being led by Raelle’s vocals.

The way I like to write music, is alone I find it easier to say what I actually want to say, and am comfortable to make mistakes without the pressure of other people around me.” – Raelle for CentralSauce

There are moments in songs that just take me there. At the 2:36 mark, I wasn’t just alive. I was living. It brought a fervent feeling that flushed my face that felt fresh. I could see the purple skies as the day was ending and I could embrace. The anxiety of wanting a better day was slowed as I knew today was just one day and I could have a better day tomorrow or the next day. Life is never defined by one day. It’s made up of many days of years to come. With those feelings come love and I loved that moment in the song until it ended.

Change brings uncertainty for many and with it brings fear. There’s an art to letting go and taking the unknown hand in hand as you walk forward but songs like this represent the beauty in embracing the unknown. Spring brings a lot of rain but there’s no rainbow without the pour. “Never a failure, always a lesson There is so much beauty in uncertainty, it can take you to places and cause you to meet people you otherwise wouldn’t have- so embrace It”, Raelle says of the feelings conveyed in the song. Like the setting sun, the purple skies may come to end one day to bring about another day. Don’t be scared of the sundown, the sliver of silver linings will bless your crown. 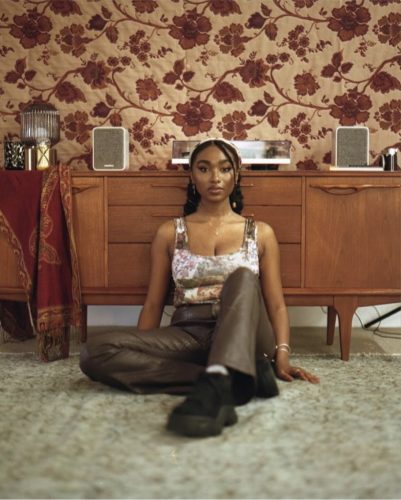 Raelle: So we wrote the song, last summer, the demo version. I went to Carter Sanders (my producer) with this beat and I was like I really want to do something with it. He lives in Boston US so we were vibing over zoom and we came up with the initial demo version and instantly I named it Purple skies….The intro harmony section just came to me, and once I started layering the harmonies together I couldn’t stop. The words same thing, I had a feeling that the song made me feel, but I didn’t quite know what that feeling was. So I just started singing and let my feelings speak freely, and I wrote the lyrics in about 40 mins. It took another 5 months to get it to how it is now, and it was a long process getting all the musicians to play their parts, but I am really happy with the result. Definitely a labour of love.

So at the time of writing, it was just one bad day after the other, and I realised I couldn’t control it, which was really hard for me. So I just stopped trying to control things that were out of my control and try and embrace life as it comes, with all its beautiful lessons. Don’t try and control things that are completely out of your control And just because you may feel weak now, doesn’t mean you are not strong. Don’t be too hard on yourself, there is so much to live for, better days are near.

To keep up with Raelle, you can follow her on Twitter and Instagram. You can listen to her previous singles “Wait for It” and “Close to You.” Raelle is gearing up for the release of her first EP to be released in June. Look forward to what’s to come.

Related Sauce:   Conversations with Chris Patrick: “Speak what you want into existence”