CentralSauce » April Spotlight: Pivot Gang’s You Can’t Sit With Us

“Essential & Unheard” is a collaborative content series between the CentralSauce Creators that highlights awesome music that flew under the radar each month. A 20 track-maximum playlist, featuring songs by lesser-known artists that deserve more recognition than they’ve been getting. This month’s spotlight is on PIVOT GANG‘s debut album.

April may not have had any single, major release that dominated the airwaves – but in the absence of familiarity, we can find valuable opportunities for discovery. After all, we’ve got to find something to do while we wait for EARTHGANG to drop Mirrorland this summer, a debut album that’s been over 7 years in the making from two of the most unique vocalists in music.

“Discovery” really sums up this past month for us at CentralSauce. For the very first time, we began accepting song submissions from undiscovered artists hungry for their breakthrough. Thanks to the eclectic and refined tastes of my fellow Creators here on the Sauce, I was introduced to a cornucopia of new artists and sounds. In fact, for the first time in over two years, my personal “Daily Mix 1” on Spotify wasn’t exclusively rap-focused… but that doesn’t mean that there wasn’t any great hip-hop to check out.

Chicago MC Chris Crack continued to press his claim to the crown as “the hardest working artist in hip-hop” with his second project of 2019 and eighth album in the last twelve months. We got a full-length, high octane album from two of the hottest hands in hip-hop today: Rico Nasty & Kenny Beats’ Anger Management. GOOD Music starlet 070 Shake dropped her first project since rising to national prominence thanks to the Wyoming sessions last year. Anderson .Paak released his hasty follow-up to the long-awaited Oxnard with Ventura, in which he returned to the soulful roots that defined his sound going all the way back to the days when he was known as Breezy Lovejoy. We finally got a debut album from NYC-based Lolo Zouai, who has been releasing her own music in trickles over the last year. Lolo’s project High Highs to Low Lows was finished before she recently signed to RCA Records and gives us a satisfying and authentic glimpse into her music as an individual.

Check out the playlist below for a selection of the most Essential & Unheard tracks from April — and keep reading for a spotlight on our stand-out artist of the month, PIVOT GANG.

April Spotlight: You Can’t Sit With Us – Pivot Gang 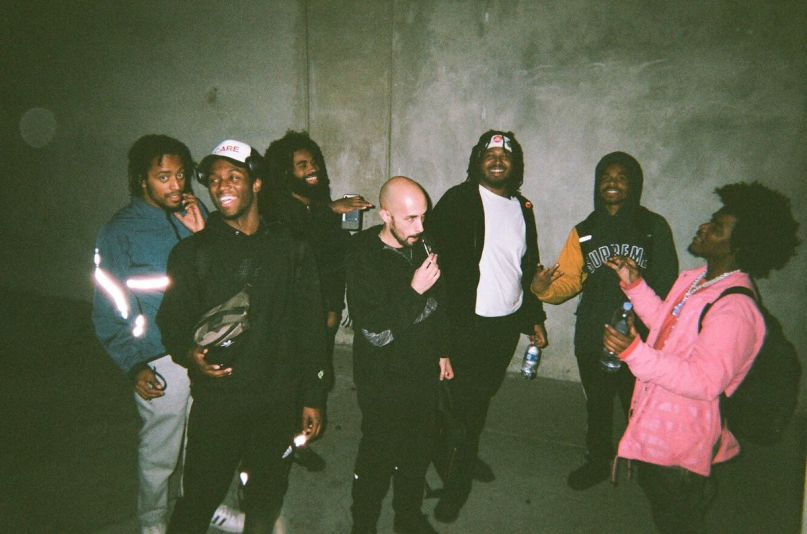 I’ll mostly avoid diving into the project itself so as to let you to explore the music and form your own perspective. But there’s one track on this album that is so important for reasons that are far too easy to miss.

The album’s 6th track “Bible”, is a microcosm for what this entire project means at its heart. The song features the group’s most prolific and visible artist Saba alongside lesser-known quantities Frsh Waters and DinnerwithJohn. Both Frsh Waters and DinnerwithJohn were part of Pivot in the group’s earliest days back in 2011, but after the former was incarcerated for more than three years in 2014 and the latter was fatally stabbed in early 2017 in a street robbery, it was easy to think that this was the end of two more promising musical careers from young artists out of Chicago. But loyalty flows deep in Pivot Gang’s – and Saba’s – core. In fact, loyalty defines the entire project.

Fresh off his critically acclaimed breakthrough album CARE FOR ME, what is the first thing that Saba chooses to do? He’s not rolling around LA flaunting his newfound success or pumping out paid features to rake in the cash. He doesn’t immediately sign a contract with the highest-bidding label or travel the world. He goes right back to his Day One’s and immediately applies himself as a rapper, producer, and executive producer to drive the creation of a full-length posse album to help bring some of that spotlight onto his hometown crew. But they’re more than his crew: Pivot Gang truly is a family affair.

One thing about Pivot is that they won’t let you feel left out. We all instilled that in each other. We know we ain’t going to leave each other behind about anything. When I left that first day, I was in contact with gang.” – Frsh Waters (2017) 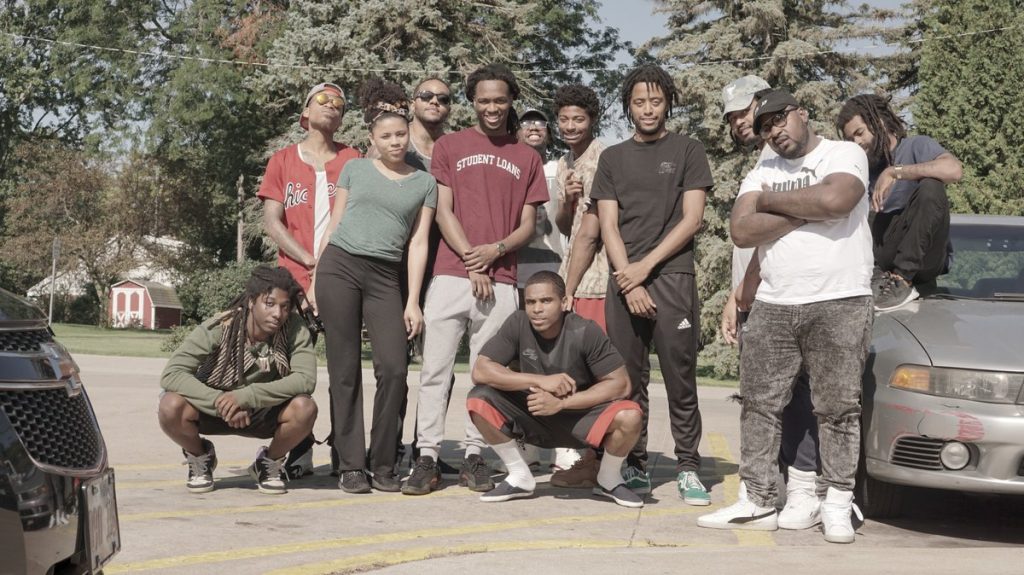 But who exactly is in Pivot Gang? And how does a relatively obscure collective releasing their debut album independently have such a deep-rooted network? From the outside, it can be a sprawling web of collaboration confusing enough to give headaches – so let me connect all these dots for you.

Joseph Chilliams is the older brother of Saba and one of the two original co-founders of Pivot Gang.

MFnMelo is a long-time friend of Joseph Chilliams and Saba, ever since Joseph hit him up asking to borrow an Xbox controller. They started collaborating together when the two brothers invited him to over to their basement to record some music in High School on MySpace.

Frsh Waters is the second co-founder of Pivot. In the very beginning, Frsh Waters took Saba under his wing and persuaded Saba to put himself out there at Chicago’s open mics. Saba credits Frsh Waters with giving him the self-confidence he needed to take his music to the big-time. Before forming Pivot, both Frsh Waters and Joseph Chilliams had their own crews. As they grew closer and others began to fall off, Frsh and Joseph ended up merging the crews together, before releasing their debut mixtape JIMMY in 2013.

Related Sauce:   Why We Like It: Jaywop’s “Big Bad”

SqueakPIVOT is the younger brother of Frsh Waters, who brought Squeak into the group in an effort to give him a productive outlet while on house arrest. Squeak’s early contributions to the group included providing transportation to and from the studio for the rest of the squad, but over time he began transitioning into a role as an audio engineer and producer.

DaedaePIVOT has been producing for and touring with the group ever since working with Saba on his second mixtape, COMFORTZONE.

Jean Deaux is a first-cousin of Saba and Joseph Chilliams, and went on tour with both in support of Saba’s CARE FOR ME tour in 2018.

Smino, while technically hailing from St. Louis, earns his place in the family through Jean Deaux, whom he has been dating for several years. Jean and Smino collaborate frequently as artists, with Jean both directing and acting in many of Smino’s music videos including “Anita” and “Wild Irish Roses”.

Mick Jenkins got in with Pivot Gang through his open mic performances as part of the Young Chicago Authors, a group that also gave Saba, Chance the Rapper, Noname, and Femdot their starts.

Kari Faux is one of the few artists on the tape that has never lived in Chicago. Kari opened for Mick Jenkins on his Pieces of a Man Tour in 2018.

Femdot is another product of the open mic nights put on by the Chicago Young Authors organization. At the age of 15 he went to his very first open mic, where a group by the name of PIVOT happened to be the feature act.

Benjamin Earl Turner is yet another product of the Chicago Young Authors open mic nights. You might recognize him from his standout verse on “Westside Bound” from Saba’s breakthrough mixtape Bucket List Project or his work on Noname’s Room 25.

And finally, Sylvan LaCue. Sylvan opened for Saba on his Bucket List Tour in 2016. The two originally met at an underground radio station in New York back in 2014 and have been close collaborators and friends ever since. 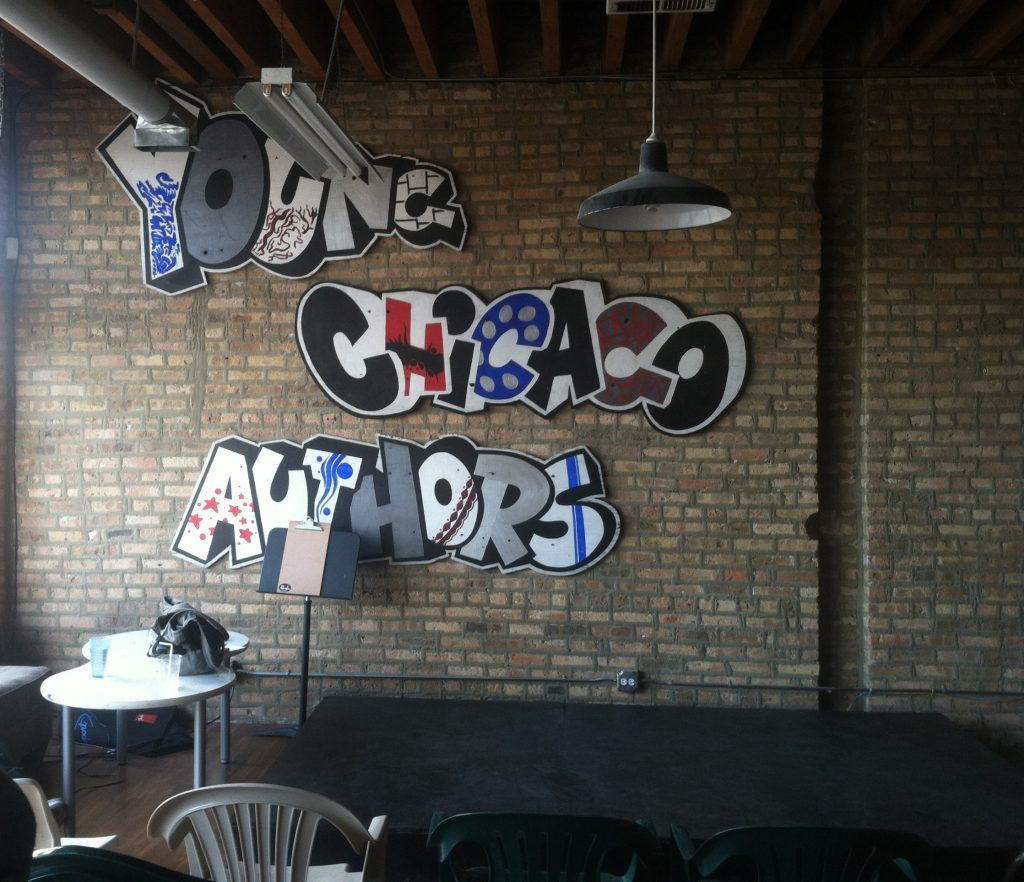 We’re looking forward to hearing a lot more from Pivot Gang and their ever-growing network of collaborators, as well as the rest of April’s Essential & Unheard artists, this year. For more reading on Pivot, check out our profile that shines a light on the group’s beginnings and early works.