CentralSauce » Why We Like It: Pink Matter’s “You’ll Never Know” 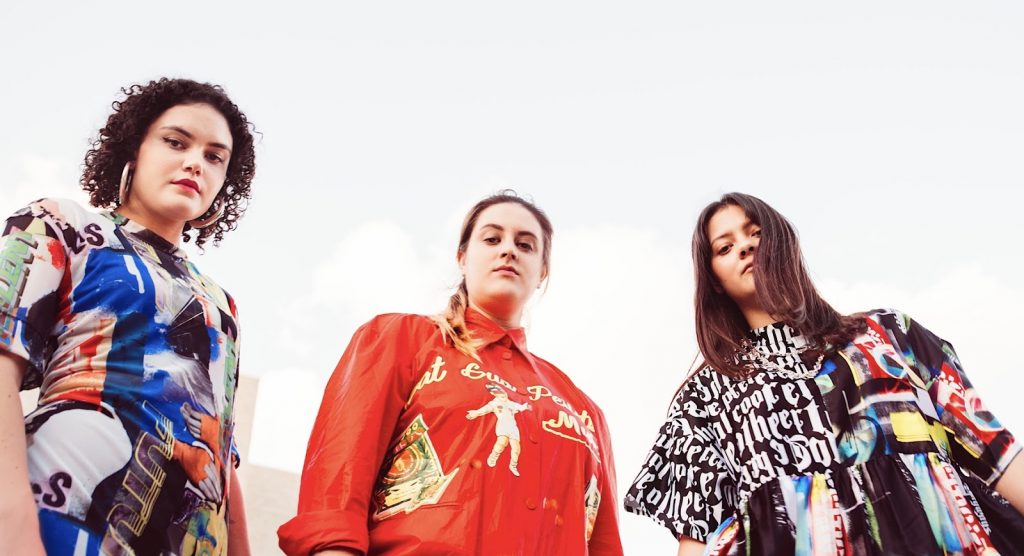 Brisbane three-piece Pink Matter share their new single “You’ll Never Know” co-produced with close collaborator Harvey Sutherland. The new single is a journey of sound and matter that is the outfit’s first release for 2020, coinciding with the announcement of the band moving forward as a three-piece. They wrote the song altogether starting with a bit of a jam on top of an ascending arpeggiator. They say they originally wrote it much slower, but when it came time to record in the studio they sped up the tempo to help the song sit more into the groove. Harvey Sutherland added a lot of the quirky samples and effects. Haima Marriott is also behind the seamless mix. Simply, the song is vibe riddled with empowering phrasing and energy and thankfully it landed in our SubmitHub inbox!

Sometimes strictly off a few notes of an intro you know you have to listen more intently to a new song. Pink Matter’s latest single “You’ll Never Know” is unquestionably one of those jams. The sharp, melodic, high-pitched piano chords strike such a specific nerve right out of the gate. They sound triumphant yet cerebral. It’s weird, such a simple few beginning chords make you want to think or take in a message, but also give you that guttural energy with a necessary emotive connection. Then quickly the sleek, yet funky and driving lyrical bassline enters into the soundscape. It feels like that moment on the dance floor when you’re in your own zone, a little intoxicated, and another positive vibed stunning dance partner arrives smoothly into your energy. The hook into the song literally takes ten seconds.

A few moments later when the ethereal vocals and drums slide in you know you’re along for the ride. The kick on the drum pattern is simple yet grabs you with a sort of double rim shot that evokes a smirk indicating the subtext of, “ah I see what you did there.” The lyric as it comes in is a simple yet poignant expression, noticing a soul full of potential who lacks some self love. The lead vocalist sings, “Blind to the beauty that radiates through her, around her…But she’ll never know.” As the lyrics come in you realize that the composition itself seems to represent that aura of beauty surrounding this woman that she can’t recognize. It is apparent to those around her that view or experience her but she can’t perceive it herself. The intention of the song becomes clear, if she can’t see it or feel it let’s make her hear it.

The song rides that tone until about the 2:15 mark when the beat drops out revealing a new bridge section piano pattern that is reminiscent of something The XX would play. It grounds the song and then allows space for it to build into a double timed dancier drum pattern that just feels like a true celebration of beauty and potential that should be embraced. As this energy takes you through the end of the piece you wonder why more songs don’t so cleverly use sounds with such a vital and uplifting purpose. 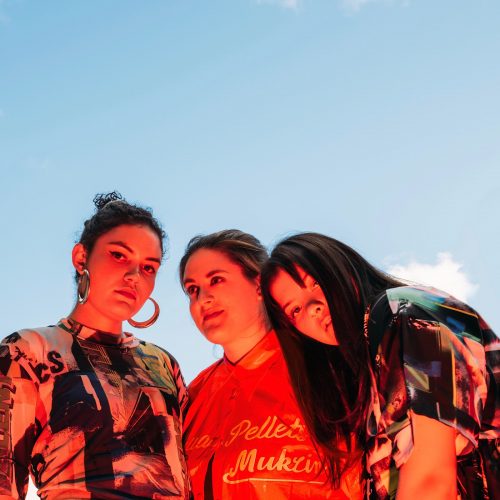 A few of our friends are high achieving, elegant queens but they’re always just that little bit hard on themselves and never take the time to give themselves credit! The arc in the song was completely improvised the first time and we loved the impact that it gave the song so we never went back!”- Pink Matter for CentralSauce (2020)

“Here is a little visual representation of the song we did the day we wrote it :’) At Level was its working title!” 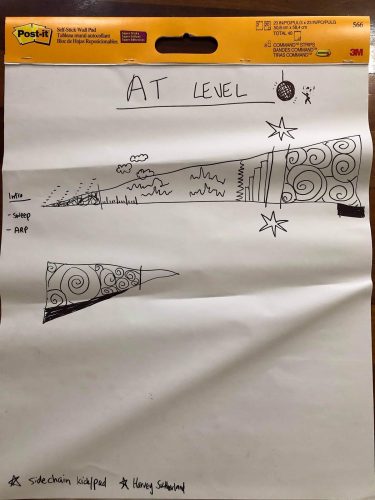 Pink Matter are set to launch their brand new live show ahead of selling out all 3 shows as part of a co-headline residency with First Beige at Brisbane’s The Zoo. Check out my favorites of their previously released tracks “Wonder” and “Giant.” Also follow the band on Instagram and Twitter.