It’s turned chilly in our SubmitHub inbox, thanks to the efforts of menacing emcee Off Topic. His new single, “Threats,” runs with its titular promise, the charismatic antagonism paired with lo-fi sounds and sharp snares. An artist of uncommon privacy, there’s little to be gleaned about the Jersey rapper, but “Threats” does something to illuminate those dark corners — and dark they are.

“Threat” is a modern take on an older feel; a sort of timely throwback. It might be the tenor of the voice or the aggressively enunciated threats throughout, but there’s some of Def Jux in this snarling menace. It’s an influence that runs from the performance all the way down to the skittish flip at the heart of it, pulled from an anxious turn-of-the-century Radiohead classic.

Off Topic imbues that soft synth with some serious attitude, every bar taken with the tone of some acerbic attack. “Did I stutter, son? I-I-I-I-I kick your ass,” he callously sneers, soon segueing into the central refrain: “I could give a fuck less than two fucks, the threat is real / (yeah motherfucker, shut the fuck up).” It’s a mission statement that can’t be denied.

“Leave your whole crew more tipsy than J-Kwon / and your eyes more purple than tapes from Raekwon,” says Off Topic on the second verse, bringing his threats to life with a dose of hip-hop history. That’s a thread that carries throughout, even in the absence of lyrical allusions, with his carefully cultivated mood and a strong emphasis on lyrical sleight-of-hand steeped in the study of bars. The beat is intriguing, the synthesizers attention-grabbing, but that’s not to say there’s any trade-off.

In less capable hands, a track like “Threat” might collapse under contrived edginess, but the great combination of gripping instrumental and barbed lyricism brings with it a chilling conviction — one that you mightn’t test, lest it be more than just an act. 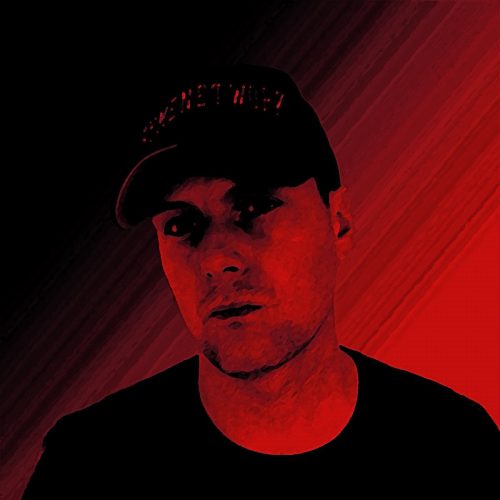 Off Topic: EDK made the beat a while back and it was one I always wanted to write to, but over time I had forgotten about it. I actually never released any material over anyone’s beats but my own until this album. For me writing the entire song, not just the lyrics, is the complete art form. I never considered myself to be a rapper, more like a hip-hop artist in general. That said, EDK are legends, they taught me most of what I know about beat making, and it’s an honor to get an album from them, so doing this record has always been a goal of mine.

I came up with the chorus without any beat or verses in mind and sat on it for a long time because I was never able to find the perfect music for it. Then one day I came across the EDK track again and it was a perfect fit! Once the beat was playing with the hook on it, the lyrics came together in no time. The inspiration for the song is simply the freedom of expression that hip hop provides. Sometimes the most powerful and satisfying musical experience is one that allows you to feel what you want to feel without having to explain, justify, or apologize.

More From Off Topic

Off Topic is a mystery, and that’s no mistake.

A New Jersey artist who houses his light online presence exclusively at RhymeNetwork.com, Off Topic — or Top, as he goes by — has released three records. The first, the collaborative Mark of The Beast, arrived in 2007, and the second, solo venture The Whole Truth, dropped just last year. “Threat” is taken from 2021’s The EDK File, a new seven-track LP.