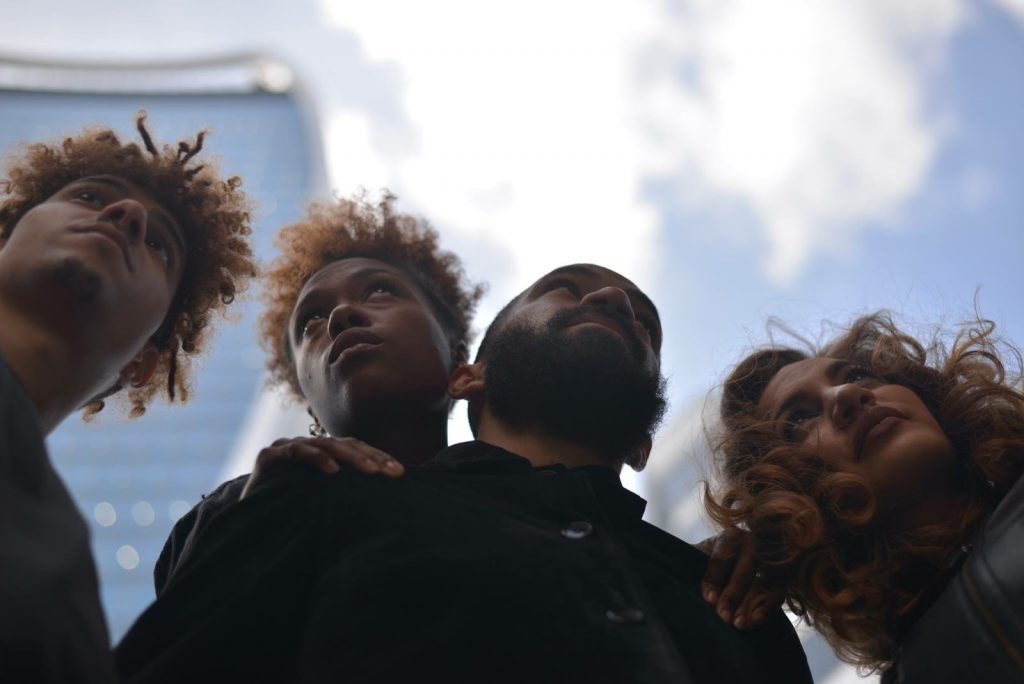 Fifteen artists strong with backgrounds spanning across the UK and Europe, the Noutéka Collective are a truly unique outfit. The full range of their skills are on display during the 8-minute posse cut “LINES” which landed in our SubmitHub inbox this week. “LINES” also shares a name with Noutéka’s upcoming album, a project embodying the city of London, where all the members reside. Each track is named after a line of the famous London underground, representing the connections made between the disparate artists within Noutéka.

Through differences in race, in gender, in backgrounds and in passions, the experience of each person passing through London will vary. As an introvert who dislikes crowded areas, London has rarely been kind to me, but that never stopped me from seeing its beauty. Like most big cities, it is impossible to step into London without sensing the opportunity, without being smacked in the face with the alluring scent coming from this mixing pot of artists pervading past the limited lives of caged businessmen. Through Noutéka’s unprecedented diversity, they have created something that truly represents all corners of London’s boroughs.

“LINES” kicks off with two verses in French from HopeSigh and Fro., who both double as the track’s producers alongside SamPro. Flowing over their rhythmic haze of an instrumental, the two emcees lay down the antidote to the anti-European sentiment that has plagued the UK in the last 5 years. Their masterful control of their flow and delicately placed rhymes welcome you to their city.

The song progresses to find R&B-style verses from Naomi Chvln, Nwakke and GoodSoul, a sax solo by Siel, an aggressive rap verse from SamPro and a spoken word poem from Casey Pearl. Bound together by their shared love for art and an instrumental that only gets better over time, Noutéka’s “LINES” is a cohesive, yet dynamic experience.

Related Sauce:   Why We Like It: D Prince & Cece Valor’s “White Sneakers (Better Than Me)”

Principally, Noutéka are representative of the best parts of London. Between the superficial money-making mindset of so many of its natives, the wealth disparity and the shrine to colonialism in the form of a royal family, there are pockets of beauty where some incredibly creative artists reside. Through the lines of the London underground and a shared artistic vision, these pockets have connected to form Noutéka. 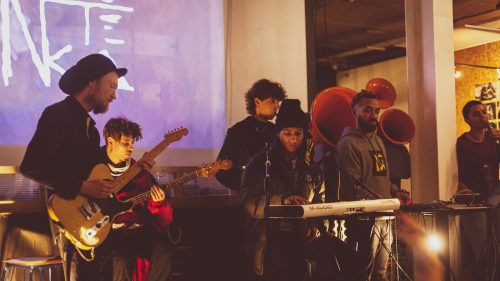 Noutéka: As a lot of things we do, the concept of this project came to us inadvertently, we never really thought of doing an album about the London tube or travelling in London. The actual lyrics of the songs from the album, despite their names, aren’t even about these topics.

Long story short, few years ago, Fro. the producer/rapper who founded Noutéka was mainly producing, or starting producing, on his laptop when he was actually traveling via tube to and from work, with each track given the name of its corresponding train line used to conceive it. One day with the other members of the collective we opened a folder of his last productions and the concept was just there in front of us.

From this point, with SamPro, who is another executive producer of the album, we started to develop the idea, create some designs, called some friends to sing, produce, play instruments etc. In the making we met new people, defined our ideas with more precision, each move forward giving us more clarity about what the album should be. We realised how much this LINES concept can really touch people in a city like London. Every Londoner spends so much time in the transports, we all have stories in the tube, it’s really a part of our lifestyle.

We also wanted to celebrate the city in its diversity and represent through music, without speaking obviously about it, all the different vibes that you can find from an area to another.
You’ll feel the reggae dub from the Victoria Line as you approach Brixton. You’ll be engulfed in the trap of the Bakerloo Line as you journey towards North West London. You’ll be cruising through your Monday morning with that ‘90s hip hop on the Piccadilly Line. You’ll bubble across London on a Saturday evening with the garage sounds of the Central Line etc.

More than anything this project has been a chance to be creative, to challenge ourselves, experimenting outside of our comfort zone, pushing unexpected collaborations and making connections very much like you do from line to line on the underground.

Related Sauce:   Why We Like It: Nora Toutain’s “Not an Interlude”

With “LINES” being the debut single from Noutéka, there is not much to do but spin that one track time and time again until the album comes out. Keep up to date on its release by following Noutéka @noutekaco on Twitter and @nouteka_ on Instagram.