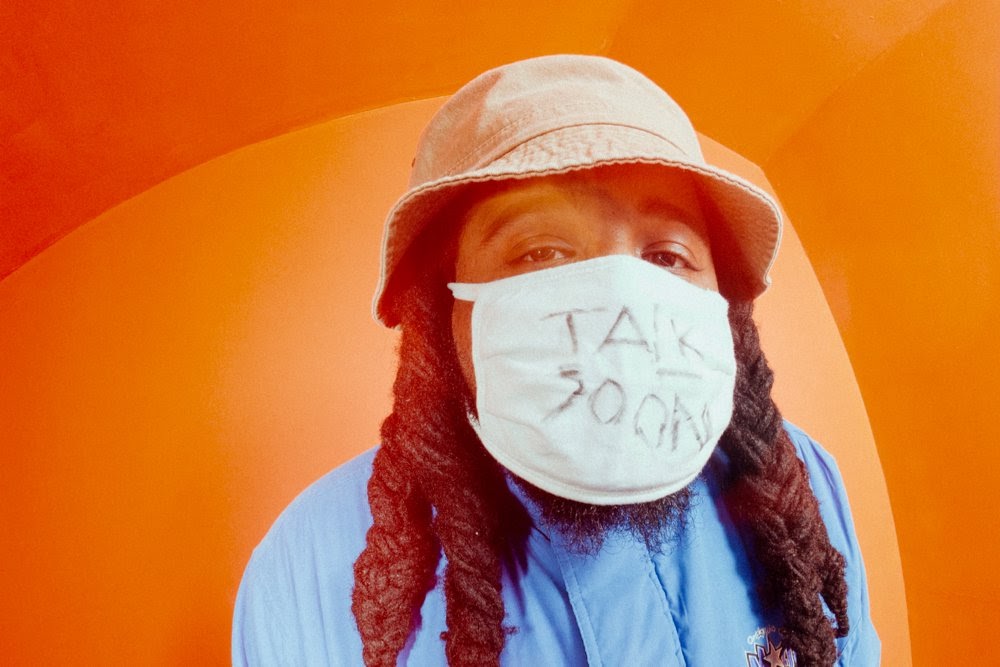 NOLAN (aka Nolan The Ninja) is a wildly compelling rapper and producer from Detroit. His single “CC” is a slap by itself. Yet with an accompanying satirical and layered visual, it becomes all the more interesting. When it landed in our SubmitHub inbox I had to rewatch it multiple times to try to get a sense of the full delivery. That said, it was only for clarification. It’s immediately intriguing and effective, and I definitely went back just to hear the song again. The song is cleverly produced by NYSA BRUX and the music video was expertly directed by Humans & Co. Productions. The trio’s collaboration has resulted in something quite unique.

Straddling the line between satire and homage, then again between a throwback and the new wave can be a tough balancing act. In the visual for his single “CC,” Motown-based emcee NOLAN and his creative team provide a quintessential blend of all four elements like they pulled off a complex science experiment. The beat comes in and immediately reminds you of the sparseness of the Cool Kids circa 2008, but with updated more trap leaning energy ala Kenny Beats instrumentals. Then NOLAN hits you with the smooth nonchalant bars, “Crew is mild-mannered, sporty type of fellers / And we don’t give no carings / B***hes leave their earrings at my crib, it’s irritating.” The flow he dips and dives with exudes the same influence combo as the beat and the two together organically intertwine nostalgia and freshness.

With the visual early on we see some camera angles and fashion choices reminiscent of some mid to late 90s aesthetics. NOLAN himself is seen rocking a Fat Boys t-shirt and holding a Q-Tip covered copy of VIBE Magazine. Then in sequence, we see various women twerk beside NOLAN and his crew as the feel wavers into the territory of something more current. The most compelling element throughout the video though, are the written in phrases, potentially finessed on adobe illustrator in post-production, used to poke fun at and appreciate rap video shot patterns simultaneously. “Product placement,” “crew shot,” “booty shot,” and “another booty shot” all appear on the screen displaying the tactic. What’s most cool about it is, it made me think of Virgil Abloh’s Off-White concept of putting “AIR” or “FOAM” on Nike sneakers, while also made me dwell upon modern rap video sequencing checklists. That it could prompt connections to both things makes the piece overall feel like it’s showing love as much as it’s critiquing.

Related Sauce:   Why We Like It: Baby Phace's “Invictus”

NOLAN and his crew in the video seem notably comfortable existing in the artistically created world they’ve made. It’s almost like they attempted a utopian concept on a video set where the characters’ energy entirely mixed with the setting. As NOLAN raps in the second verse, “I done seen a lot of sh*t, ain’t no need for dwelling,” it’s hard not to connect the visual concept to his own clear need for escapism from whatever is in his subconscious. At the end of the video, it switches to a snippet of another of NOLAN’s songs “EYE SAY,” as he poses for pictures against a wall outside. He seems to purposefully snap out of the fantasy world to his actual reality as he raps, “Super broke kids with nothin’ but ideas.” The space of the set was relieving yet momentary, and his yearning for it innately proves the capacity for his brilliance. 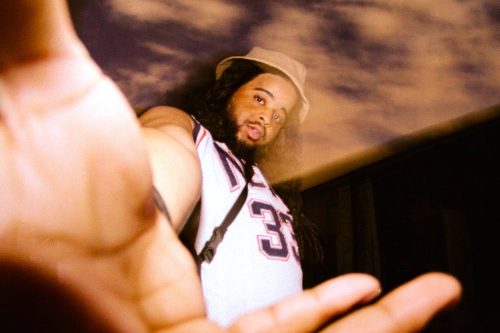 The visual is essentially ‘how to make a rap video, 101’ [laughs]. I guess you can say we were poking fun at the “norm” of modern-day rap culture; booty, money, etc. The subtitles were inspired by the ’90s videos that did the same thing such as “Ego Trippin” by De La Soul or “What They Do” by The Roots. While it’s meant to be humorous, I still wanted to keep that integrity to show my genuine love for hip hop. Hence the VIBE mag, Fat Boys tee, etc.”- NOLAN for CentralSauce

“CC” is a single off of NOLAN’s 2020 album TALK SOON. The album is chock-full of bangers and riveting raps and is a front to back must listen if you like what you hear on this single. For any and all other updates be sure to follow NOLAN on Instagram and Twitter.