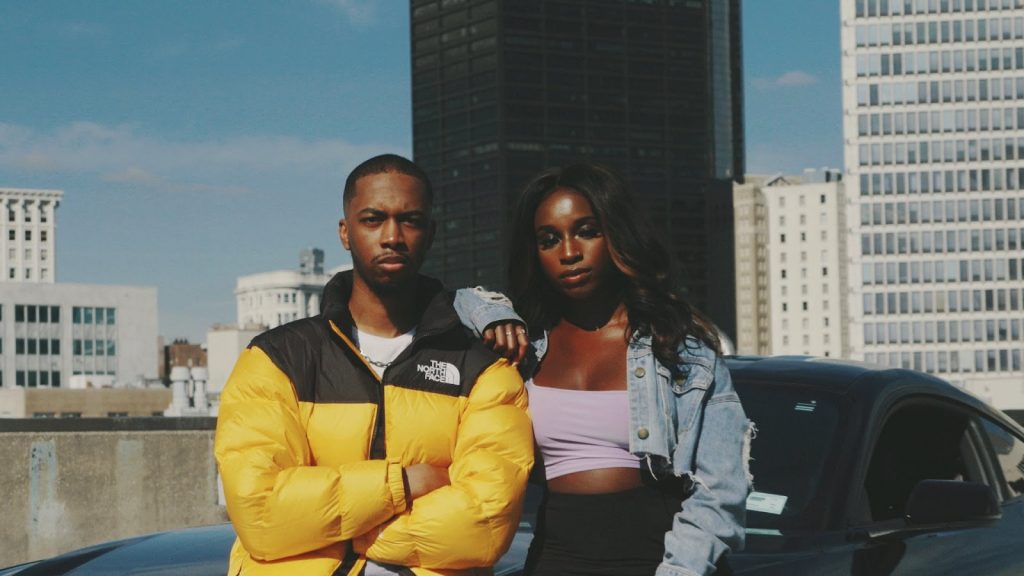 The new single from UK rap emcee Naike landed in our SubmitHub inbox in January, ensuring we start off our 2021 right. It might’ve come direct, but Naike himself has taken a scenic route: the British emcee moved from London to Atlanta in 2011, and he’s now based out of Chicago. A devout disciple of grime and garage, Naike’s definitely a student of his hometown, but “GOYF” doesn’t feel tethered to any one place or scene – it’s just a universally compelling hip-hop joint.

“GOYF” opens with bassy, garbled vocals dancing about the mix, a foundational moment that’s only pushed to the back as the crisp guitar line and tinkering percussion eases us into Naike’s clean melodies. The most striking thing about “GOYF” is how all four of these elements stay balanced, intricately interwoven like a patchwork tapestry of braggadocious bars, smooth instrumentation, and broad bass.

In some ways, it almost feels like a game, with Naike ducking and weaving his way through the ebb and flow of the arrangement with a handful of cadences and an effortless cool. Conviction and assurance burst forth from his bars, whether offered as surgically sharp assaults or softly crooned vocals: “I just remember who I be,” he sings on his way to the chorus, hardship trumped by his commanding knowledge of self.

You might take that as bad advice – especially when Naike admits that’s the “only time [he] open up’s the studio” – but that’d be misconstruing the man’s mission. The fact of the matter is, the world is a startlingly indifferent place, and time is a notoriously fickle resource. There’s a time and place to be meditative, but there always comes a moment to bounce back – and as much as it’s a moment, it’s one you have to willingly seize. Naike knows it’s easy to get lost in the ‘what if,’ but pining does little to advance your station. In hip hop, as in life, you’ve just gotta keep moving forward.

“GOYF,” the first single from Naike’s second record, is both the mantra and the mission itself. “They always got a lot to say,” he raps of those unnamed assailants, “but they ain’t really saying much.” That’s good news for all involved, as he puts in a sharp second verse: “Lucky for them, I have some faith in karma / the old me would’ve been looking for vengeance, but now I’m moving smarter…”

The day I wrote the chorus was one of those days where things were not really going my way and I was, for the sake of the song, in my feelings. I’m often reminding myself that the universe doesn’t really owe us anything and sometimes we just have to deal with the cards we’re dealt and move on. I know there’s a lot of people that can relate to that so that’s why the song is a special one.” – Naike for CentralSauce

Naike is a busy man: just last year, he released his debut record, ORANGE. You might think that following on from a 13-track, 43-minute LP, you’d take a breather, maybe recharge a little. That’s a fair assumption, but Naike is the exception – he got out his feelings, got back in the booth, and cut King’s Drive, a brand new 9-track record.

If you liked “GOYF” anywhere near as much as I did, you should certainly check those out. In the meantime, make sure to link up with Naike on Instagram and Twitter, so you can better keep up with what comes next.

There’s no telling exactly what that is, but I’ve a feeling there are big things on the horizon!