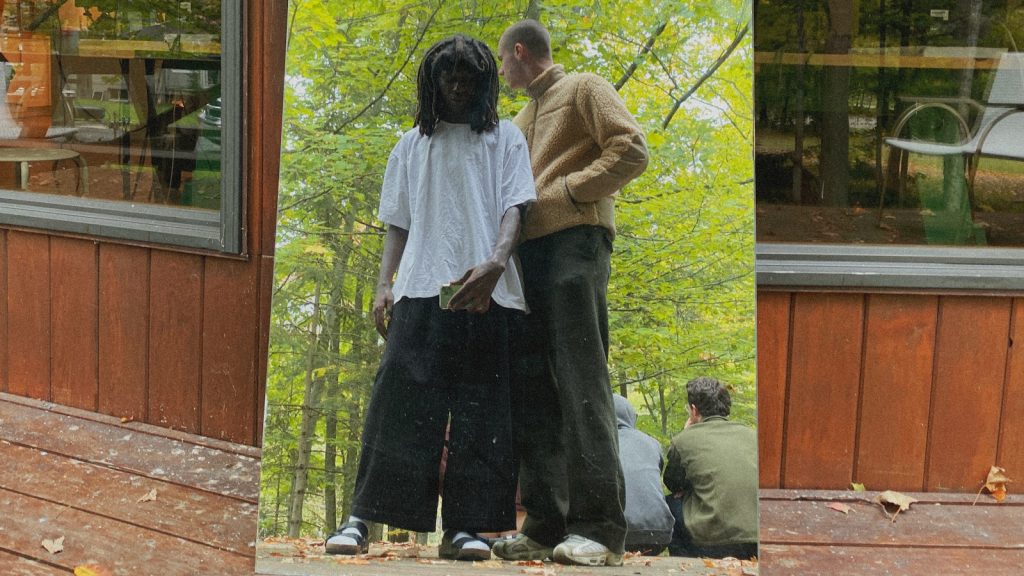 MONEYPHONE, a hip-hop duo hailing from the 6, don’t quite sound like their neighborhood. I’ll admit that it’s a poor reading of a vibrant scene, but there’s no denying that Toronto has developed a striking international aesthetic over the last decade, helped in no small part by Drake and his woes.

David and Eno, longtime friends and clued-in collaborators, are down to back themselves with “Indecision,” a confident and contemporary hip-hop tune that fuses rap, pop and indie strains into an assured anthem. It’s with this conviction that the silky-smooth song slid into our SubmitHub inbox.

If there’s one type of comment that “Indecision” seems to elicit, it’s comparisons to the work of Texas-by-Los Angeles hip-hop boyband Brockhampton. There are certainly hallmarks of that group’s onetime style, such as the pitch-shifted vocals, taut refrains and deep harmonies, and the lo-fi music video flaunts a wholesome vision of friendship, framed in a familiar lo-fi gaze.

That’s not to say that “Indecision” is any less of a vision: if anything, the songwriting holds up to that standard, shooting off calming hooks and propulsive bars over a slinky, guitar-based instrumental. Distant backing vocals fuel a sense of longing, whilst more immediate harmonies imbue the pair’s frank admissions – “indecisions of a past life never helped me out” – with some real heft. If ‘bedroom pop’ is a marker of genre and not any one process, then MONEYPHONE could be said to make ‘bedroom hip-hop,’ taking impressive flips and low key productions and approaching them with honesty, heart and longing.

All that probably has something to do with the unadulterated passion that courses through the track, calling to mind images of summers better spent, friends since faded and hilltop convos playing out under orange skies. All this could just be me, but there’s something pleasantly nostalgic about MONEYPHONE’s guise, and that veneer – underwritten by some earnest emotion – makes “Indecision” something worth revisiting. 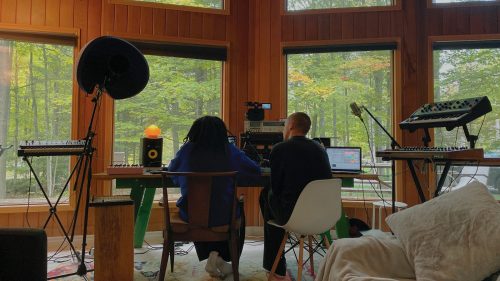 Seeing as the MONEYPHONE collective is an ambitious venture in itself, did you have to overcome any indecision as it related to the group? How did you make the plunge into music as you have?

David: As a group, indecisiveness is something we never encounter. We gave a lot of that up when we decided to come together. The MONEYPHONE project is something that is so clear to each of us. We each have our own personal goals through the project and goals we want to reach together. We want to have the best music, the best videos, the newest ideas. More than anything we want to push culture forward, and make the future in real-time.

Eno: The plunge into music was what felt the most natural. We’ve been interested in music for most of our lives, so the plunge into it only felt natural. The only difference is now we’re dedicating everything to it.

This isn’t MONEYPHONE’s first rodeo – in fact, if rodeos were singles, it’d be their sixth! “On Lock” arrived in 2018, followed by “Eagle,” “Blue,” “Tantrums” and “Jeans” in 2019. That’s not even counting their two five-track EPs, Tolerance and Athletes, which dropped in 2017 and 2018. It’s no surprise that the pair aren’t new to each other’s vision, given their creative chemistry, and if “Indecision” is anything to go by, it seems they’ve never been surer of themselves and their art.

There’s more to come, with their upcoming mixtape FAITH* dropping later this month. The second single, “Civilian,” arrives on October 16, so you’d be wise to follow them on Instagram and stay up to date on what’s next!