Who Told You To Think: Milo’s Marriage of Music and the Mundane

Milo’s music consistently aims to change perspectives of the listener. His 2017 album Who Told You To Think​?​?!​!​?​!​?​!​?​! does this through an attempt to reframe the idea of boredom. In doing so, his greater purpose as an artist is fulfilled.

When we indulge in music, movies and other types of entertainment and art we are usually searching for a world beyond our own. It is through art that many people get to experience life using a lens other than their own. The need for escapism from the dreary routines of daily life makes the entertainment industry one of the world’s largest. However, the album that I find to be most inspiring is designed to analyse the everyday: Milo’s (now known as R.A.P. Ferreira) Who Told You To Think​?​?!​!​?​!​?​!​?​! casts a fantastical light on the mundane.

The world has us living fast paced lifestyles, encouraging us to occupy our minds constantly, leaving little love for the quieter spots of our days. During quarantine many people struggled to find meaning without the distractions and gap-filling activities of the outside world. Many of us had difficulty with what to do with the space we were left with. Often after finishing a project, a book or a TV series, I find myself drifting through the following liminal days having achieved nothing at all. But Who Told You To Think​?​?!​!​?​!​?​!​?​! acts as a guide for what to do with these moments, reframing them as occasions to be desired, as breaks from the stress of the rat race.

The idea is put simply on the track “Paging Mr. Bill Nunn,” where Milo states “All I’m doing is working / Understand life is a chore list / What a blessing this boredom is.” Boredom is associated with being unproductive, and being unproductive is a cardinal sin in a world that bases our worth on our output. Milo looks to shift that perspective with these lines, framing boredom as a “blessing” — the rest after completing a chore list. The lines also explore a level of tedium that Milo feels towards existence itself. He complains that we see life as nothing but a chore list, a bunch of tasks to run through before life is over. 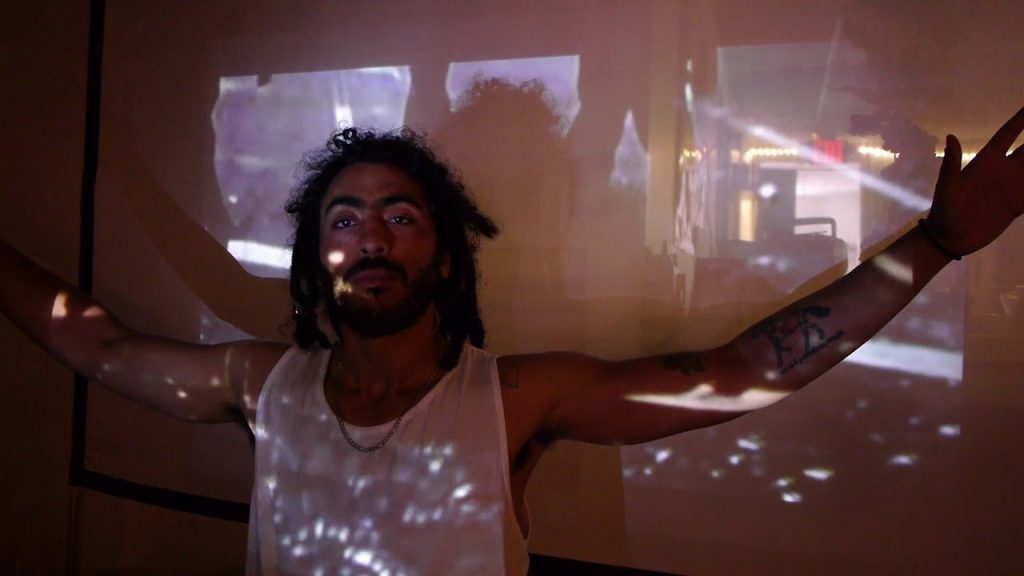 Flourish in the Lag-Time

Milo is an independent artist making avant-garde music that is unlikely to be backed by a major label. To support themselves financially, indie musicians tend to engulf themselves in work on a level that mainstream artists do not necessarily need to. Though their passion for music is strong, being able to take time away from a job is universally appreciated. Our lists of chores dominate the majority of our time, binding us to quantised spaces. An independent artist like Milo has to learn how best to live in the sparse time between those valuable moments.

Boredom is a continuum, an abundant everyday substance you can mould into anything, and that is why Milo sees it as a blessing. In boredom, he finds peace. What we tend to do with boredom is toss it to the side in favour of anything and everything more exciting, but there is so much value in what we throw away. If the mission of Who Told You To Think​?​?!​!​?​!​?​!​?​! is to redefine the dull everyday, the track “Sorcerer” provides the campaign’s mantra.

Milo spends the majority of “Sorcerer” repeating the lines “While suffering was normalised / I flourished in the lag-time.” To flourish in the lag-time is to be at your best, your most true in the transition between moments. Lag-time exists in all our lives as a constant of each day. It’s the time between projects, between episodes of a show, between our breaths. That emptiness, no matter how minute, is ignored by most but celebrated by Milo.

What exactly is it that Milo finds in this lag-time? The track “Paging Mr. Bill Nunn” ends with Milo saying “refusing to be smothered by the allostatic load.” The allostatic load is a medical term referring to the result of extreme psychological stress — it’s the wear and tear on the body and mind. The lag-time is a safe haven away from stress, away from the incessant chore list of life, a place where the allostatic load cannot smother him. Milo reframes boredom as something that is potentially life-saving rather than life-draining.

Keeping with the breath of freedom provided by boredom, Who Told You To Think​?​?!​!​?​!​?​!​?​!’s penultimate track, “Embroidering Machine,” links mundanity with spirituality. The track’s hook states “When the hum become the hymnal,” alluding to something as insignificant and routine as humming becoming something much more. The lag-time becomes the catalyst propelling us through liminal spaces and into a more spiritual mindedness. This completes the transformation of boredom that Who Told You To Think​?​?!​!​?​!​?​!​?​! undertakes. It was perceived as something to suffer through, but Milo provides a guideline of how exactly to flourish in the lag-time. 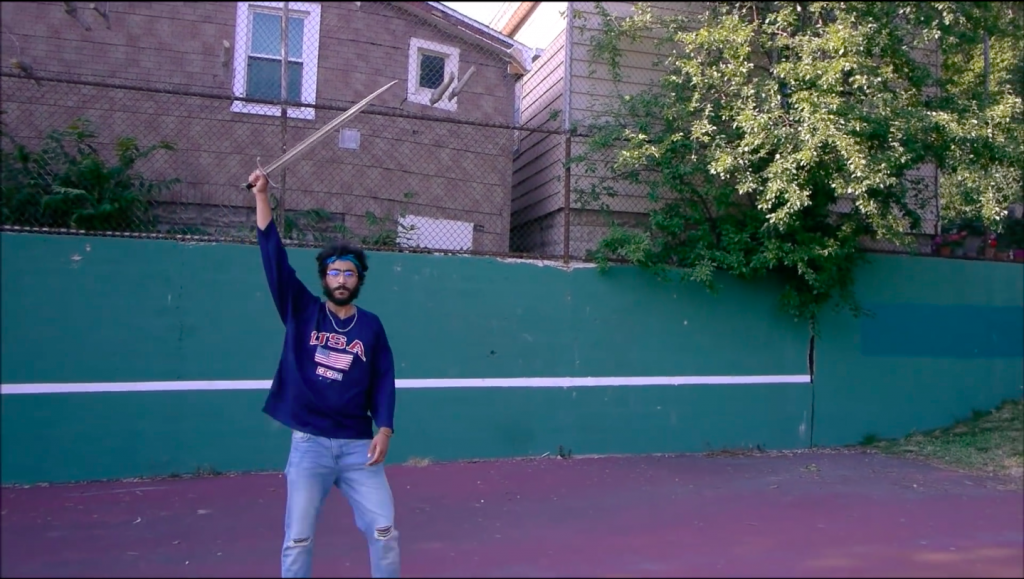 It’s Not Your Fault, It’s Not My Fault That I Write

Who Told You To Think​?​?!​!​?​!​?​!​?​!’s exploration of the value of the mundane is prefaced with Milo’s recognition of the responsibility of the poet, highlighting the significance that Milo holds to his own words. The album’s opening song, “Poet (Black Bean),” ends with a crucial quote from the James Baldwin speech, “The Artist’s Struggle For Integrity.”

I wanna suggest that the poets are finally the only people who know the truth about us. Soldiers don’t, statesmen don’t, priests don’t, union leaders don’t. Only the poets… something awful is happening to a civilization when it ceases to produce poets. And what is even more crucial, when it ceases in any way whatever to believe in the report that only poets can make.” – James Baldwin (1962)

Tying philosophy to poetry, Baldwin’s speech reveals Milo’s purpose as an artist, to understand and to communicate the truth of the human condition. A truth that cannot be put into words in any other way than through art. Who Told You To Think​?​?!​!​?​!​?​!​?​! exercises this purpose through the redefinition of boredom.

All music is art, and all music is poetry, but the mainstream musical landscape being littered with cheap hits has lessened the value of the poet’s word. This is not to say that all music should be deeply intellectual and cause existential musings with each listen — if this were the case, we would all go mad. What exists now as mainstream music is vital and has produced some incredible musical moments. However, when there is no balance, when pursuing challenging art is another chore on the list, when music is only there to simply fill lag-time, people forget that art is a medium to express the parts of being human that plain dialogue never could. As Baldwin puts it, they cease “to believe in the report that only poets can make” – audiences see that report as boring.

Lag-time does not only refer to the gaps one experiences in a day, but could also be seen as Milo’s place in the music industry. Milo flourishes in the spaces nobody else occupies, the gaps that are left by artists in the mainstream. He takes that time to fulfil his purpose as an artist and encourages others to do the same. The lines from “call + form (Picture),” “This the last call for those real MCs / your voice is needed,” show the same urgency for poets to regain their regal status as Baldwin projects.

Who Told You To Think​?​?!​!​?​!​?​!​?​! challenges our ideas of both music and the mundane. The parts of life that we take for granted, that we toss aside are valuable. Milo simultaneously reminds us of the purpose of an artist and invokes that very purpose to gift upon his listeners an inspiring view on their everyday lives.. He aims to reform not only what is expected of a musician, but also the way people treat life’s spare moments. This is a huge undertaking for one poet, especially in a landscape where one is easily outshouted. However, Milo’s determination is summed up by Baldwin’s words, “I would never come before you in the position of a complainant for doing something I must do,” seeking and spreading truth is the birthright of the poet.