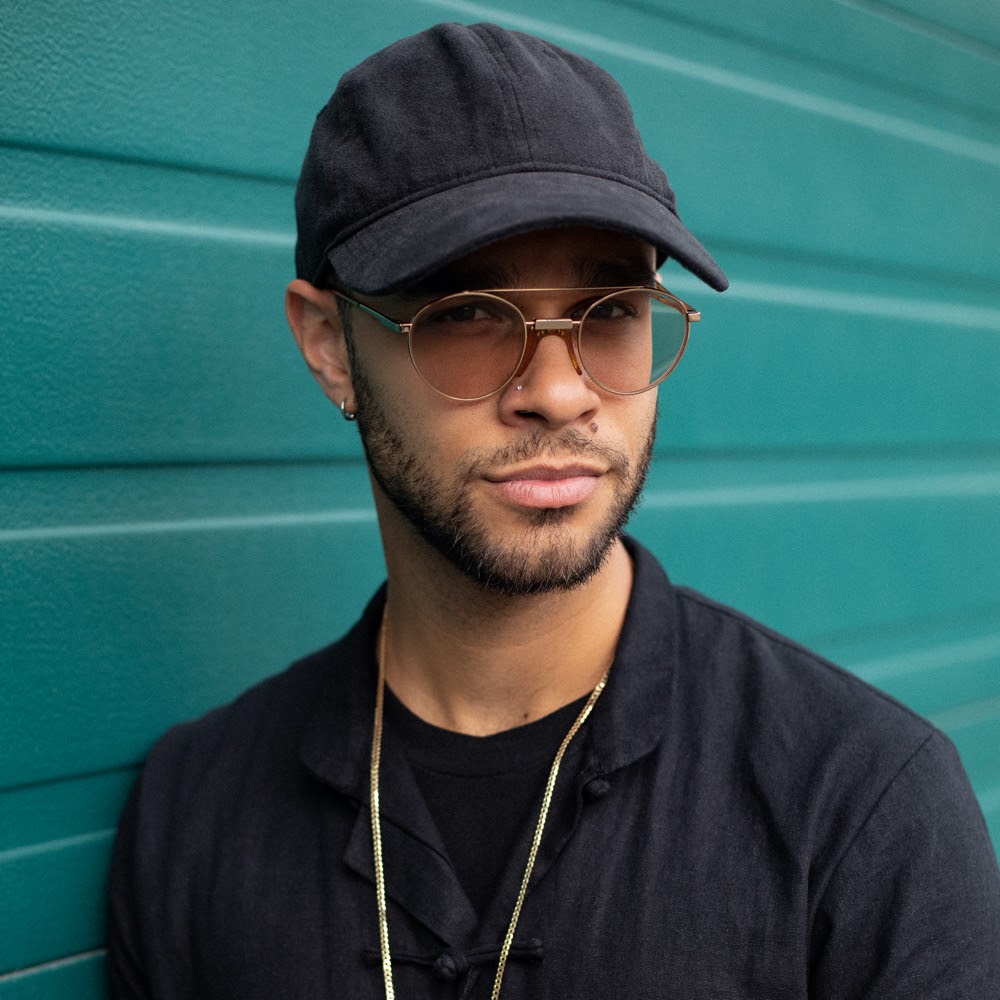 Montreal based, Toronto raised rapper, bassist, and producer, Milla Thyme gives us a sermon we won’t forget in our SubmitHub inbox. Over a gospel-inspired hip-hop track, Thyme delivers his debut single for his forthcoming debut album, Everything Has Its Time. It was co-produced by Chris Vincent of electro band, Busty and the Bass.

Since 2015, he has been a member of Urban Science which hosts #Le Cypher nights, one of Canada’s most well-known hip-hop and soul events, along with playing in the Urban Science brass band. He’s also collaborated with jazz hip-hop band The Liquor Store and has been a regular guest of the nationally acclaimed improv collective known as Kalmunity.

On his debut single, Thyme has a message that’s captivating and charming as he recalls his past. Sounding like a familiar and reminiscent blend of a College Dropout by Kanye West and Coloring Book by Chance the Rapper, Thyme is his own man as he showcases what soul is all about.

There’s something about the soul. When it’s genuine, you just feel it. It’s a feeling that swells and envelopes the whole body in warmth. For me, I remember one of the first times I felt that feeling was when I went to church with my mom and the pastor gave that one sermon that touched me so deeply that I would cry. After experiencing it the first time, I would feel it again shortly after church was over and I went to my grandparents house for Sunday dinner. It was hearty and filling. Roars of glee and gossip filled the house. There were wide mouth smiles, loud snorts from lucious laughter, smells from delectable food, there was love. I hoped and prayed that when everything was said and done, that heaven is this feeling I’m having forever. When listening to Milla Thyme’s “Heaven Looks Like,” I was taken back to that time and heard that I wasn’t alone in that sentiment.

With a piano that’s slow to begin but light on the ears, the instrumentation begins as if it’s waking me up for Sunday school. Twinkled fingers ring the piano on high key for Milla to come in with his sermon. The hi-hats and programmed drums are faint but give him a rhythm. Running through his verse as a candid but familiar memory of his family cooking up that delicious meal, Milla is endearing and personable. His flow is snappy but at a pace that sounds like he’s excited to relive the memories that shaped him. It feels true and honest to who he is as an individual. Bass strings liven up the already bright track more in its slow but gradual build to the chorus that took hold of my heart. And when it hits, it hits.

There’s a certain kind of magic that can take place at family gatherings from the food to the wisdom and storytelling that is exchanged. and this is something we see across all cultures.” – Milla Thyme for CentralSauce (2020)

Wayne Tennantt sounds like a one-man choir. It’s powerful yet reserved. It’s like he’s warming up and hasn’t even gotten deep into his bag of harmonious joy. After the first delivery of the chorus, his voice and ad-libs are more recognizable throughout the track when Milla is delivering his verses. It’s a small but intricate part that not only increases the musicality of the track but adds to the passion in Milla’s overall delivery.

Related Sauce:   Why We Like It: Noah’s “Moving Different”

While Millia is being candid and heartfelt with remembrance of his family, he’s also questioning things. He’s seeking where Heaven truly lies. Trying to see where happiness can lead him and how he’s trying to find his own piece of Heaven in the present. And to me, that’s a message I’ve often struggled with myself. The hell that is Earth can be made into a Heaven when you surround yourself with the love you know you deserve and when you make the world you live in a better place. It’s the peace of mind that takes my soul higher.

You know, we often talk about Heaven being in the sky. / But, what about Heaven on earth? / what about seeing Heaven in the eyes of someone you love? / It’s about being with loved ones. / To me, that can be Heaven too.” – Milla Thyme, “Heaven Looks Like”

In my adolescence, I was left unsatisfied and unsure of myself. To a degree, I was hungry. Maybe because I was always looking for food for the soul and I couldn’t help but stay up at night. But as I got older and faced things within myself, I found what I was looking for through my exposure to more people. Seeing what Heaven looks like through another man’s eyes made me affirm the Heaven I’m looking for is inside and around me as I speak. To make my own Heaven, I’ll have to leave my hole and feel what life is outside. So as I press play on this song, I remember my memories to know, that warmth I felt will always be inside. 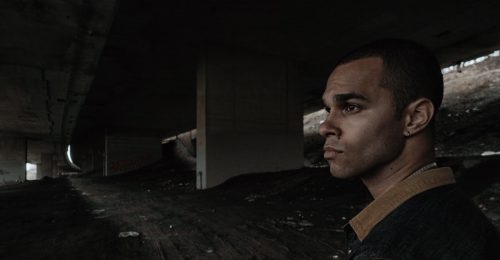 To follow up with the emerging artist, Tyler checked in with Milla over email to get more info on his new single and forthcoming project.

Tyler: What did you want to convey with this being your debut single?

Milla Thyme: With “Heaven Looks Like” I wanted to bring it back to the basics. There is a deeper message behind something as simple as sitting down to eat with the people you love. It is like a little piece of heaven and we can find that sense of heaven in anything – in food or with the people in our lives. Those family meals were something I lived for as a kid and it really shaped me into who I am and I owe a lot to my dad for cooking for us. There were so many lessons learned while helping him in the kitchen and wisdom gained from that connection and time spent together. Moments like these are important to hold onto when you grow up and life starts to move a lot faster.

What was the creative process for this song?

A lot of the album was written in changing locations while I was living in Mexico and travelling. For this track in particular, I wrote the lyrics first and then I started working out different chords on my keyboard till I found a riff that had me like “That’s money baby.” I didn’t have access to a studio so I recorded it on my phone. When I got back to Montreal, I hit the studio and produced a near-complete version of the song to give to Chris who co-produced and mixed the final version with me. It came together pretty quickly. Having Wayne Tennant and Myrtle Thomas contribute the gospel vocals really amplified the sound and message I was going for.

Related Sauce:   Why We Like It: Jadon Woodard’s “Bad Azz”

What was the inspiration behind it? Like influences in your musicality.

When I wrote this song I was going through all these different experiences. I was in a new place, adapting to a new language, new people, a different culture. At times it was really lonely and isolating and at others, it was also extremely profound and spiritual. This changed the way I approached songwriting and I began to use narrative and storytelling in my lyrics — kinda like old school Nas and the way the Beatles were writing in their later days. I wanted to keep it unique to my own experiences and where I come from while also having a universal message that people could relate to. As a rapper, I would often try to rap bars that were clever or well-constructed but it wouldn’t have a strong sentiment or message. I wanted to change that and I started writing about themes that translate across different cultures – no matter where you are from. Now as we are coming to release it, it also has taken on a new meaning while the world is moving through some of the toughest times. I feel like looking back at these moments are anchoring in these times of uncertainty too.

Tell me a bit about your upcoming album Everything Has Its Thyme (slated for Spring 2021 release) and a little window into what we will be hearing.

On Everything Has Its Thyme you can expect to hear a collection of my most refined songs written over the last few years. As a whole, it is a seamless blend of old school hip-hop sounds, newer sounds like trap, neo-soul vibes, a bit of rock and R&B grooves. I play bass on all tracks on the album and I usually rap and play bass at the same time at my live shows — so it’s really centered around groove. It also features collabs with artists like Anomalie and Clerel and musicians (and good friends) that have played with some amazing artists like Dominique Fils-Aimé, Shay Lia and KALLITECHNIS. After my debut EP Eternally the Student, I wanted to level up my melodies and songwriting concepts when it came to themes, structure and harmony. So I just kept writing until I had an abundance of new material and narrowed it down to my most favourite and my strongest songs. Basically, you get to hear me at my best.