How We Found It:
We first heard of Milah last week, when she submitted “Liquor [Intro]” via the CentralSauce portal at SubmitHub. This is the first track Milah’s submitted to us, though she’s been in the game for years. Her style, which channels Lauryn Hill, Missy Elliot and her vividly-illustrated personal experiences, tells us that it’s probably not the last we’ve heard from her.

Why We Like It:
A title such as “Liquor [Intro]” conjures images of revelry and celebration, but there’s so much more to Milah’s title track than just the highs. Atop a mellow instrumental, Milah contemplates the shackles of tradition, the spectre of doubt, the drive of ambition and the hunger for fulfillment. There’s flipsides to every coin: whilst she chases her dream, she concedes that her part-time hustle – however banal – is more than many could hope for. The easygoing beat fosters her confessionals, teasing out beliefs and insecurities tinted with her charismatic delivery. “Liquor [Intro]” is an exercise in flair, brimming with personality and backed by a candid, conversational approach to “real feelings.”

I decided not to write for this one and go based off of feelings alone. Being a lesbian, I often hear how I’m try to write like men. So I threw the line in there about being able to take their women. Being a indie artist, you often hear no. You work so hard for people not to give you chance if you don’t have a co-sign from a DJ or influencer. So I talked about not being in my feelings about it. “Everybody ain’t gone love you.” I spoke about family tradition because there are so many things that are passed down from out parents. Somehow we passed so much of our hurt to other generations, someone has to break the cycle. Most of my songs I speak on not loving what I do at work. It’s a lucrative field, but money only pays the bills. I found that I’m just not happy with a corporate career. I also speak about just needing the money for my mom’s healthcare. The line “people killing for dollars out of my pockets” comes from my relationship with a homeless woman around my job. We spoke often, but in the month of May she was stabbed to death under a bridge. It just made me think that I could’ve done more. And it sits with me a lot because I pass the bridge everyday to go to work. Speaking about my best friend really means a lot to me. She has saved me from so many toxic relationships. She recommended therapy, she has always had my best interest at heart even if I didn’t want to hear it. And you just can’t repay genuine people. As far as feelings, I’m relieved. I hold on to so much energy. After I stopped going to therapy, I needed more ways to release experiences that rubbed me the wrong way. For some artists people never know their true story because it’s more about how they will live in the future. Or the finer things. All of my intros speak on my personal experiences. I know people can relate.” – Milah 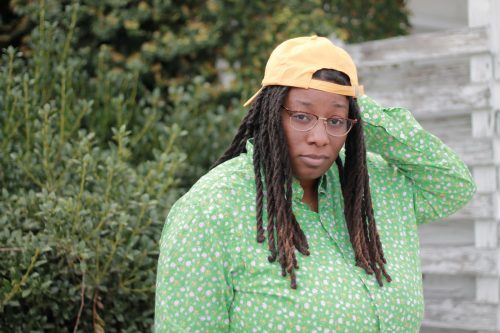