Who is William Andoh “Merlyn” Wood?

William Andoh William Wood, Jr. is a vocalist for “the best boyband of all time”, BROCKHAMPTON. His stage-name is Merlyn, and he’s one of the most fascinating up-and-coming rappers in the industry today. 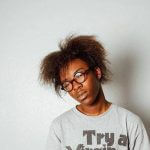 has plenty of quirky personalities throughout the group, but Merlyn Wood stands out from the rest.

Merlyn brings a distinctive energy to Brockhampton’s music, videos, and shows. He simultaneously oozes charisma and self-deprecating humor. Whether he’s pirouetting in a dress or guzzling gas station slurpie straight from the nozzle, you WILL notice him. Hate him or love him – if you know Brockhampton, you know Merlyn.

“I could have been selling coke, I could have been… I dunno. Like, I could have been carrying a briefcase. But instead, I’m here rapping. I’m fulfilling my dream, and that’s a personal choice I made. You can do all of the above, you can sell coke or become a businessman, that’s your choice. I’m putting it on the table kind of like College Dropout, you can stay in school or be a dropout.” – Merlyn Wood (Interview with Pigeons and Planes)

Merlyn: More Than Meets the Eye

Where is Merlyn From?

William Andoh “Merlyn” Wood was born in Ghana but spent the majority of his childhood in the state of Texas.  After 7th grade, Merlyn’s parents sent their son to a boarding school in Ghana for two years, where Merlyn developed his love of music and ended up playing saxophone for a jazz band. After his two years in Ghana, Merlyn came back to the States and  went to high school at The Woodlands High School, in a suburb on the northern side of the greater Houston area. Also in attendance at Merlyn’s high school was the Texas core of Brockhampton, including Kevin Abstract, Ameer Vann, Matt Champion, and Russell “JOBA” Boring – although JOBA was a year older and class above at the time.

Merlyn’s roots in both Ghana and Texas are an important part of his past, serving as a common source of inspiration in his music.

Merlyn on “MILK”:
“Walking through the pit falls of a college student
Crazy how you get them letters and that make you feel accepted
Til you walking ’round the campus and you the only African”

Merlyn on “QUEER”:
“Put that on me auntie and me mama
Grab the Ghost then I go right back to Ghana”

Although Merlyn met the nucleus of Brockhampton back in high school, the group would not form for several years after graduation. Merlyn left the Houston area to study architecture at the University of Texas in Austin under pressure from his family. Merlyn never felt like he truly “fit in” socially at college and his studies suffered.

One day, his professor called Merlyn into his office to tell him that the only way he could pass the class was to get a perfect 100% on every single test, quiz, and homework assignment from there on out. That night, Merlyn packed up all his belongings and was in California with the rest of Brockhampton by the following week.

Merlyn joined in 2015 right after the group rebranded from their original name, Alive Since Forever. That year marked the second and last wave of additions to the group, with Matt Champion, Bearface., JOBA, Romil Hemnani, and Q3 also coming together to form what would later be known as BROCKHAMPTON.

In his lyrics, Merlyn regularly references his academic and social difficulties during his time at UT, as well as the massive gamble he undertook by moving to California without any savings.

Merlyn on “SWAMP”:
“Always planned to be a rapper when I failed at life
Luckily professor failed me at the proper time”

Merlyn on “MILK”:
“Walking through the pit falls of a college student
Crazy how you get them letters and that make you feel accepted
Til you walking ’round the campus and you the only African
Nobody with passion, just cats that take direction well
Take acid trips to find themselves, well…”

“The music kind of speaks for itself most of the time. I think I’ve said I’ve dropped out so many different times in so many different ways, cause this is actually my second time dropping out. I already had that line on ‘Flip Mo.’ I been dropping out. But for some reason, this is the verse that college students and people in school relate to.” –  Merlyn Wood

Merlyn’s Role in the Group

Merlyn Wood brings humor, energy, and dynamic range to Brockhampton. One of his greatest attributes is his willingness to try just about anything in the pursuit of success. From cross-dressing in wigs and dresses to taking literal baths in froot loops, Merlyn is the conduit for Brockhampton’s wackiest creative ideas. He captures the essence of the ‘in-your-face’, ‘can’t-avoid-us’ vibe that Brockhampton strives for in their art.

Merlyn’s role in Brockhampton goes beyond simple labels like “hype man”. He has a certain persona about him due to two of his traits that are intricately interwoven: a complete willingness to fail, and a complete fearlessness toward rejection. His confidence in himself and brash style lends swagger to the rest of Brockhampton’s vocalists and humor to their approach.

“The group ethic makes it so much easier to be true to myself. My friends give me the feeling that whatever I do is gonna be okay. Just lay down as many ideas as possible and we’ll find something that works.” – Merlyn Wood

A disruptive presence. A frenzied approach. A manic delivery.

Merlyn’s vocals create another dimension for Brockhampton’s music. He may not bring the lyrical complexity of Dom McLennon or the melodies of JOBA, but the energy and character in Merlyn’s short verses is intoxicating and attention grabbing in a way similar to Young Thug, Danny Brown, or Ol Dirty Bastard of Wu-Tang. His verses may not always have the most clever wordplay or insightful lyrics but they bring crucial sonic range to each track he’s on.

The most impressive aspect of Merlyn’s contributions is the variety he shows with his delivery and cadences. Merlyn has no base structure for his vocals that he falls back on time and time again, unlike many of Brockhampton’s other vocalists. This lends itself to the ability to create top-notch hooks, like those on “GUMMY”, “JOHNNY”, and “CANNON”. Plus, his ad-libs and pre-hooks are the best in the group.

Merlyn’s status as a fan favorite is tangible at Brockhampton’s live shows, where you can barely hear Merlyn’s voice over the crowd during his verses:

“When we announced [Saturation I], we didn’t even have any songs done. I wasn’t surprised we got the album done as quickly as we did, I’m just surprised it’s as good as it is.” – Merlyn Wood

Brockhampton’s collective chemistry has grown astronomically since their debut mixtape, All-American Trash. The same is true to an even greater extent for Merlyn. Merlyn’s early solo tracks are an interesting standard by which to gauge his growth as a vocalist and musician. In them, flow and delivery are still fascinating, but he doesn’t quite manage to capture the vocal magic he brings in Brockhampton’s collective music. Lyrics tend to meander around without a noticeable central theme, particularly on “Fye”. Check out his three solo tracks from early on – and be sure to listen to “Lazy Wood”, which somehow manages to sound more Brockhampton than Brockhampton does. 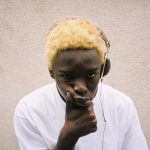 “MILK”
“Hi, my name is Merlyn, I just applied for food stamps
I just moved to California, with my boy band
Dropped out of a good school, hippies in my commune
I left ‘fore the rent was due, used to want a briefcase
And a short commute, used to wanna sell coke
And whip an Audi coupe, crazy if I did that
Wouldn’t be talking to you
Walking through the pit falls of a college student
Crazy how you get them letters and that make you feel accepted
Til you walking ’round the campus and you the only African
Nobody with passion, just cats that take direction well
Take acid trips to find themselves, well…”

“SWEET”
“DON’T CALL ME, STUPID
THAT AIN’T THE WAY MY NAME PRONOUNCED
DON’T CALL ME, CUPID
I got too many hoes right now
Poolside in Houston
Tryna see if Beyoncé will take me for adoption
Broke-ass rich suburbs
A civilian shot in Third Ward, we just by the fountain
This is Merlyn Wood, man
Everywhere I go is the woodlands
I need a honeybutter
Vodka in a Sprite can
When I’m in the Whataburger
All the kids know who I am
I need a honeybutter
Puttin’ lean in my Sprite can”

“ZIPPER”
“Start praying to me like my handle Cortana
We like Wu-Tang but I feel like Santana
Sweet-talkin’ just like she Hannah Montana
Head was clean, Tony Fantano…”
(This verse includes a direct shoutout to music reviewer Anthony Fantano)

Potential for a Solo Career

Merlyn has undergone significant growth as a vocalist and rapper since he first joined Brockhampton in 2015. With each new project, he showcases another cadence, another flow, another type of delivery. Merlyn’s flexibility is promising, especially considering how little time he has had to experiment and grow.

You don’t have to look any further than Brockhampton’s very first album, Saturation, to see what I’m talking about.  Compare his contributions on MILK and HEAT, for example. Each verse is completely different from the other in just about every way you can think of: energy, cadence, flow, inflection, lyrical purpose, you name it.

Merlyn knows his “bread and (honey) butter” so to speak, but also isn’t afraid to experiment with his voice or delivery. He’s no one trick pony, and that will only serve him well when the time inevitably comes for Brockhampton to split up.

Despite his promise, there is one major hurdle for Merlyn’s prospects as a solo artist: Merlyn will have to “de-memeify” himself (to an extent). Ever since his “That’s so, Merlyn” verse on “GOLD”, Merlyn been seen as a character of sorts. Sure, memes and characters can have success in today’s music industry (see: Big Shaq), but they don’t have much staying power. If Merlyn wants to have an individual career that amounts to more than a single album, he’ll have to buck the character a bit to be taken seriously – just like we saw when Rich Brian changed his name from Rich Chigga. Memes don’t live for too long when they stand alone.

Related Sauce:   Brockhampton: The Video that Started it All

Ok but for real pic.twitter.com/qNhunyDQXq

The only living philosopher i know is Lil B

I forgot the weed in Texas look like dip tobacco

Ima call my mom fore i get high as fuck

Fun fact: my @ was ThatSoMerlyn before we ever did GOLD

every brockhampton music video but it's only merlyn verses
"Star" by Brockhampton But Every Name Drop Is Replaced With "MERLYN"
Merlyn Wood saying "This is Merlyn Wood, man // Everywhere I go is the woodlands" for 5 minutes
merlyn wood vomits blue liquid into a slurpee dispenser then collapses and dies
Tweet
Share