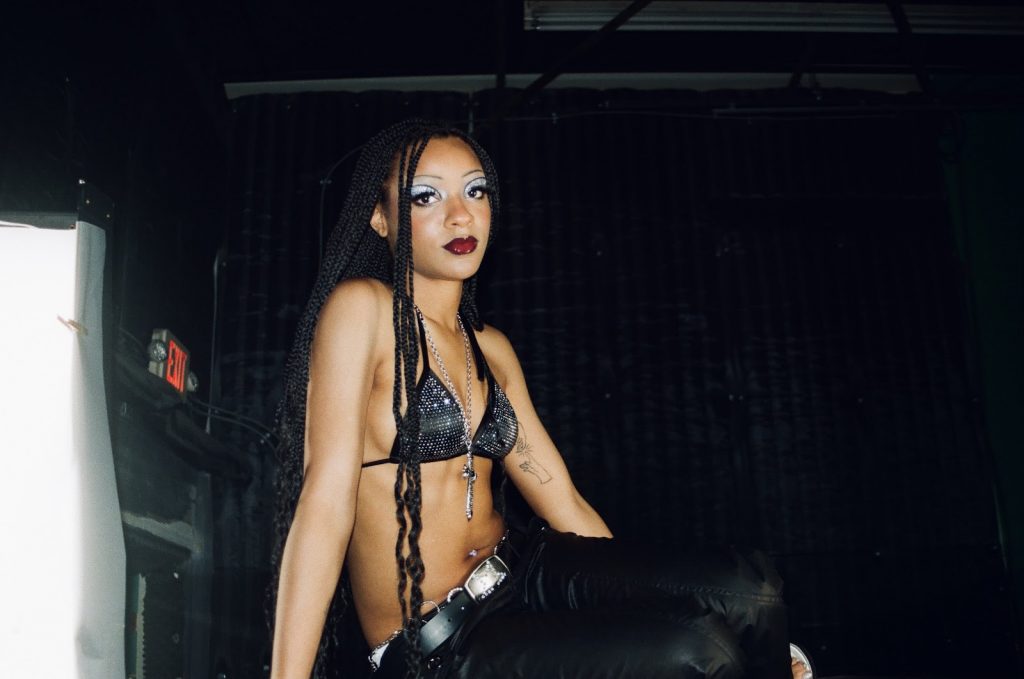 Mamii is a 20-year-old singer, songwriter, producer, and multi-instrumentalist from Hammond, Indiana. She grew up singing and playing instruments in church and at home, and these experiences continue to shape her writing process. She produced, wrote, arranged, and performed her new single “Creepiin,” which alongside an amazing visual (dir. Alondra Buccio), landed in our SubmitHub inbox! The multi-hyphenate artist seems to be unmistakably herself, even with a range of clear influences. The combination of tones all melds into one beautiful sonic tapestry.

Synthy chords, echoing filtered vocals about the “westside,” and a ‘90s vintage fish-eye view introduce you to the musical and visual perspective of Indiana hailing LA-based artist Mamii. Add a little ‘70s and ‘80s glitter and funky bassline and you’ve now entered the full song in “Creepiin,” that she has to offer. Somehow with all of the little nostalgia chord plucks, Mamii presents as someone in the future reflecting on a culmination of the past. The visual, while clearly influenced by art from a little over 20 years ago, feels like 2025.

The soundscape instrumentally and vocally continues this muti-era blend with some OG funk, some G Funk, and some late ‘90s early 2000s-esque R&B melodies. The collage seems like it is from a time unknown because it’s so mixed up in all these spaces that it looks like someone from 5 years from now — at least who has no actual context for these spaces other than through an internet lens. Yet it all really works and even verges on something that can only be viewed as original.

The thing that also must not be overlooked is the layering mastery of the composition. At times, there seems to be a minimum of four vocal layers with at least four instruments all weaving around each other seamlessly. Moments like this feel like a grain-filled rainbow but instead of finding a pot of gold at the end, you find a shimmery silver and purple crown and chain as compliments to Mamii’s attire. While the sounds feel fully formed and mature, the lyrics exude youthful love games which are as cheeky as they are toxic. This is a fun bop that’ll make you analyze it until you give up on a label. Just dance along and let it be what it is. 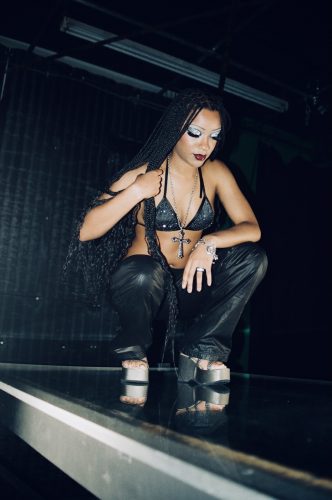 I was obsessed with Hype Williams videos as a kid and I just wanted to pay homage to him. I specifically remember replaying the “Gimme Some More” video over and over. The fish eye lens was so intriguing to me. I had that idea and Alondra and Jamie helped me execute it perfectly. For the music, I was heavily influenced by George Clinton, DJ Quik, and Anderson. Paak. I was on a G-funk binge and that was on my mind afterwards. I didn’t know how it was gonna turn out but it worked!”- Mamii for CentralSauce

This single is a part of a full album Black Phoeniix that was just released! Mamii’s 2020 EP Blonde Boy was also featured on Spotify’s Fresh Finds and Apple’s New in R&B playlists, and she has quickly earned the attention of artists such as Jacob Collier, Omar Apollo, Smino, Baby Rose, and Syd. There’s a plethora of gems on there to bump and also be sure to give Mamii a follow on Twitter and Instagram for any and all future updates.