CentralSauce » Why We Like It: Madame Gandhi’s “See Me Thru” 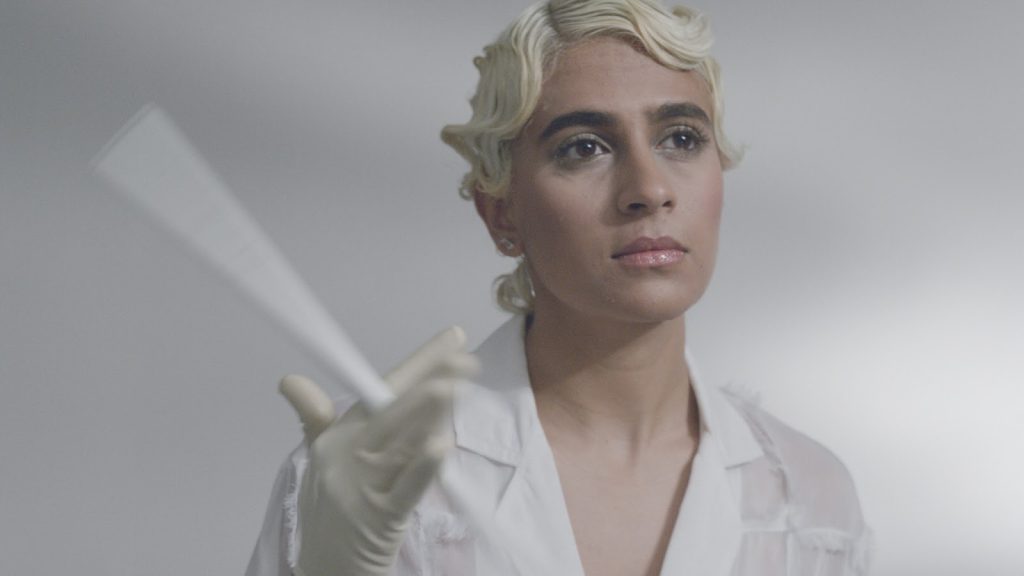 “See Me Thru” – Madame Gandhi

The sound of intricate drums propelled “See Me Thru” into our inbox at Submithub, where we did just that, seeing through an inspired contemporary take on funk and soul. It glistened with an unusually deft infusion of minimalist electronica, the glitches and chirps floating atop the dominant percussion and meticulously layered vocals.

It all came together in an unconventional-yet-compelling wall of sound, one that impressively melds yesteryear and the decade that stretches out before us. I can’t say for sure which quality seized me first, but sometime before the track was done, I knew I’d be writing this very preamble.

Madame Gandhi is an artist with whom you’re likely familiar – she’s drummed for M.I.A, Thievery Corporation, TV on the Radio, Kehlani, and Lizzo – and her mean resumé shows a real versatility, moving into funk, rock, hip-hop, neo-soul, and pop. It’s no surprise, then, that she should be well-equipped to take on a solo project, and “See Me Thru” is evidence enough.

The track opens with lyrics patiently parsed through otherworldly filters, moving into a propulsively drummed verse that pairs waxed poetics with grounded assurances. It’s the hook that truly hits stride, however, when her electronic sensibilities push up against the crisp command of her versatile kit. The production is compelling and the content engaging, but it’s the drumming that proves the focal point, a tight anchor that pulls you further and further into the cut.

It takes a lot of disparate influences to lay something as singular as “See Me Thru.” Sure, you’ve heard songs like it, and you might even be able to name some pretty compelling antecedents, but I don’t often get this kind of groove from largely unfamiliar artists. Rare too is the representation in the music video, and though Madame Gandhi has always been a staunch activist, her message is backed by spades of artistic talent. She’s no activist-turned-muso, or muso-turned-activist: she’s been both for a long, long time. 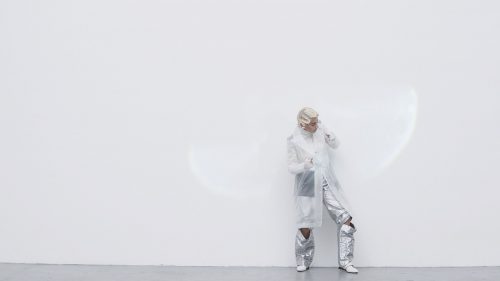 ‘See Me Thru’ is about seeing a relationship through. We are in a generation where we are bombarded with choice and with new ideas at an unprecedented rate! As a result, we move through ideas, jobs and people so quickly. This song is about valuing consistency – about seeing consistency as today’s new social currency. If the last decade was about spontaneity, I believe this decade will be about following up and doing what we say we’ll do.”– Madame Gandhi for CentralSauce (2020)

Madame Gandhi ain’t new to this. “See Me Thru” is the latest single from her newest EP, Visions, following 2018 singles “Bad Habits” and “Top Knot Turn Up.” Her debut EP, 2016’s Voices, was a similarly brisk five-track affair, and though she’s still scheming on a full-length debut, you can bide your time checking out her ever-rotating curated playlist, The Future Is Female.