CentralSauce » Frank Before the Ocean: The Story of Lonny Breaux 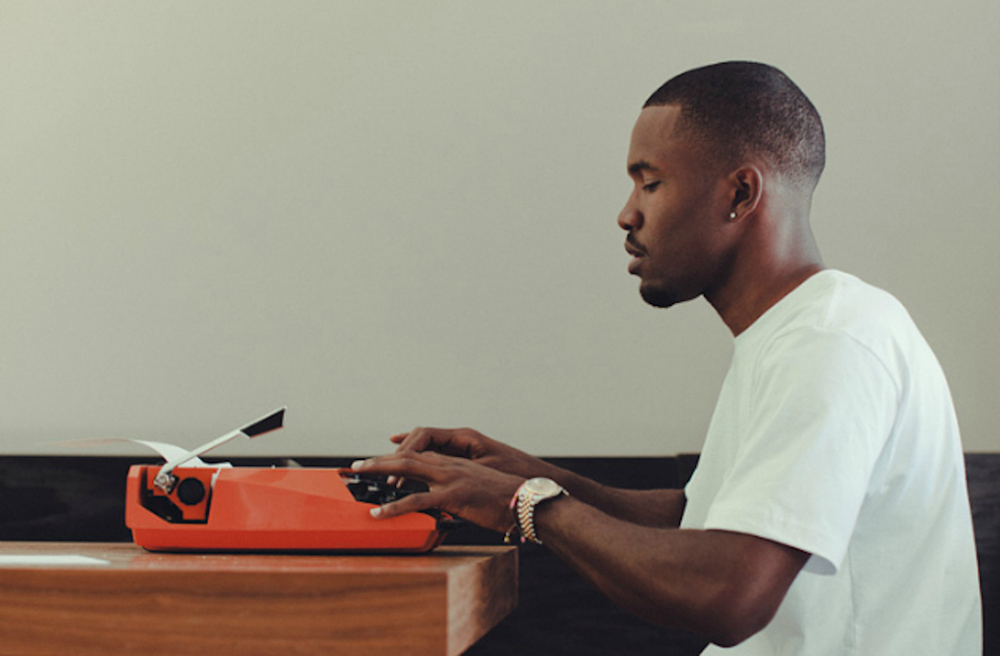 Frank Ocean’s music needs no introduction. Frank Ocean the man and artist, however, is a far more enigmatic topic. Hiding behind a notorious shroud of privacy and mystery, the details of Frank Ocean’s personal story intrigues casual and die-hard fans alike. But to truly understand Frank Ocean, you have to go back – all the way to his early days penning songs for the likes of Justin Bieber and John Legend.

This is the story of Lonny Breaux.

Frank Ocean (real name Christopher Edwin Breaux) lived in the epicenter of American jazz, New Orleans, until he was 18. Most of the pleasures he recalls from his childhood were solitary: reading, climbing onto neighboring rooftops, listening to music with his headphones on. Frank tried various team sports but didn’t stick with any because, as he puts it, “I didn’t enjoy things I couldn’t envision myself being the best at.”

Frank was raised christian by his Pentecostal Evangelical grandmother but, unlike other artists like Anderson .Paak, didn’t get his musical start in the church. In fact, he never took the stage at his church throughout his entire childhood. Frank reminisces on his time in the church on one of his earliest tumblr posts: “I never sang or played in the church though, unfortunately. I remember being kind of intimidated by the idea of it actually. Church was the Hood Julliard to me. All the coldest musicians came out of there.”

Frank grew up under the supervision of his mother and his grandfather, Lionel, who became his de facto father for most of his childhood after Frank’s father left the family when he was 6 years old. Lionel was an important part of Frank’s childhood, and was even the reason that the young Christopher Breaux became known as “Lonny” – a nickname that he still uses to this day.

“[Lonny Sr.] had a really troubled life with crack, heroin, and alcohol and had kids he wasn’t an ideal parent to. He didn’t speak a terrible amount, but you could tell there was a ton on his mind–like a quiet acceptance of how life had turned out. He was a mentor at AA and NA, and I would go with him to meetings.” Frank Ocean with GQ (2012)

Lonny Sr. was a massive part of Frank Ocean’s early life and was later served as a muse for Frank in his music. According to Frank, the song “Crack Rock” from Channel Orange was a product of those days spent in NA meetings with his grandfather.

Frank also unmistakably sings about his grandfather on the song “There Will Be Tears” from Nostalgia, Ultra:

“My grandaddy was a player, pretty boy in a pair of gators
See I met him later on, think it was 1991
The only dad I’d ever know, but pretty soon he’d be gone (too)
Hide my face, hide my face, can’t let ’em see me crying
Cause these boys didn’t have no fathers neither
And they weren’t crying, my friend said it wasn’t so bad
You can’t miss what you ain’t had, well I can, and I’m sad” 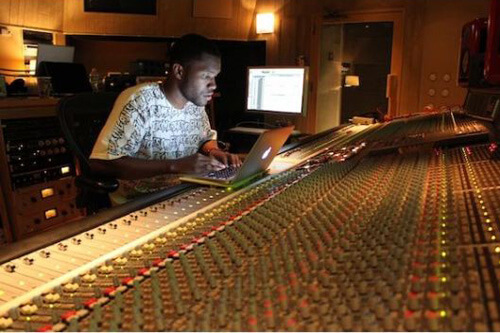 Frank was attracted to music at an early age (he booked his first studio at age 12) due to the freedom and economic opportunity it offered. His mother wasn’t supportive of his musical ambitions early on, as his absentee father had been a keyboardist and singer early in life which left her with a bad taste in her mouth regarding the profession. But Frank was not to be dismayed. While in high school, Frank began working various odd jobs to pay for studio time to record music. Upon graduation, Frank enrolled in the University of New Orleans at his mother’s bidding to study English. Frank was familiar with the collegiate setting: as a teenager, he used to go to every class with his mom at the University of New Orleans while she got her masters. But even though young Lonny Breaux was attending class, his heart was in the studio.

Early in the morning on August 29, 2005, Hurricane Katrina struck the Gulf Coast of the United States. It brought sustained winds of 100-140 miles per hour and stretched over 400 miles across. Katrina was one of the five deadliest hurricanes in the history of the United States and was the costliest tropical cyclone on record at the time. Tens of thousands of people, homes, and other properties met their end during the storm. But amidst the wreckage, there was also hope for new beginnings. 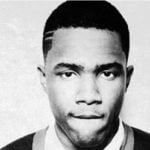 With his studio flooded and city in ruins, Frank received an offer from a friend in Los Angeles for discounted studio time. He decided to scrape together some funds by doing sheetrocking work in the rebuilding effort and soon after drove out to Los Angeles with $1,100 in his pocket. He was only supposed to be there for six weeks, but a coincidental come-up exposed him to big opportunity. So big, in fact, that it would keep him in the City of Angels for over six years.

“One night, I went to a listening party just to pick up my backpack from a friend. Next thing I know, I’m in this studio, and everybody’s putting their laptops on the pool table, playing songs through these big-ass speakers. It was crazy. And they wanted me to play, so I plugged in, and they were like, “Oh shit.” There were producers there, and they said, “You should come up to the studio and write.” So I did. I’d sit in those rooms for hours. But I wouldn’t write any line that was as good as the lines being written in the rooms next to me. It was just like: I had to elevate. I was looking at it like an athlete then—like I just wanted to be better than everybody else.” Frank Ocean with GQ

Frank found success in songwriting as Lonny Breaux. He knew he could sing and write, so he connected with producers and musicians who submitted tracks to labels for major-label artists. The producers would create the sonic foundation and Frank pitched in with the lyrics and melodies. Within two years he had a nice car (BMW of course), his own apartment in Beverly Hills, and a few hundred thousand dollars earned from penning songs for the likes of Justin Bieber and John Legend. But despite the quick success, Frank was miserable. Then, in 2010, he connected with a man over the phone who would change his life forever.

“[The first time I met Tyler] was all over the place. He let me know that he was just about to jack off before I called him. That was our first exchange. From there, we talked about music, dinosaurs, the Grammys he wanted and I wanted. It was just creative people talking about what drives them and what pops up in the head. From the first conversation, I had a sense that he was on to something.” Frank Ocean with Wax Poetics 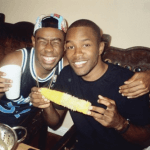 Tyler Okonma, also known as Tyler, the Creator, was the co-founder and ringleader of Odd Future, which also originally included Left Brain (Vyron Turner), Hodgy Beats (Gerard Long), Earl Sweatshirt, and Jasper Dolphin (Davon Wilson). Frank quickly fell in with the band of ambitious, unapologetic misfits and was inspired by the group’s do-it-yourself approach to indie rap. The introverted songwriter began to break out of his shell, even if he wasn’t moshing yet.

“I was at a real dark time in my life when I met them. I was looking for just a reprieve. At 20 or 21, I had, I think, a couple hundred thousand dollars [from producing and songwriting], a nice car, a Beverly Hills apartment—and I was miserable… And here was this group of like-minded individuals whose irreverence made me revere. The do-it-yourself mentality of OF really rubbed off on me.”  – Frank Ocean with GQ

Crossing paths with Tyler and the rest of Odd Future would change Frank’s life forever. Under their influence and with their support, he began making the transformation from Lonny Breaux the Songwriter, to Frank Ocean the Artist.

During his time in Los Angeles, Frank Ocean provided his songwriting talents to a variety of high-profile artists. Before Nostalgia, Ultra, Ocean often relied on catchy, simple rhymes and formulaic, familiar song structures. The goal was to make the music as commercially friendly as possible. After the experience of writing for himself on Nostalgia, Ultra, Frank’s songwriting proceeded under his new name “Frank Ocean” and featured far more intricate structures. 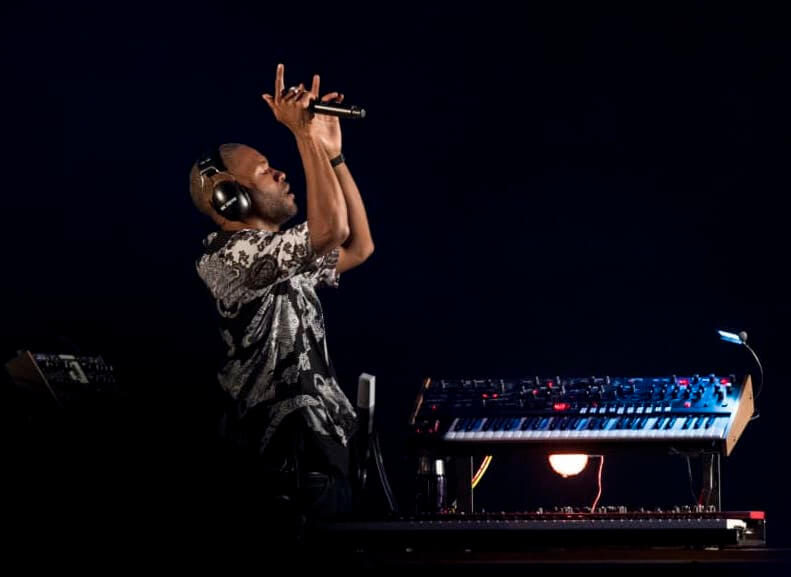 The Death of Lonny Breaux / Birth of a Visionary 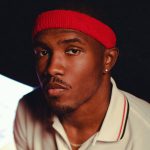 Approximately one year after meeting Tyler, the Creator and the rest of Odd Future, Frank made the decision to leave his birth name in the past. Christopher “Lonny” Breaux became Christopher Francis Ocean on October 28, 2010 – his 23rd birthday. He cited Frank Sinatra and the original Ocean’s 11 film as inspiration for the change.

The transition from Lonny Breaux to Frank Ocean was a pivotal moment in Frank’s career that signified a new direction for his goals. Under this new name, Frank wouldn’t simply work in the music industry. He would redefine it.

“There was a point where I was composing for other people, and it might have been comfy to continue to do that and enjoy that income stream and the anonymity. But that’s not why I moved away from school and away from family.” – Frank Ocean with BBC (2012) 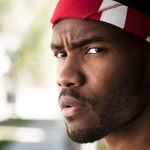 Frank’s early songwriting successes attracted the interest of Christopher “Tricky” Stewart, the producer behind hits like Rihanna’s “Umbrella” and Beyoncé’s “Single Ladies”. Tricky approached Frank with promises of a solo career, and ended up signing the young songwriter to Def Jam as a solo artist at the end of 2009. But Def Jam never gave him a recording budget and seemed disinterested in his future at best.

Frank’s frustration with the label grew over several months until one day he decided to write and produce a record without his label, inspired by his Odd Future cohorts. The project would be released independently and for free on Frank’s tumblr under his new moniker, “Frank Ocean”. With the help of his fellow Odd Future members, the mixtape hit the digital airwaves like a freight train.

Nostalgia, Ultra marked the end of the Lonny Breaux era, but it also represented a grand new beginning for Frank Ocean – just as Hurricane Katrina had done six years earlier.