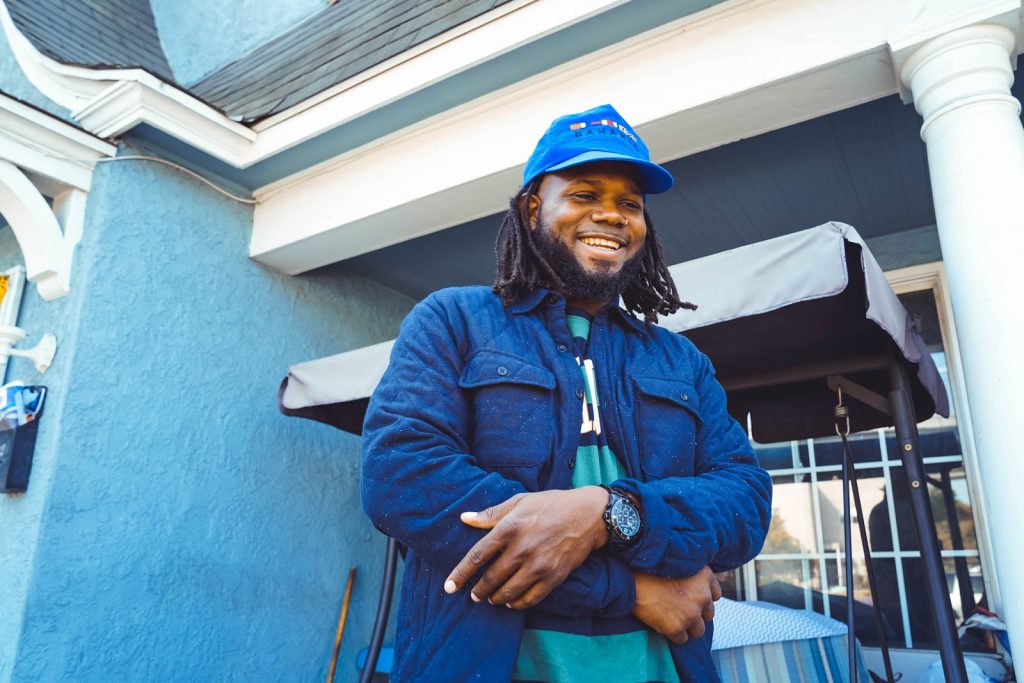 LocalBlac - We Outside! (Official Music Video)

Impacted by his surroundings, LA raised LocalBlac shares life experiences through a specific sonic lense. His new video and single “We Outside!” shows him posted in the space that raised him and he still occupies. Simply, the aesthetic just fits and the authenticity in his delivery is undeniable. LocalBlac wrote the song and recorded all of the vocals, his main producer AyoDlo handled the instrumental, and Mecca, his main studio engineer brought the track to life. Safe to say LocalBlac executes all of his art with his home team. Thankfully the wavy single landed in our SubmitHub inbox.

Sometimes you hear a beat and it puts you in an exact location. I’ve been to LA personally three times and there is a specific hip-hop sound in an instrumental that seems like it can only be produced from that environment. When the breeze filled synthy sounds and sparse yet succinct percussion come in on LocalBlac’s single “We Outside!”, you know exactly where he reps. Then when the first vocals introduced have a pitched down h-town energy reminiscent of Kendrick Lamar’s on “Swimming Pools (Drank)” as LocalBlac rhymes “Where you from? We don’t judge. Let me hold a lil something. Where the drugs? Where you going?”, your suspicions of locational influence are double confirmed.

While the beat and initial template is satisfyingly familiar, when LocaBlac starts his first verse you know you’ve landed on a unique blend of styles that still have a bona fide SoCal essence. The pocket that LocalBlac finds in the beat is reminiscent of more modern East coast spitters like a JID or Chris Patrick, while still being blended with a leaned back ease filled with LA sunshine.

I caught a flat, pushing the gas, holding a ton of the weight / Gotta get it off of my back, if it aint that, then it’s another debate / Can’t be getting too attached, had to learn that, now that I’m out of the way / I been running up a bag, n***a relax, we doing 5 in a day”

These bars, while essentially being grind raps, have a wildly interesting element of stream-of-consciousness to them. You feel as if you’re truly locked into the cycle of fleeting yet interconnected thoughts that LocalBlac is pondering and analyzing. He cycles through the highs and lows on a day full of hustling, while inserting momentary reasoning through his trust issues. As you hear him rap, these small moments of vulnerability pop out like a gold watch on an all white outfit. They glimmer on their own while also completing the silhouette.

The other moments that jump out of the tapestry of flows are the socially conscious ones. In the second verse LocalBlac raps, “If the cops that kill us ain’t called murdering, I’m burning down buildings fuck your feelings.” For this brief moment he allows himself to feel his internalized rage at the system within the general tone of relaxed contemplation. These layers of humanity from LocalBlac consistently appear throughout the head nodding Westside vibe that locks your ear in. 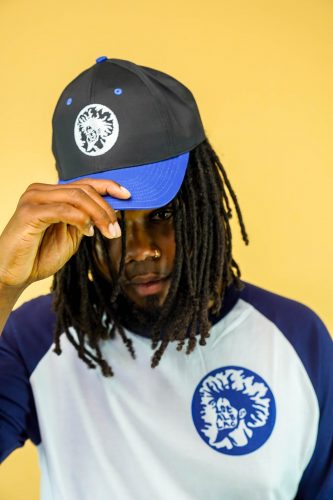 On a personal level the song for me, is a story of triumph even with no one in your corner. The underdog story of course. The message as a whole in relation to the world, is no matter how much you count us out. We’re still going to be outside fighting with every last muscle fiber in our bodies. We will not stop for no one that isn’t aiding our battle, and we won’t let anyone dictate our outcome. We make the choice, we fight on using our will power.”- LocalBlac for CentralSauce

“We Outside!” is just a small piece of LocalBlac’s impressive November 2020 released album Inside Voices Please!. He has been consistently releasing music since 2016 and this relentless drive musically seems to now be paying off as this song has already been picked up by Spotify Editorial Fresh Minds and racked up thousands of streams. Follow LocalBlac on Instagram and Twitter for any and all future updates.