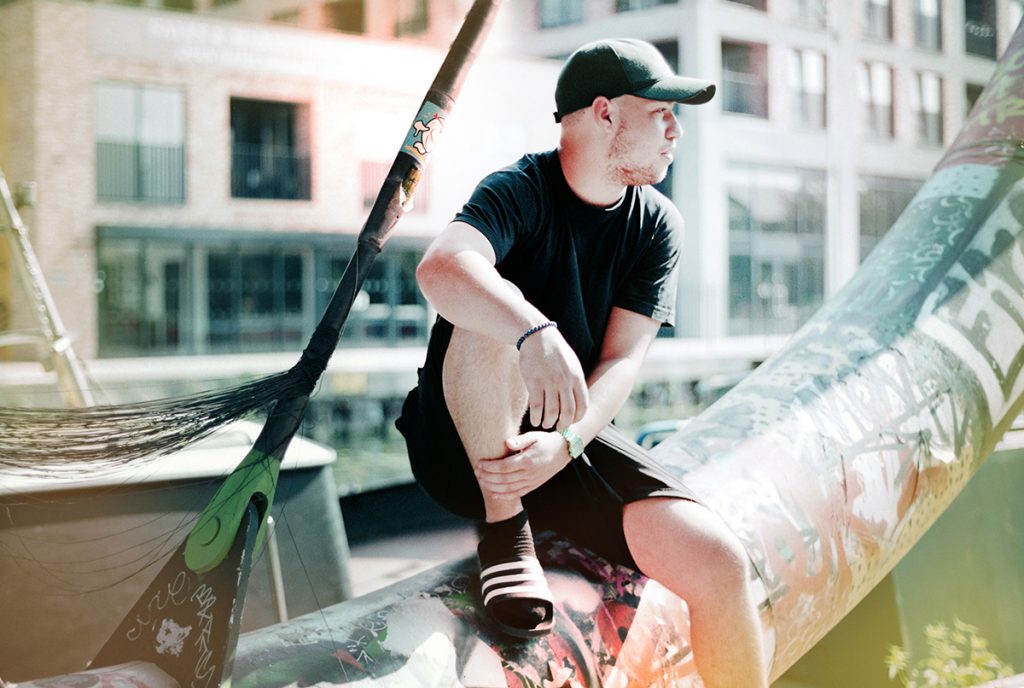 “Henny Nights” came through our SubmitHub inbox with impeccable timing. Born in London, raised in France, and schooled in the USA, Lo-Ke’s international influences have contributed to an exciting, unique sound. His accent gives way to an addicting cadence that flows over a beat produced by Shadow Kyd that’s part reggaeton, part lo-fi and plenty dancy.

Saying 2020 has been a rough year… would be… an understatement. With music being so closely tied to the emotional states of artists, our submissions inbox has been aflood with an outpouring of the pain, uncertainty, loneliness, and anger that this year seems to have been so full of. These strong emotions have led to some truly powerful musical moments both inside and outside of our Discovery range, but “Henny Nights” stood out to me for it’s carefree celebration of life that cut through the ever present dismal gloom that’s seemed to hang in the air since March.

The beat is uplifting and nostalgic, instantly reminding me of nonspecific better times. Whether it’s the strums under Lo-Ke singing about a pretty girl or the snares rattling beneath his rapping about drinking and smoking the night away, the sound brings a smile to my face. It reminds me it feels good to smile. Try it. Pless play and let that grin spread.

Excuse me / Can you bring me another bottle / Cuz all the bottles in my section / Liquor liquor, getting close to the bottom / We never told you to follow us / We never said we was a role model / We only livin’ in the moment, fuck if tomorrow we forgotten” – Lo-Ke, “Henny Nights” (2020)

It’s easy to escape into “Henny Nights” but beneath the flashy energy, the song is also a caution about escapism. When the liquor runs out you still have to face your problems on the other side. Only 2 minutes and 40 seconds after pressing play, the song has run its course. The hard part is keeping the smile. It’s easy to get lost and there’s plenty to get lost in. It would be an even more confusing world without music to fall back on. Glad I can always come back to songs like “Henny Nights” for a needed boost. 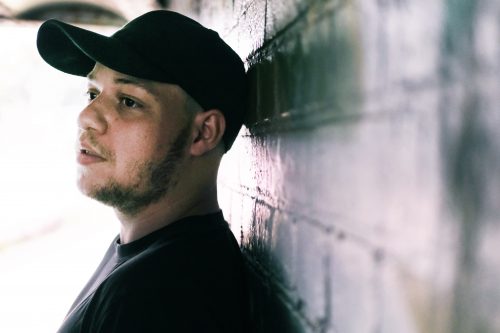 Normally this would be where I share a quote from the artist about the song, but every once in a while we get the feeling that just one quote wouldn’t do the artist’s perspective justice. This is one of those times. From the descriptions of how his international upbringing has influenced his music to deeper ruminations on the escapism that runs through “Henny Nights,” enjoy the exchange we had via email, found below (very) slightly edited for content and clarity.

Related Sauce:   Why We Like It: Ami Cheon’s “Good Good”

Brandon: I love hearing how international upbringings contribute to an artist’s sound. How has your traveling influenced your music?

Lo-Ke: I guess it’s helped me to be more versatile as a Musician. Every culture has their own nuances that come out through their music. In some ways it’s a bit like being bilingual (or multilingual); it really changes your brain and mindset.

What is something you took away from music in France?

France is where I had my initial introduction to music. I grew up listening and admiring the wordplay/rhymes of Kerry James, Orelsan and Alpha Wann. I grew up in The French Alps so I also listened to a lot of French Mountain Music. Ever heard that? It’s got mad Ukuleles and Yodelers.

My Mom used to play Piano and forced me to take lessons. I remember having to learn a song (fully, with no mistakes) by Jena Lee before getting my first phone (not an iPhone, a Flip Phone); took me crazy long, hahaha. It was worth it. Also Trap, gritty off tempo-ish Grime and Carribean/African music which is where my biological Father’s roots are.

This is a really fun song about drinking and dancing your problems away. What do you think makes escapism so appealing to people?

Thank you, that’s what I was going for. Alcohol and partying are kind of a universal Band-Aid for people during tough times. I feel lucky that I can make music when I’m down, but sadly, not everybody is fortunate enough to have creative outlets to help their minds decompress.

That being said, I’m a sucker for a nice night out drinking with my mates. I think dancing is also an incredible tool to help people release stress in a positive way. Going back to the drink though, it’s always easier to hide the dirt under the rug than to actually get rid of it.

In our submissions we’ve rightfully been getting a lot of submissions about the tension in the world right now. A majority of the music has ranged from the isolated feeling of lockdown to the violence of police brutality. Maybe that’s why the escapism of this song stood out to me. With everything going on right now how were you able to get into a space where you could create something so fun and carefree?

That’s a really good question. It’s honestly pretty tough as it seems like the world is going up in flames before our eyes. Even though there are many important matters to address at the moment, which absolutely must be dealt with, I think it’s equally important to reflect on the fun aspects of life; because they DO exist. I feel like focusing too much on negativity can breed hopelessness, despair and ultimately more negativity. It’s a vicious cycle.

I really wanted to share a little bit of light with the world as the tension is just too palpable these days.
I’m thrilled to know that my track stood out and I hope that it brought 2 minutes and 40 seconds of vacation from Planet Earth.

Among all the upbeat energy and carefree sounds, there’s a few lines in the middle where the song pivots and gets a little more personal. As the liquor runs out you say “We never told you to follow us / We never said we were a role model.” What is it that’s sobering about those lines?

In a sense I’m just reciting the mantra that “just because other people are doing it, it’s not necessarily the right thing to do or way to be”. Partying with that “live fast, die young” attitude is heavily glamorised in the Entertainment Industry but people shouldn’t really look up to that stuff.

It’s a way of life that possibly works for some but it’s not the only way to officially live “That Good Life”… And if you are going to live that way, you’ve got to be ready to pay any consequences that might come along.

Also, when I say that the bottle is running out, in a way I’m suggesting that once the liquor is done and you sober up a bit, you start to realise that some of the choices you made may not have been the best; there was an intended tongue-in-cheek undertone to this record.

Do you feel a lot of pressure to put up the false perception that everything is fine by trying to have an excess of fun?

Not really. I think that’s just my general state of being; like most people, I wrestle the demons and pressures of living in 2020 on the daily. I often don’t feel alright but really dislike to impose that on my friends and family. I think that I’m often putting up a false perception that everything is fine just to try and keep life in check.

In addition to that, my main idea of fun is music; I’m a real studio rat. Honestly, I’d much prefer to grab some beers and chill out making beats/recording than hitting the club to get mind-erase drunk.

Do you ever feel like that theme is tied to pursuing a career in music?

Oh, absolutely. I really feel like Social Media has exacerbated that aspect of the industry and our lives in general. That theme is rampant not only in music but also with “Influencers” or what-have-yous. I try to stay off Social Media but it’s a bit difficult whilst pursuing a musical career.

Seems like everyone has their best mask on 24/7, bragging about this, playing up that. I guess they feel like it gives them more clout or credibility to present themselves in a manner that is way more grandiose than they really are? Maybe it works??

Lastly, how do you like to drink your Henny?

Follow Lo-Ke on Instagram and check out more music on Spotify and SoundCloud. You can also support the producer, Shadow Kyd and the backing vocalist, Prince Pauper.