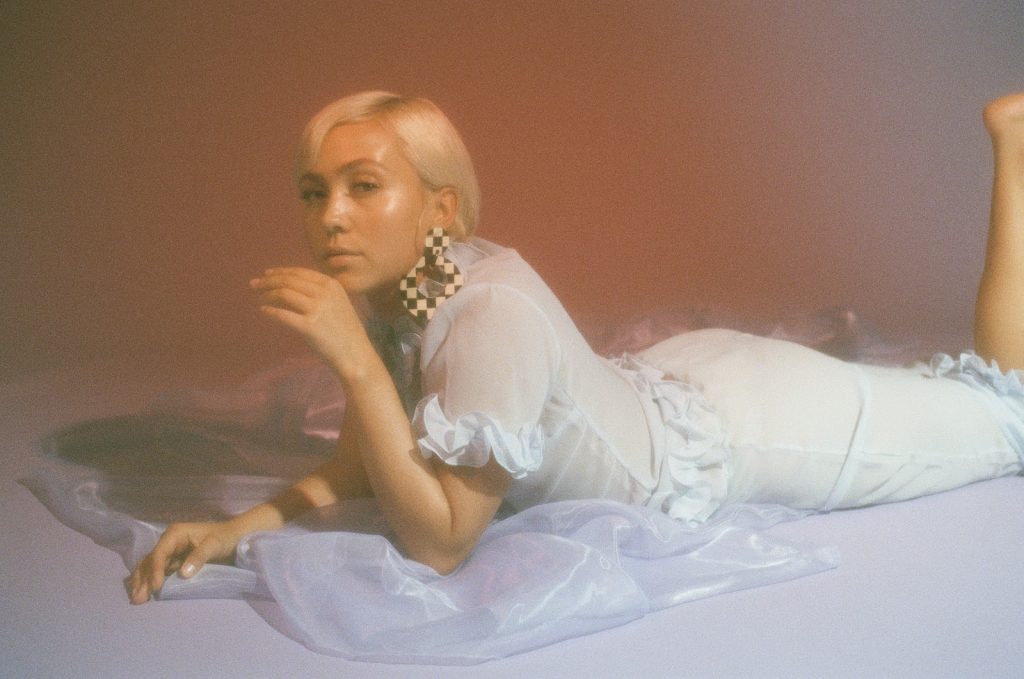 CentralSauce is nothing if not a diverse pool of tastes, and I feel fortunate to have been the one to receive Linae’s “Right There” in our inbox at SubmitHub. Steeped in the R&B traditions of yesteryear but reflected through the trappings of contemporary pop, it touched on more than one of my favorite lanes, doing so with a mean command of songwriting convention and a timely artistic identity.

“Right There” takes R&B sensibilities and runs them through a contemporary pop filter. It’s no surprise that Linae’s mother was quick to introduce her to the R&B staples of eras past; interests which paved the way for a growing appreciation of pop throughout the ‘80s and ‘90s. There’s no ignoring the influence of Robyn on the singer, though the comparison is an easy one, bolstered by their shared Swedish heritage and ear for striking contemporary sounds.

This brilliant blend of sounds takes the already impressive songwriting to their ultimate end, imbuing the catchy pop-inspired melodies with synth embellishments, tinkering percussion and warm R&B vocal harmonies. The refrain is undeniably smooth; the verses lyrically strong and melodically compelling; the production rich and the mixing just as strong. As is the case with any unique artist, Linae’s style is a novel creation of her own, building on an idea whilst carving out a lane in her own right. “Right There” is not as much reinventing the wheel as improving its design, steeped in the trusty conventions of yesteryear, defined by the artist’s fine craftsmanship, good for miles and miles, and a joy to cruise on time and time again.

I’ve been a music nerd my whole life. I spent a lot of time with my mother who put me onto R&B, soul, and disco, stuff like Sade, Prince and The Brand New Heavies. When I got into digging music l started listening to Janet Jackson, Missy Elliot and Toni Braxton. They were such good performers and everything was tight. I was very much inspired by that. I’ve been taking my time to develop myself as an artist and trying to figure out what I want to be. It is about being real.

I love finding new ways to be creative. I try to pay tribute to classic materials that’s been around forever rather than copy stuff from now. I’ve been working towards making my own brand, my own sound, you’re going to know what a Linae track sounds like.

“Right There” is Linae’s second single of 2019, following “Stuck In The Rain.” She released “Sweet Sweat” in 2018 and “Don’t Ever Wonder” in 2017, and though she’s still firmly on the come up, her Spotify page hosts a playlist of Linae Essentials that speaks to her tastes and influences.

Related Sauce:   Why We Like It: Otis Mensah’s “Internet Cafe”