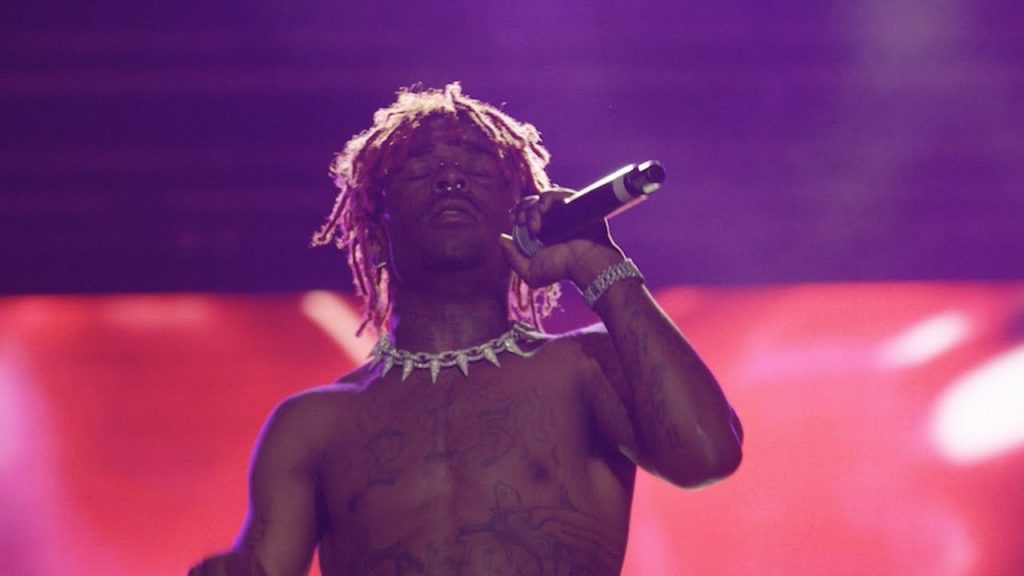 Year end lists are subjective garbage so we let Edward Alexander write a list about his favorite song of the year.

When was the last time you heard a 6-minute rap single?

In the new regime of hip-hop a premium is placed on concision. Hooks, verses, songs, singles, and albums seem to have collectively shrunk in 2018. As rap continuously expands into new markets and into a larger share of the public’s interaction with music, the music itself seems to be constricting--in some steps gradual and in others dramatic (i.e. the Wyoming tapes). But in the midst of this shrinking, one song stands a blissful mile longer than its contemporaries: the nearly 6-minute infinite banger that is Lil Uzi Vert’s “New Patek.”

When I first listened to “New Patek,” there was something off.

The song opens with some stifled mumbles and it isn’t until six seconds that any distinguishable voice comes through. But when it does Uzi professes—with an energy I’ve been trying to catch in a bottle to propel me through the conclusion of this cursed year—“New Patek on my wrist/white diamonds them shits hit pink.” What follows is a song that bucks convention; a song that stumbles forward with no regard for song structure, a slew of different flows, entire repeated verses, a music break, and a chorus delivered in three different ways.

If we’re to understand “New Patek” as an anomaly, we have to understand the context it’s being built from. We’re currently in an era where streaming has allowed music to be consumed at an unhealthy rate and opinions to be formed just as fast, where it is becoming increasingly important to grab attention and keep it. The response to this landscape by many has been delivering easily digestible pieces of work.

It’s partly why artists like J. Cole and Kendrick Lamar’s most recent albums sound so familiar. Soundcloud artists like Lil Pump have made careers off of short digestible chunks, Travis Scott’s ubiquitous Astroworld track “Sicko Mode” seizes attention by enlisting Drake and delivering three songs masked as one, and, a personal favorite, Sheck Wes’ alyrical and riotous “Mo Bamba” seemingly finds solvency because he can say “bitch” a bunch of different ways.

A Tale of Too Short (not the rapper):

As of today, only five of the sixty-five tracks (7.7%) on Apple Music’s taste-making “The A-List: Hip-Hop” playlist are longer than four minutes: “What’s Free” by Meek Mill, “Sicko Mode” by Travis Scott, “Talk to Me” by Tory Lanez and Rich the Kid, “Murder on My Mind” by YNW Melly, and “New Patek.”

But change isn’t bad. Rap’s flexibility allows it to position itself more definitively as the innovative genre of the present. In ways hip-hop has always been one of the most amorphous and inventive genres, to the chagrin of many purists.

The push for concision manifests itself in singles; the purpose of a single being to entice fans and keep them engaged. Scorpion, Culture II, and Rae Sremmurd’s Sr3mm, three of the year’s prominent “long albums”, don’t feature any 6-minute singles – although Rae Sremmurd’s “Powerglide” comes shockingly close (but kind of cheats because it literally has 3 artists on it and samples the Three 6 Mafia anthem “Side 2 Side” that deserved the elongation treatment). Migos managed to make their lead single “Stir Fry” 3-minutes and there are 3 of them, how short do your verses have to be to pull that off? The only popular hip-hop artist who routinely makes 6-minute songs is Logic, and even he has the sense not to release a single longer than 5 minutes.

Uzi, who has never even had a song on a studio album touch 5 minutes, manages somehow to rein in high octane energy for a full 5-minutes and 43 seconds on “New Patek,” and he never lets you take a break. Most remarkably, he does it without a single assist from another voice. The most notable rap single that comes in at 5-minutes and 43 seconds in recent memory is the Uzi featuring, Migos-minus-Takeoff, uncoordinated-and-uncomfortable-dab-inducing “Bad and Boujee.”

If we take stock of the current landscape of hip-hop we see a lot of tension: the tension over rap’s trajectory. Tension between Drake’s bloated and elongated Scorpion and Pusha T’s short and sour Daytona (sour in a good way, can’t call a Pusha T album sweet…it’s about cocaine), the tension between old and new schools that J. Cole’s “1985 Freestyle” and YBN Cordae’s “Old Niggas” response symbolize, and the tension between mainstream darlings like Post Malone’s pastiche persona and hip-hop’s presently overlooked journeymen like Black Thought.

On “New Patek” the iconoclastic Lil Uzi Vert defiantly offers us a single of exuberant flexes that directly contrasts the “emo-rap” wave his “XO Tour Lif3” and “The Way It Goes” capitalized on. But there’s an implied internal tension in an artist who slips between lyrics like “All my friends are dead/push me to the edge” and “I am an octopus, I cannot breathe without water/so I put diamonds on my tentacles.” So, in the midst of every other chord of tension in hip-hop, add Lil Uzi Vert’s--and hip-hop’s--lyrical duality to the list.

At some point Lil Uzi Vert will emerge from his quiescence and release the teased Eternal Atake. Uzi will then, as always, grapple with the duality of being an artist as known for touting his independence as he is for chronicling his mental and substance abuse issues after a breakup. And Uzi will likely occupy both lanes. It’s doubtful he’ll even use his blinkers to give us any clue where he is headed.

However – if there is any question that Uzi is out of control, the ending to “New Patek” dispels it. 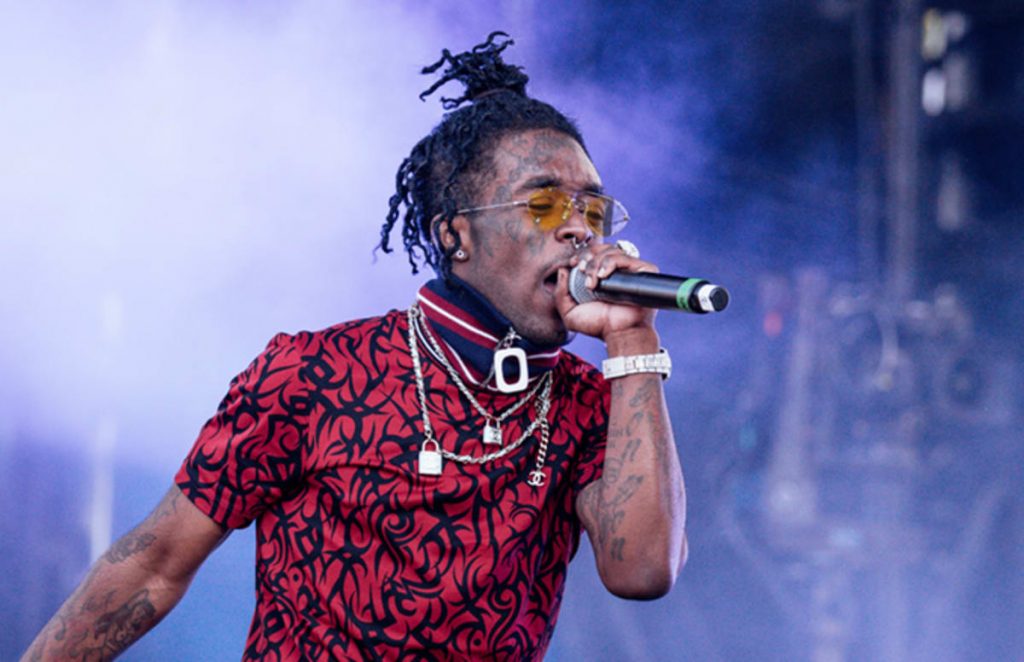 The track fades out—a tease symbolizing there could be more and an acknowledgement the time has come, like the sobering self-awareness required to get up from the couch after binge-watching an embarrassing amount of Netflix comedy specials. But after the music ends, Uzi lightly says, “yeah, that’s it.” In a way, he, with three words, acknowledges his evisceration of the rest of hip-hop. He steps back over the carnage he left in the booth over the last 5 minutes and 43 seconds and mutters admiration for the incendiary device he just set off. It’s what I imagine Leonardo Da Vinci said after painting the Mona Lisa, or Soulja Boy said after making “Crank That,” or what Kanye West said after pissing off half his fandom but still getting them to feverishly check in on everything he did in 2018.

Full transparency, we don’t do lists and rankings at CentralSauce. We stick to content that envelopes artists and their art in context. With respect for that goal, and Lil Uzi Vert’s defiant willingness to make an insanely long single, I need to say “New Patek” may not be the best song ever made, but it’s definitely the best song of 2018. And please, for the love of God, don’t link me [enter website’s name here]’s “best songs of 2018” list, because, unless “New Patek” is #1, they’re wrong.