CentralSauce » Why We Like It: Lebbs’ “Flake” Ft. Rotta 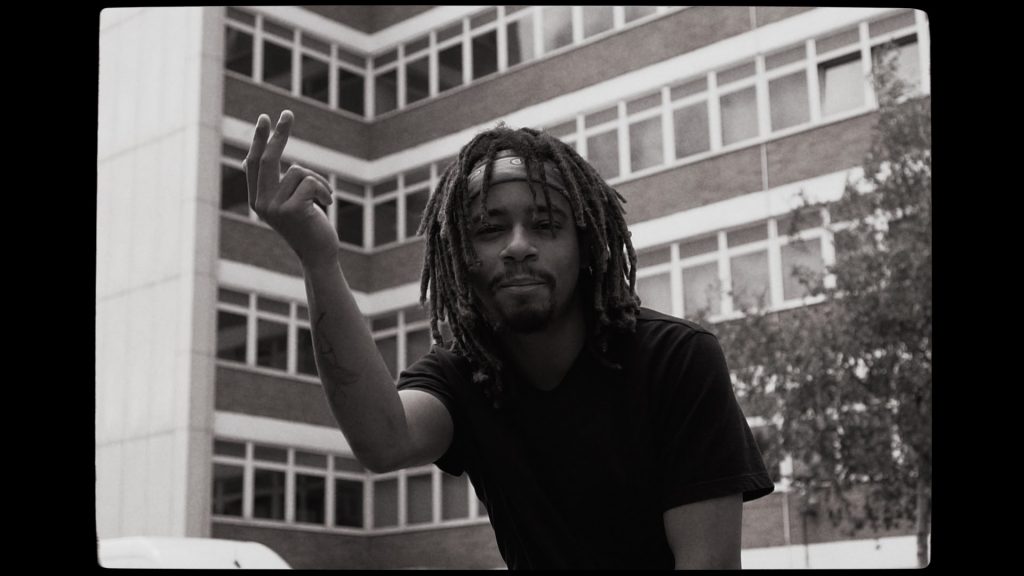 In the age of COVID, it can be hard to get out and see the world. Luckily for the CentralSauce crew, our SubmitHub inbox can take you around the world in 80 minutes, with a trove of tracks coming in from all across the globe.

We’re no stranger to the UK and their vibrant hip-hop scene, but I can’t remember ever receiving something out of Portsmouth (editor’s note: other than this other great single from Lebbs). Whether that’s because it hasn’t happened or because I haven’t noticed is another thing, but when Lebbs dropped into our inbox with “Flake,” there was no doubt about the origin. An emcee proudly representing his infrequently invoked city, Lebbs is clearly a son of Portsmouth, and Portsmouth is fortunate to have such a silver-tongued ambassador.

There’s an intriguing juxtaposition at the start of “Flake,” and it speaks to Lebbs’ own story.

The first thing you hear is a clean brass lick, the simple melody that goes on to underpin the track in its entirety. It’s jazzy, intelligent, refined, a marker of taste that alienates as it impresses. That’s chased by the second thing you hear: a sample of a voice discussing Lebbs’ hometown. “I would reckon that Portsmouth is probably the toughest town in the country,” the commentator says, “it’s the unsung hero of hard towns.”

That’s something of a perfect contention, introducing the smooth edge of Lebbs and the razor-sharp edge of his Hampshire hometown. It’s Rotta who seizes the mic first, the catchy refrain catalysed by his broad accent and nimble inflection — “we’re all begging for change, but not paupers.” In terms of agility, he doesn’t have the chance to square up against the star, with Lebbs’ first verse an acidic show of skill. The brass breaks away, a jazzy bass and restrained kit all that hold Lebbs’ impressively intricate lyrics to account.

It’s a sound self-described as “a wavy hip-hop and neo-soul odyssey in the key of fuck,” and that’s a hard descriptor to fault, though it cuts a loose figure about Lebbs’ undeniably dense schemes. “Quotes deadly with a venomous tongue,” he spits amidst a barrage of bars, weaving a heady internal rhyme as if proof were required. The braininess houses humour, withs Lebbs “still committing felonies drunk” and a loose chorus of chuckling hype men ushering in Rotta’s next refrain.

There’s pride in catching cases, causing trouble and the fact that “everyone’s alcoholics” out in Hampshire. “I guess we down and bothered,” quips Lebbs, the carefree aside more a laugh than a real diagnosis. That’s the beauty of “Flake” — it never takes itself too seriously, opting for a loving tribute over some deep diagnosis of societal ills. There’s a power in acknowledging issues, and even more in accepting them for what they are, and Lebbs and Rotta have tapped into both.

The video, a perfect companion piece, revels in what putting it down for your city really means – being amongst friends, walking the city streets, causing some ruckus. The joy is contagious, the fraternity unimpeachable, and as Lebbs walks through “the toughest town in the country,” he fears no evil.

It might be a rough city, heaving with hooligans and seaside struggles, but at the end of the day, it’s home. 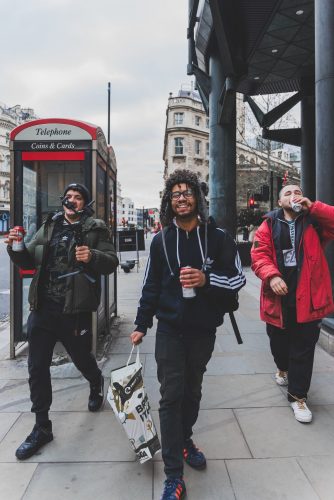 Portsmouth is the home of The Navy, Charles Dickens, mutant seagulls and notorious football violence. The EP name “6-5-heaven” is derived from the 657, an old football hooligan gang that sort of put our city on the map back in the day, so I felt obliged to put my own positive twist on the culture because I’m gonna be putting this city on the map from now on. I grew up mostly playing instruments from a very young age and songwriting — guitar has always been my main instrument — and at about age 16, I wanted to make the jazz stuff more accessible and fuse it with modern music which was basically the start to my life rapping. I mean Pompey isn’t your most glamorous of cities, to say the least, and I always felt I was meant for better things than the future my school had lined up for me, so here I am.” – Lebbs for CentralSauce

Lebbs is fairly fresh, but only if you take him as a solo artist. As one-half of Portsmouth duo PROSPECTS alongside emcee Apps, Lebbs has let loose three singles – 2019’s “Death Wish,” 2020’s “Eye Sore,” and the Stumblin EP, a six-track effort that proudly represents their seaside home.

Lebbs has recently released his solo debut, 6-5-Heaven, featuring standout singles “Right One,” “Self Assured” and “Too Much.” That “Flake” isn’t yet a single speaks to the quality of the project, and if you like your hip-hop jazzy and your accents English, then you’re in good hands with Portsmouth’s finest. You should tap in with Lebbs on Instagram and Facebook too, because when he’s not dropping heat, he’s noodling about on guitar, throwing out loosies, and generally being very funny.