LaLion: The King of Consistency

To get to where I’m at you gotta just do it every day, all your life. If you can think about something else throughout the day other than your goal, I’m sorry to say it’s probably not for you. This is kind of the only thing I think about.” – LaLion for CentralSauce

This sounds like extreme advice, right? J. Cole just spoke about it in his documentary for The Off-Season — do you really want to look back 10 or 20 years from now with this music shit and be like, the reason you didn’t make it in music is because you didn’t put in the work? — and it’s a huge part of success for so many artists. Some of us are born with a God-given set of circumstances (like maybe you are Jay-Z’s firstborn child). Others have to grind, indefinitely, to make headway. To get HipHopNumbers to where it is now I consistently worked 8-10 hours a day, for over 3 years. I would even work on dates when the girl I was seeing used the bathroom or went to the bar.

There are few people working as hard as LaLion, and that’s exactly why he has 20 million streams on Spotify and 200,000 monthly listeners. His process is routine now, but it still takes huge amounts of energy to enact.

As you know I’m dropping a song a week, I’ve been doing that for a long time so it’s kind of habitual that I’ll prep the song this day, I’ll prep the ads for it this day, all the promo and schedule my social media stuff so it’s kind of just habit now… If you have that passion and that drive, it’s inevitable for you to get to where you’re at

LaLion is the exact opposite of the oft-misunderstood (and misnomer) industry plant – he built his incredible numbers alone. There’s a special kind of inertia to overcome when you upload your first piece of content and see the number sitting on 0 — plays, streams, views, likes, whatever. Everyone tries to go viral to bump that number up, but how often do you click on a viral tweet and see someone with less than 1,000 followers? Virality does not equal long-term success unless you can recreate it consistently. Consistency is at the heart of LaLion’s process, and he credits it as the reason for being at the level he is today.

Consistency – that’s the number 1 thing. I’ve been doing this since I was 9 years old but I’ve been putting out music since I was 14 or 15. There are like three or four mixtapes out there that nobodies aware of, and during those mixtapes, I was still releasing a song a week. To get to where I’m at you gotta just do it every day

The other side of this consistency is the need to maintain a steady flow of income in order to devote the same time and energy to music. Consistency of process hopefully equals consistency of outcome, and whilst this isn’t always the case with art, in the world of streams and algorithms, finding something that works and repeating it ad-nauseum is bearing financial fruit for LaLion. This is the question I’ve been asked so often – “Do you make enough money to live off?”. LaLion is on a fruitful path: his Spotify following is blossoming into an income stream that’s almost self-sufficient.

I’m pretty much 50-50 with what I’m making at my job, I still work a 9-5 part-time. The goal by at least this summer is for me to be able to quit that job and only do music…

And for all the naysayers (myself included) I asked the question: “Is streaming revenue enough to get by?”

Truly it might be, it should be at some point. You see people like Russ, he’s making bank just off streaming. My point of view is there’s no reason he could do it and I couldn’t. 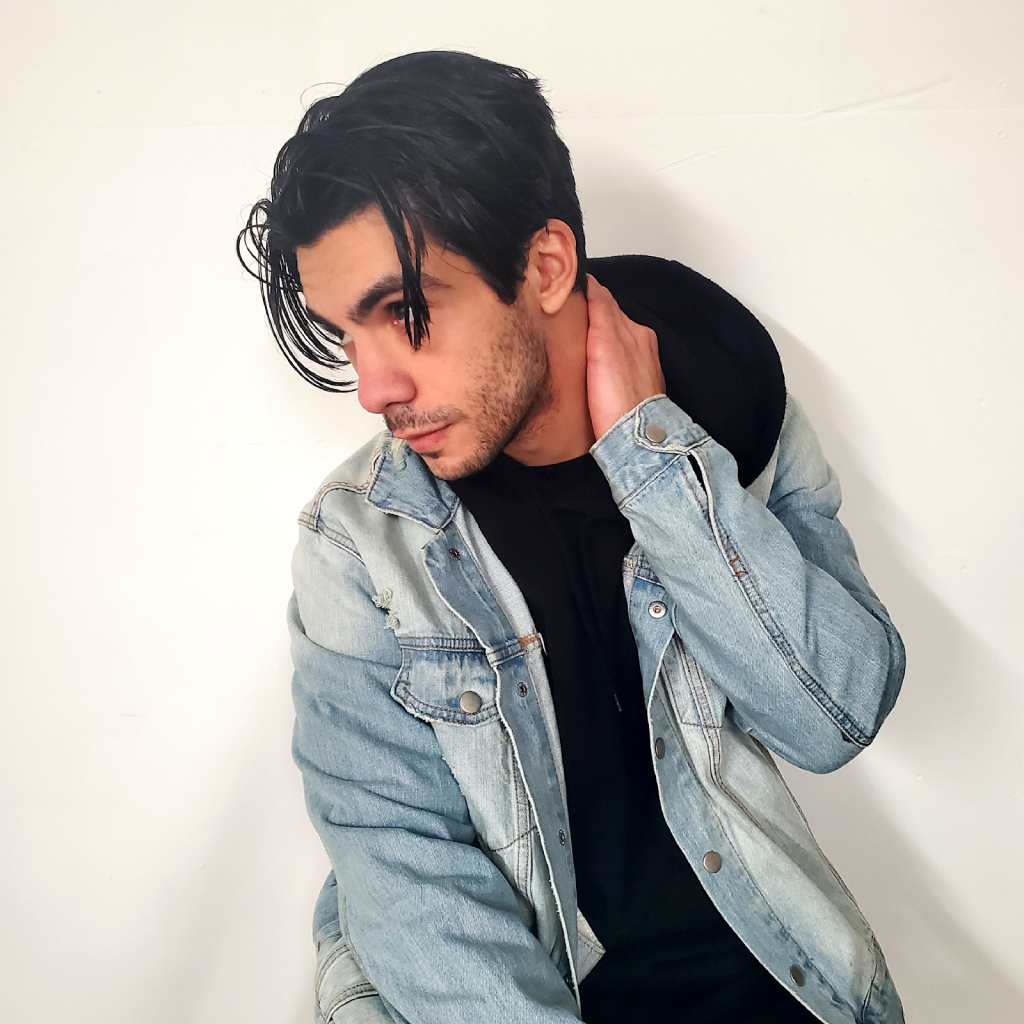 The wildest part about LaLion’s story might not even be the hours he pulls and the consistency he exhibits. He taught himself how to mix and master his own music, and he’s never stepped foot inside a studio. Don’t underestimate how important this is. Despite the fact that the Soundcloud generation normalized poorly-mixed music and rough demos being released as full projects, the rapid ascent of technology has brought mixing back to the forefront of requirements for artists. Well-mixed music stands out, it sounds professional. If you’ve got a Spotify playlist where every song except one is mixed well, guess which song is getting cut?

I’ve never been in an actual studio… I’m doing everything myself, everything in FL Studio. I’ve never learned mixing from anyone, just YouTube tutorials. I spend a whole day mixing, I can probably get 4 or 5 songs down. It does take a lot of effort, you can listen back, once I started getting nerdy with it the quality started showing up

It was the polished and professional sound of LaLion that first stood out to me, but the content kept me coming back. Over the course of the last 4 years, he’s dropped bulk product on Spotify traversing deep and difficult grounds — mental health, racism, human emotion, world conflict. Generation of Sedation is his opus in my view — a concept album in which LaLion introduces different substances and details the implications of over-indulging in them.

When that record came out it was about the time when Lil Pump and Lil Peep and all them were popping. I was pretty into Lil Peep so it was kind of weird seeing the effect that kind of depressing music had on myself, so from there I made Generation of Sedation because I was confused as to why I was feeling like this and I wanted to find an answer… I was young and experimenting with this and that, it was just trials and tribulations.

Hip hop’s mainstream has been awash with substances for well over a decade now. Future is somewhat of a talisman for the current generation — a commercial giant who talks about drug consumption on a regular basis. His content is the vanguard of an entire generation of rappers obsessed with chemicals, it almost feels like every mainstream hip hop album has at least a few bars about consumption. 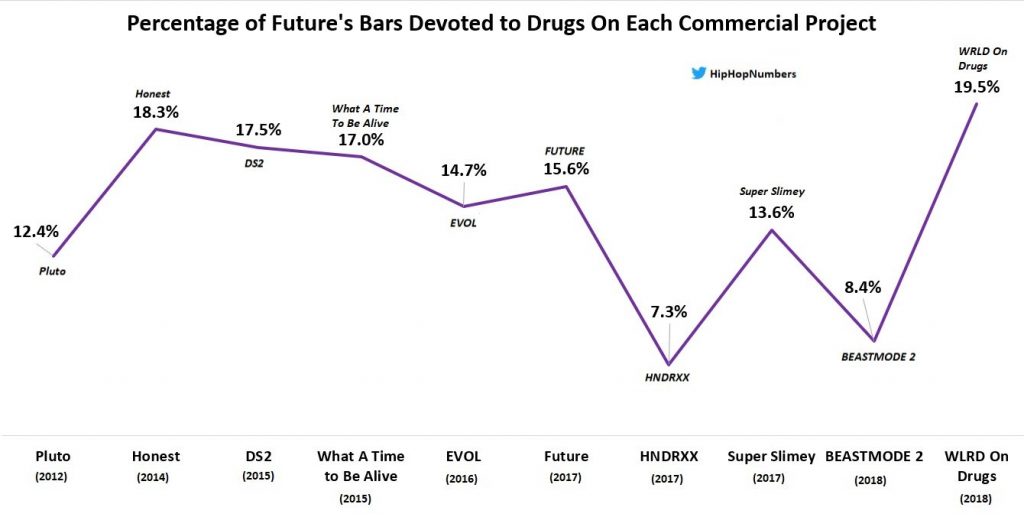 Danny Brown is one of the few mainstream artists detailing both sides of the spectrum — the euphoria and the pain. His embrace of the consequence of drug-taking is actually very rare in mainstream rap, and that’s something LaLion is vitally conscious of and actively trying to change

I definitely see it [consumption culture] as a negative influence, but that’s not to say I’m not personally speaking on that matter. Pretty much anything you say, if the right kid hears it he’s going to be affected by it…. I’m a part of it but I also kind of hate it. I’m always thinking ‘if I say this, what will this person’s life look like after I say that?’ That’s kind of like the battle I always have… You have to find the line where you can say something provocative that you’re living, whilst also being aware you’re affecting people. If you’re like ‘I took these drugs and this was the effect’, if you’re talking about it from a neutral standpoint then it could be looked at as positive

This line sums up that entire exchange:

My main goal with all this is to make outsiders feel like somebody knows what they go through. When I get DMs about that it just reassures me that I’m doing what I need to be doing.

We get even deeper in the next section. LaLion is Armenian, and his parents actually had to flee the conflict the country is entangled in. The recent history of the country and people is sad — in 1915, Turkey committed genocide against Armenian people in Turkey. Turkey deny the genocide to this day, but many influential countries acknowledge it, and in April, the U.S. Government finally recognised the event as genocide. LaLion talks about it on his track “1915 / 1920” whilst diving deep into the way the Western world whitewashes the news and avoids talking about any conflict outside of a small ecosystem

My main goal with the song, I really wanted it to blow up so in a way I can educate a lot of people, because ask ten people, nine of them won’t know where Armenia is or what Armenia is, so trying to spread the word… It’s definitely a mission and a goal of mine to help my people

And this is LaLion — an artist adept enough to adapt to any sound, any topic, any energy, and someone with the tools now to create from the heart and pull his devoted listeners along with him. The grind and process is impressive and as someone who mirrors his sentiments about the relationship between hard work and success, it’s invigorating to see someone succeed through hard work alone. Always trust the process.