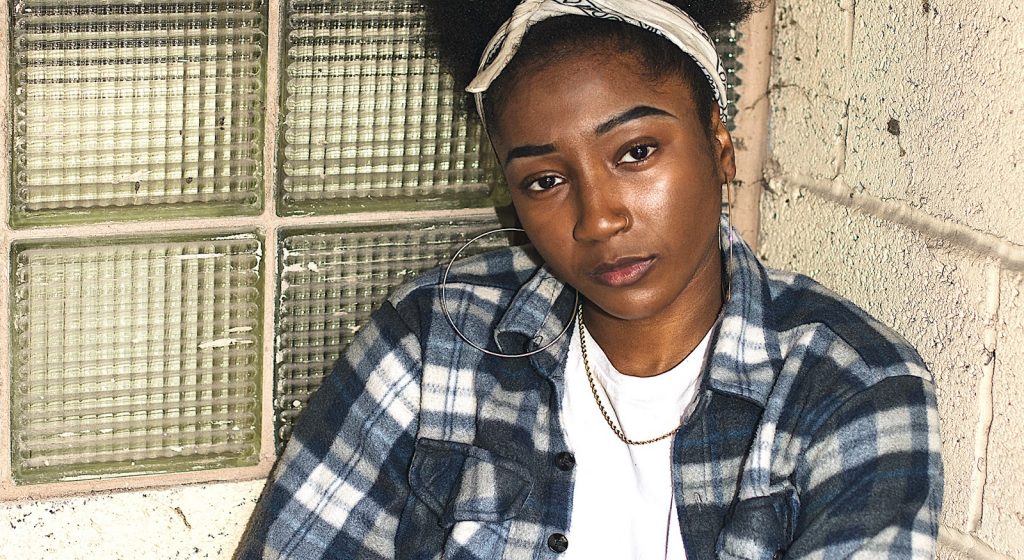 Lady Sanity slipped into our inbox at SubmitHub in mid-November, and up until that moment, she was an entirely unfamiliar artist from the other side of the world.

The British emcee has been around for a minute, and it shows in her command of both her voice and vision. It comes as no surprise that the emcee lists both Lauryn Hill and Rage Against The Machine as influences – whilst it might sound like a novel combination, her sharp sociopolitical criticisms and winding cadences channel both acts in equal amounts.

It can often feel, in the world of Drake and Kanye West, that hip-hop has lost the transgressive edge that once made it the bane of authority. In the late 1980s, it was activist and soon-to-be second lady Tipper Gore who pushed back against the artistic freedoms that the artform allowed; in the ‘90s, it was Vice President Dan Quayle who said 2Pacalypse Now “has no place in our society”; but the genre was largely unrepresented in the wave of post-9/11 self-censorship, adapting to the sanitized constraints of radio play as it rose to the forefront of popular music. It’s now 2019, and the culture is amongst the United States’ most dominant, a fact that might have you think the continued policing of minority musicians is a thing of the past. It certainly isn’t.

UK emcee Lady Sanity knows this. Her new single, “Trappin,” speaks to the politics of race through an embattled artform, one that’s recently seen live shows and music videos banned, the criminalization of a wholly black genre, and the outright profiling of such artists – and that’s just in Britain alone. As she explores in the first verse, there’s a requisite sound and aesthetic that can be thrust upon emerging artists, shaped by the constraints of the industry and the promise of mainstream success. There are things you can’t talk about in the pursuit of such acclaim, and racial politics is policed far more than sex, drugs, and violence.

Brothers serving time like fine wine to a guest / And you’re about to do a warm-up, beg you talk about your stretch / They’ll put you on a platform, you better pray you’re kept / You better watch your words with an image to protect…” – Lady Sanity, “Trappin” (2019)

As “Trappin” veers from flashy braggadocious rap to the outright political, it does away with the very constraints it depicts, becoming an exemplar of its own philosophy. The trappings of a track about “a brother killing a brother” are far more socially permissible than, say, addressing the fate of Mark Duggan, shot by police in 2011; the Grenfell Tower fire, which disproportionately affected blue-collar minority residents; the Tulsa Race Riot, a century-old manifestation of racial hatred that’s minimised and erased; and the New Cross house fire, the suspicious and still-unsolved 1981 blaze that killed 13 black youths. Then there’s the Handsworth Riots – an event of which this writer was previously unaware – which could refer to any of the city’s five violent flashpoints, the most recent following Duggan’s death at the hands of police. This is both history and memory for the emcee, as Lady Sanity herself hails from Birmingham. It seems that a violent and visceral depiction is appropriate so long as it doesn’t tread on the toes on authority: interrogating the socio-political roots of real-life crime is much more volatile than posing a narrative of street hustlers, drug dealers, and intra-community clashes.

Related Sauce:   Why We Like It: Tré Yung aka Donnie Durag’s “No Laughin’” Ft. Sky Johnson & HighGrades

Recalling Vice President Quayle’s comments on 2Pacalypse Now, it’s no surprise that Pac’s most salient and seethingly sociopolitical record had “no place in our society.” It’s convenient to ‘other’ the challenging perspectives of the embattled and underrepresented – see the use of “our,” contrasted with an inferred “their” – as defining society by perceived majority values ostracises minority perspectives, breeding ignorance, alienation, and mistrust. To broach such uncomfortable subjects is to shed light on that which might be forgotten – in fact, conforming to that mandated forgetfulness is what the establishment is counting upon. As Lady Sanity notes at the close:

It’s never been easy to speak truth to power, and whilst the halcyon days of Public Enemy might feel like a distant memory, incendiary and political hip-hop is still alive and well. It’s a pity that her observations on industry politics and repressive tastemakers are so astute, as they certainly won’t help “Trappin” make any influential playlists or radio station mixes. That shouldn’t matter – it’s fierce, unrelenting, intelligent and incisive, and in speaking her truth, Lady Sanity has come out to bat for her right to honest artistic expression. At the end of the day, that’s the very reason we spotlight tracks like this. That’s what CentralSauce is all about. 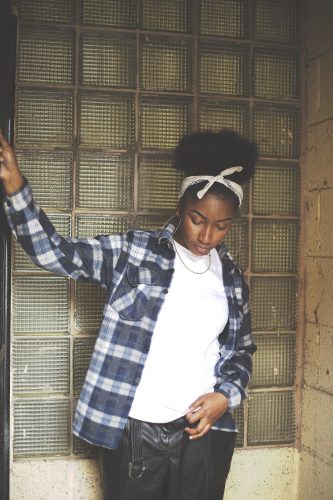 [I got into hip-hop by] just hearing all sorts of music around me growing up. I was the youngest grandkid out of a big bunch so I had the influence of my cousins and sister. So when I hit my teens and I was finding my own interests – music jumped out. Hip-hop just resonated the most, the attitude, the DIY & community spirit of it all – the confidence & knowledge I discovered from certain artists – I became infatuated with the culture.

The creative process was quite straight forward for it – my boy Fuego X just sent me a couple of beats and this one stood out. It was simplistic but gritty and I knew I needed a REAL gritty topic for it. I scrapped and re-wrote verses a few times because I needed it to hit correctly. My engineer Zion made sure there was space, especially in that second verse where everything cuts out, to really get to depth with my words & delivery.

Like most of my songs, I made “Trappin” based off of what I see. “Trappin” is all about the stereotypes of ethnic minorities and rap artists in particular; and how the creative industries can sometimes mentally and financially restrict them. There’s pressure to look a certain way, talk about certain topics, and in some cases just BE someone that’s not you. In the first verse, I sort of take on that personality of just being money-hungry & wanting to ‘stunt’ on people – but there’s also a bit of doubt in what I’m getting myself into.

I think every artist comes to a point in their career where they are offered something & you have to decide whether it’s for you or not.

Then the second verse is like an awakening of how damaging constantly pushing that narrative can be.” – Lady Sanity for CentralSauce (2019)

You can check out more of Lady Sanity’s music – there are 11 single and EP releases, all in all – on Spotify, Apple Music, and SoundCloud, and her YouTube account plays host to a swathe of videos for cuts like “Role Models,” “Can’t Say” and “Future.” She even laid a neat live performance of “Noise” for BBC4’s Loose Ends!

Related Sauce:   Why We Like It: Darren James - “Fuckin It Up”