CentralSauce » Why We Like It: The Kii & Kelvyn Colt’s “Walk Alone” 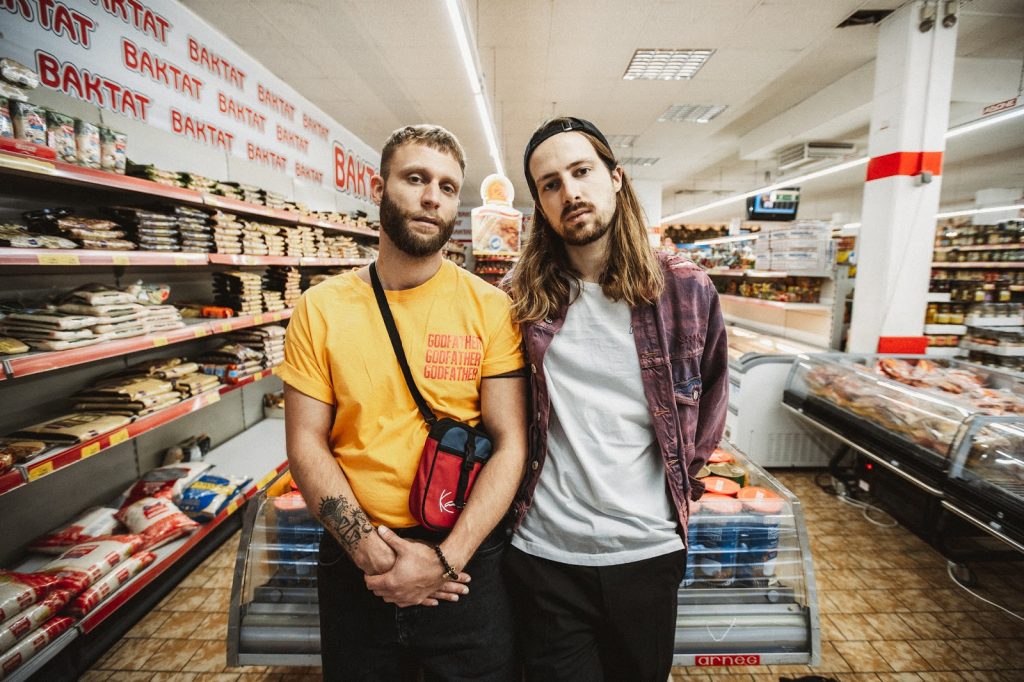 The Kii is the production duo of Jan Lilienthal and Michael Nowatzky. However, their ability goes far beyond just beat-making. The Kii are producers, songwriters, multi-instrumentalists, creators and creative consultants. After writing and releasing with Juju Rogers and LOOF the Kii are now set to release their Debut EP, Walk Alone, this year. Five songs, five singles with features and collaborations of all colors and sorts. The first of these is “Walk Alone” featuring Kelvyn Colt. For this standout track they laid the basic beat first and then Kelvyn laid the vocals on top. Then they did some tweaks on the arrangement and added finishing touches on the production to really get the sound dialed in. Officially there is only Kelvyn Colt on the track, and for a reason undisclosed to CentralSauce they are not allowed to disclose who did the female vocals. There is an accompanying video for the track which really creatively ties its theme of toxic love to a video game battle. Thankfully it ended up in our SubmitHub inbox.

Unquestionably to catch my attention a song has to tap into something specific, as well as be unique in delivery, sound, etc. I did feel intrigued by the sound of The Kii’s “Walk Alone” feat. Kelvyn Colt, but it wasn’t until I took in the music video that the song truly elevated. The video connects the song’s main theme of toxic love in a malignant relationship to a Soul Caliber meets Grand Theft Auto style video game battle. As the visual dives deeper into its own storyline, suddenly the lyricism and the instrumental transitions come alive with new depth.

As Colt sings the hook’s lyrics “oh we been down this road before” an image appears on the guy playing the video game’s screen of a warrior woman labeled “New Mission.” The two ideas, visual and lyrical combined, explore the idea that though this new relationship provides its own hurdles, the act of diving into love that isn’t healthy is part of patterned behavior the man playing the game keeps engaging in.

As the first verse switches to a female voice we realize that the challenger the man is facing is seemingly attached to the profile of another live gamer playing as the female character. As she comes in and sings, also while fighting in the game, we hear the back and forth perniciousness of this relationship’s continual fight. She sings, “you never here when I need you,” then he sings, “all of these things you blame it on me, for what, only your guilt.” The fight we hear now is built on a “who hurt who” never ending argument that is filled with denial and blame. The virtual and real fight ensues.

The greatest moment of the vide/song is as Colt calls his lover a “HO,” simultaneously in the video game he drops a bomb/ grenade on the woman warrior he is fighting. Not only is it humorous but wildly poignant to the progression of a fight. The bomb ends up being the reason he loses the fight. Then as the video comes to a close, and the beat created by The Kii that has been bumping to drive the song fades, we realize that the two gamers actually are playing in separate fights that they both lose. The metaphor of the song and video is that as the relationship has progressed into battles in isolation, it is no longer a viable romance to continue in. As you re-listen to the track again, even without the video, the poignancy still holds and the song becomes incredibly repeatable. 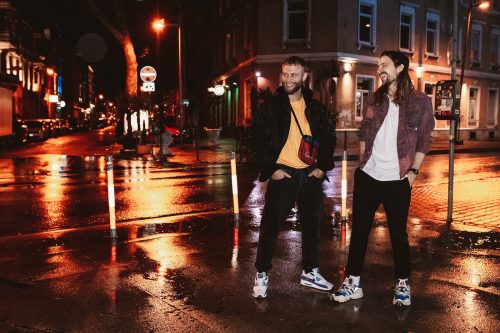 The idea [for the video] really came from the guys that did it (Sascha May and Vanessa Stachel). It just perfectly describes what it’s like to be in a toxic relationship with no apparent upsides. We think a lot of people know what that feels like. So, we loved the idea from the jump and then worked in some of our aesthetic ideas, because we’re really specific about what the song and video should feel like.” – The Kii for CentralSauce (2020)

More From The Kii & Kelvyn Colt

This high standard The Kii keeps, stems from their musical upbringings. Music runs in both families. While Jan picked up guitar and bass from an early age, Michael first started drumming in his childhood, which meant it was only a matter of time before fate would have the two meet during their careers in Berlin. During a shared semester abroad in Chicago, the two honed in on their musical prowess, playing around and experimenting in Gospel, Jazz, R&B and now begin their journey through Hip-Hop. Other standout previous tracks include “Everytime” and “The Way You Love” both feat. LOOF. Kelvyn Colt also has some standout previously released features like on Kranium’s “Money In The Bank” and on Greatness Jones’ “DLMD.” Lastly, follow The Kii on Instagram and follow Kelvyn Colt on Instagram and Twitter as well.