Kendrick Lamar and Future dropped their first ever collaboration – a single – this morning. It (somewhat) restored our hope for the forthcoming Black Panther soundtrack. 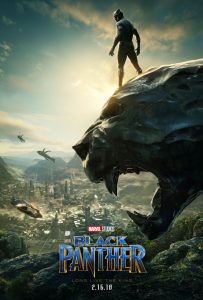 Kendrick Lamar is personally producing the original soundtrack for Black Panther, which premieres on February 16th, 2018. “King’s Dead” is the second single we’ve heard this far from the forthcoming Black Panther film. It’s the best by far. The soundtrack’s first single, “All the Stars”, dropped last week – and it was extremely underwhelming, particularly considering the inclusion of hot r&b queen SZA.

Both Future and ScHoolboy Q put in some notable flows on “King’s Dead” while trading lines with Kendrick and each other. Kendrick’s opening verse on the track features a distinct flow and tone which sounds eerily similar to up-and-comers EARTHGANG, who are coincidentally dropping their much anticipated EP Royalty later this January to celebrate signing on with J. Cole’s label, Dreamville.

Check out “King’s Dead” below:

Kendrick Lamar and Future are among the elite in today’s rap game. These two influential artists are spawning an entire generation of new artists who pull heavily from each of their unique sounds, and everything they touch seems to turn to gold. It’s surprising that “King’s Dead” is their first collab (outside of Kendrick hopping on the remix for “Mask Off”) – especially considering how Future notoriously loves himself a collab. The song isn’t quite what you’d hope for with these two unstoppable forces on a track together, but is still an exciting new song more than worthy of bumping throughout your Friday. Hopefully it means more (and much better) to come from the two of them.