Right now, the track is still technically unreleased and thus is available only on SoundCloud. Follow Keea on Spotify so you don’t miss when it drops!

How We Found It:
We first came across Keea and his track “Thats a Body” when he submitted through our portal at SubmitHub just a few weeks ago. The song is Keea’s second release since his debut EP dropped back in September of 2018 and the lead single of his next project, Energy.

Why We Like It:
The first thing you notice about this track is the bounce – undoubtedly West Coast with the smooth operations of Keea’s flow over top. The thing that brings you back to this track after first listen is undoubtedly the hook: it’s catchy, flows so smoothly, and manages to be memorable without being overly simple. But what keeps you coming back to this track is Keea’s flows and rhyme structures. Two structures in particular stand out and you can catch them back-to-back at the :58 mark – the first stanza revolving around “dividends” with “citizens”, “livin’ in” and “immigrants”, while the latter builds on “dancer” with “cancer”, “answer”, and “ransom”. The song is short but feels complete, largely because Keea fits such impressive lyrical density into such a condensed timeline.

West Coast music is specific to me. From the Bay Area and Sacramento all the way down to my city, music made in California has it’s own sound. I love it man. So many different elements filled with energy that you can’t replicate outside of the state. Nate Dogg, Eazy-E, E-40…now Mozzy, Anderson Paak, Shoreline Mafia! Our music out here is on it’s own level. And then we got K Dot and the rest of that powerhouse. Can’t underestimate West Coast Music.” – Keea 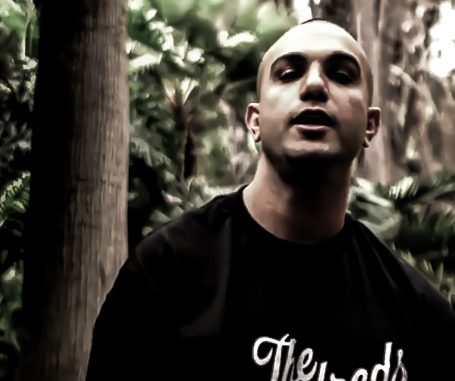