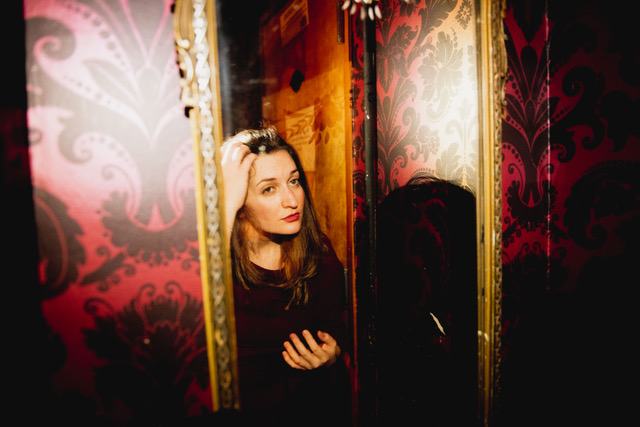 “D_LETE” is yet another fantastic track I never would have heard if it wasn’t for spending some much needed time in the CentralSauce music submissions portal. The gentle, raspy voice of 29-year-old New Yorker, Kara Ali, quickly brought me to a place of vulnerability, but not without the taste of security that comes with confidence in trials put far behind.

The sound of “D_LETE” is the sound of stepping outside after a heavy rain. The sky is still a little grey and the storm is still visible in the distance, but the warmth of the sun cracking through the clouded stratosphere is a reminder that all bad things pass, and the chirps of birds leaving their shelters for the feast brought to the surface by the deluge is a reminder that even the stormiest skies bring new life. Ali accomplishes this feeling in two ways.

The first is the simple but fulfilling sound of her guitar combined with a clever doo-wop vocal background. Time spent studying sound design at Northwestern University in Chicago lends a sophisticated level to the soulfull throwback feeling of “D_LETE.” The track’s co-producer, Robert Farren, provides an understanding rhythm that kisses the soundscape with the gentleness a track like this needs. Ali herself refers to the sound as “new vintage” and attributes it to inspiration from the likes of Amy Winehouse and Leon Bridges.

If “D_LETE’s” production is the warm feelings of the calm after the storm, Ali’s passion driven vocals and their lyrical content are a reflection of the storm itself and the traces left behind. Years spent in the musical theatre have trained Ali’s voice to convey the emotions of storytelling through song with a theatrical quality that connects an audience to a character on a deeper level. However, this time the character we’re connected to wasn’t written in script or stage directions, but in the reminiscing of the life and struggles of the vocalist herself. I’m fascinated by the idea of retrospection in music.

And I’ve been working overtime / Just to try and keep that memory off my mind / And everytime it irks me when I look behind / I know I’m doing fine, yeah I’m so much more than fine.” – Kara Ali, “D_LETE” (2019)

Perhaps only in music can intense reflection on very dark moments of life sound so uplifting. This phenomena may have been perfected recently in Tyler the Creator’s “GONE GONE / THANK YOU” as he expresses utter elation at falling out of love with a sound that is overwhelmingly positive and exciting. “D_LETE” successfully achieves the same complex emotional response with its uplifting retrospection, but in a way that is unique to Ali’s new vintage sound. At first glance, her lyrics seem to bare heart to a similar story, but my interview with Ali was a reminder that life holds more speed bumps than love and other kinds of relationships can be just as difficult and demanding. 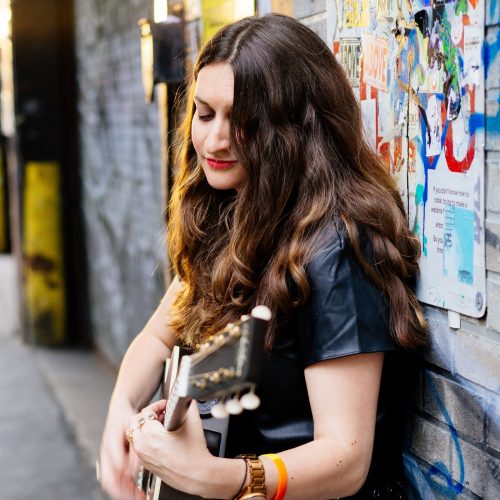 From the Artist:
Interview lightly edited for clarity.

A lot of music comes from the heart, is there a reason the subject spoke to you strongly?

I think that for about 3 years I was working with this producer. We were kind of codependent honestly, in every sense of the word other than it being a romantic relationship. We were really each others’ right hand person. I thought this was going to be maybe a big break. You think certain things when you’re younger, you think about who’s in someone’s circle and how that can impact your career and your future… I think that after a while of being in this codependent relationship I slowed down. I didn’t really write as frequently, maybe didn’t even feel like I wanted to perform as much, I was kinda shell-shocked. I’ve been able to rebuild and revamp going forward and that’s why this song means a lot.

You said “D_LETE” is a song about “realizing you might need to cut certain toxic people out of your life and move on.” I think this is something most people can relate to being a pretty difficult thing to do, but “D_LETE” sounds like a pretty positive take on the situation. How did you bring this uplifting sound out of such a commonly rough experience?

I think that there’s been enough time that’s passed, like I think time does heal all for the most part; not all completely but it takes a good amount of time to get over a bad situation… I think I was not in my healthiest place, I was not in a balanced place in life, I was spending late nights in the studio kind of not getting enough done in the way I wanted to and things weren’t moving in a way that I felt that they should. I think it’s been really nice to be able to step back from that situation and realize that my success did not just hinge on one person’s opinion. It felt really healthy to kind of step away from that, and you’re ready to move on and delete that experience from your life and grow from it. The idea of moving on feels really nice and to be able to write songs in retrospect of that feels really nice.

I really like to get into lyrics and learn about an artist’s process writing them, so I’d love for you to expound a bit on these lines: “And as time passes we grow wiser / less starry eyed, but less naive / looking back it’s so much clearer to see why / There were certain things we just couldn’t quite achieve.”

So I think that looking back, the lyrics are kind of very much about me being a younger version of myself. So that ‘less starry eyed, less naive’ lyric is really key to me. I think that sometimes when you’re young and you’re excited about your future and your career with your music you’re kind of starry eyed, you’re excited, maybe even a little bit blind. You’re kind of like ‘I think I’m gonna be this really big thing,’ and that’s really great, so the fact that im less starry eyed now is maybe a little bit sad, but it also means im less naive to the fact that things don’t always work out the way you think they will, or there’s more than one road to success.

Due to the subject of the song, it seems natural for it to possess a retrospective tone, so what have you learned?

I think I’ve learned that you have agency as an artist, you can drive your own destiny. It is hard work, it is something that is near and dear and something that is especially kind of personal in so many ways; it’s hard to divorce yourself from the art you create and I think that you don’t have to rely on other people necessarily… they should be your collaborators, they should be the kind of people you turn to to make your sound stronger and make your overall artistic vision come alive, but you have a lot more agency than you think.

What advice would you give to someone struggling to make this realization for their self?

They do have agency, and it’s never too early or late in the game to rethink how you want to sound or rethink the people you want to work with, or if you have someone who is really toxic or maybe not right in your life then it’s ok to take a step back and figure it out. And take your time too. I think if you put deadlines on things or say, ‘by this time this is ready,’ or ‘by this time this will be what I’m doing,’ I think you set yourself up sometimes for disappointment in another way. It’s ok to have a slow burn and work toward what you want your sound to be and work toward what you want that track to be. 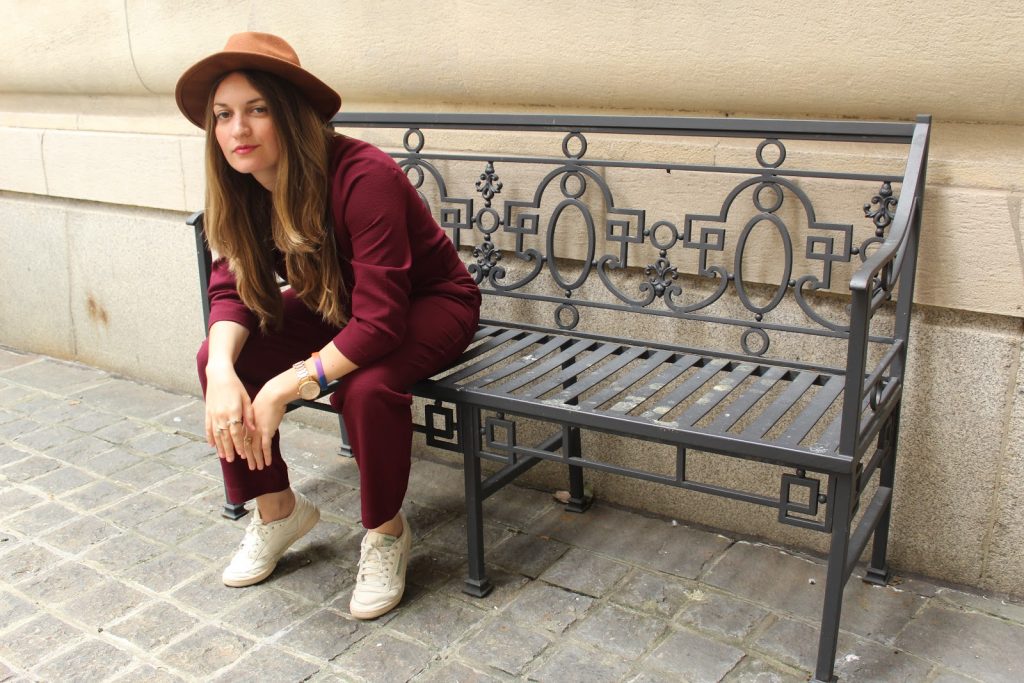 If you’re looking for more of Kara Ali’s “new vintage” sound check out Stars on the Moon and other singles on her Spotify page. Ali plans to re-release some of these singles in an EP. If you live in the New York area you could also be lucky enough to catch Kara Ali at one of her upcoming free concerts; Friday, September 13th, 6:30 p.m. – 9:30 p.m. at Ace Hotel’s, Collabaret Face of Ace, or Saturday, October 19th, 6 p.m. at Rockwood Music Hall.