Watch Kanye Perform Acapella on Top of a Table at Facebook

What would you give to have Kanye West show up to your office at lunchtime to give you and your co-workers a one-of-a-kind, private concert? Eight years ago, Kanye stopped by Facebook Headquarters in Silicon Valley and did just that. Here are the videos from that day.

Few artists understand the intersection between marketing and music quite as well as Kanye West. For over a decade, Yeezy has been showing us how to build a personal brand so compelling that it blurs the line between icon and full-blown cult of personality.

In 2010, Kanye was hitting the streets hard to build hype for his forthcoming album (and one of the top albums of the entire 21st century), My Beautiful Dark Twisted Fantasy. In an unabashedly Kanye move, Mr. West showed up at Facebook HQ in Palo Alto, CA without warning to debut some never before heard material. 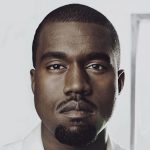 Standing on a folding table with no mic, in front of a room filled of Facebook staffers, Kanye initially appears a little uncomfortable. He adjusts the lapel on his freshly tailored suit and launches into a spoken word performance that shows his charisma and poetic ability. As he continues, the crowd grows quieter while Kanye’s voice grows louder and more confident. Considering Kanye’s incredible talents as a producer, it’s frankly amazing that he also has the vocal chops to give chilling performances like this.

The impromptu show contained a performance of “Mama’s Boyfriend”, an original poem penned by Yeezy himself, followed by the first verse of “Lost in the World” from MBDTF and a full rendition of “Chain Heavy”. For those who don’t know, “Chain Heavy” is an overlooked Kanye song that missed out on MBDTF and was released as a GOOD Friday single, featuring Talib Kweli and Consequence.

Check out the videos below to experience a rare side of Kanye that few get to see.

“Many times in life I’ve had to deal with moments of doubt. And as it’s been a minute since I’ve performed any fresh material in front of an audience, this could’ve been one of those moments… but it wasn’t,” West wrote on his blog in a letter addressed to the Facebook crew. “Your energy was a gift so electric, so genuine, that it really helped me give my best. The energy was so inspiring I had to keep going! I just hope you got as much from me as I got from you… which was everything! Love to all my fans, especially at Facebook.”