CentralSauce » Why We Like It: Kai Straw’s “Are You Coming With Me?” 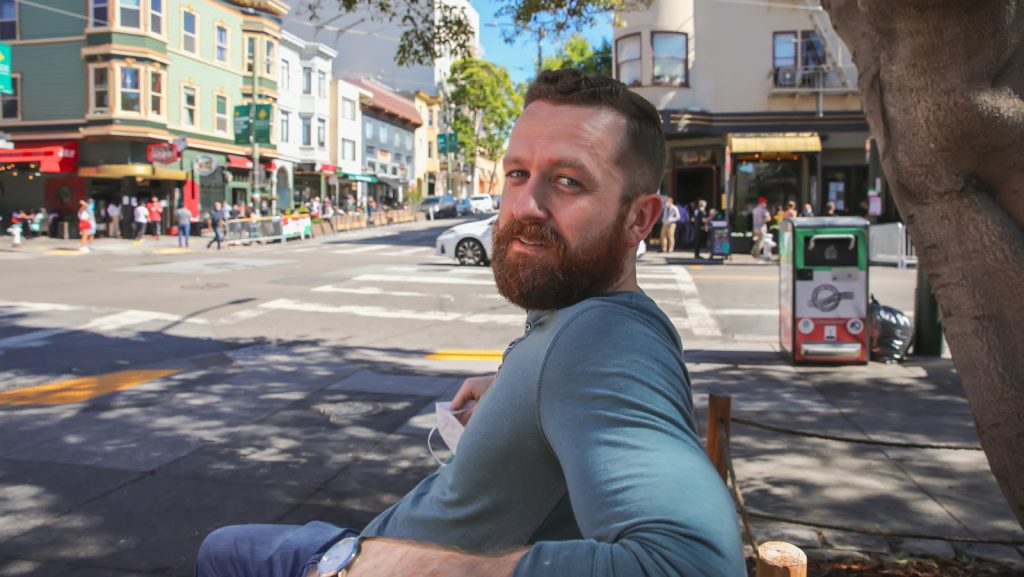 “Are You Coming With Me?” — Kai Straw

Are You Coming with Me?

Kai Straw is back! I previously penned a WWLI piece on his single “Imagination” back in May. Kai told me he worked with some new collaborators on this one. David Ure was the guitarist and he worked with Zeph Sowers on the instrumental. However, as expected all the vocals are still his. Kai describes the song as “the auditory equivalent of sex,” though to me it feels a bit deeper. Thankfully it landed in our SubmitHub inbox.

That slight sound that can only be described as the crackle before a record starts is one of the prettiest subtle tonalities one can hear. Whatever device Kai Straw used to record the guitar opening his new single “Are You Coming With Me?” seems to have picked up this distinct sputter, which immediately establishes a vintage texture for the single. As the melodic plucks glide onto the canvas you immediately get a sense of the rhythm of the piece without any percussion. The guitar’s timbre is one of finessed luster, evoking imagery of a dimly lit bar or a candle-lit bedroom.

“I’ll be underneath she said,” are the first words you hear sung as sparse yet precise percussive hits also enter the soundscape. The direct meaning of the opening line seems to be a classic exchange of positional agreement during lovemaking. Especially with the slightly later line, “I could hear in her breathing what she needed,” it’s a safe guess to assume sex is at the core of the expression. However, the controlled and careful delivery made it impossible for me to not hear another exchange. As the song continued, I couldn’t help but try to decipher if what my instinct was noticing was what was lying beneath the physical intimacy, or another circumstance entirely that it paralleled.

I’m a sucker for a question in a chorus. Most recently the one that has hit me the most has been James Blake’s “Are You Even Real?” Straw sings his own potent question here in the hook that is also the song’s title, “Are You Coming With Me?” The sexual connotation is obvious, but what the question also seems to suggest is a more in depth query about reciprocation. Whether he or she is asking the question the check for similar feelings aligned with the lustful connection feels strewn through the conveyance and color of the instrumental. The dark pink cover art with Straw’s now signature skull here seems to hint at the more head-first grappling with him and his lover’s points of view on their relationship itself. The idea of questioning if a partner’s connection matches your own especially during a moment of intense passion is invariably human. That doubt we all can’t help but contemplate can drive us a bit crazy.

“I could hear you no need to speak. I could read you, I see the calligraphy. The way you lean into me. The way you bring me to your wisdom teeth,” is the beginning of the third verse. That last line is blush inducing for sure, but this sequence also feels as if the sex talk is paralleling a fight that could have led to it. I could be reaching, but leaning into Straw sounds like while it could be bodies merging could also be committing to a critique that needed to be said. As Straw reiterates the hook one last time with this time a more strained vocal delivery of the question it feels truly as much of a finale of the bedroom session as it does a plea for equal feeling and effort. I questioned Staw on the double meaning, but he left me in the dark like the possible next move after the song’s conclusion. 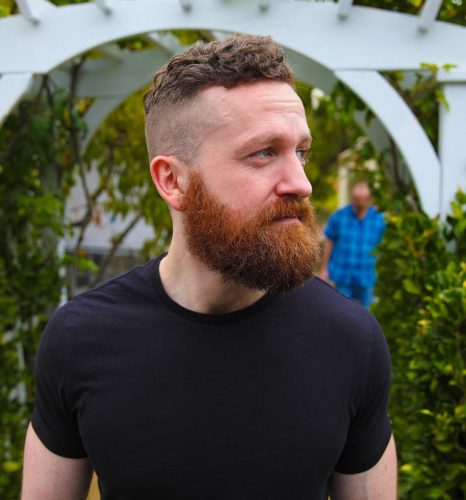 Some people look to the artist for the ‘real’ meaning behind a song and I don’t always want that to exist. The meaning someone else takes from a song is just as valid as whatever meanings I may have intended. Art is participatory in that way. I create something and it draws out thoughts and images in your mind. Some people use the artist’s intended meaning to invalidate their own or those they’ve heard from others; I don’t want that.”- Kai Straw for CentralSauce

In March of 2020, Kai Straw lost his job as a nightclub manager due to the COVID-19 pandemic – so he began to pursue music full time. Any success he’d achieved in music before COVID had been attained by waking up at 5:00 AM before work, carving an hour or two out every morning for music before heading to the club for his daytime responsibilities. With that time alone, and without the support of a label, he has accrued millions of streams across all services, gone #2 on Spotify’s Global Viral Chart, and gone #1 on Hype Machine twice, among other accomplishments. One can only imagine what the future holds for him considering all of his time will now be spent making music. Straw has been releasing one single per month, the last Friday of every month. This is his 6th single since starting the project in May. Follow him on Instagram & Twitter for any and all updates.